Gun trafficking across state lines is a problem for Buffalo

To attack an increase in shootings in the City of Buffalo, on the federal level, there is a focus on smuggled guns in the Queen City. 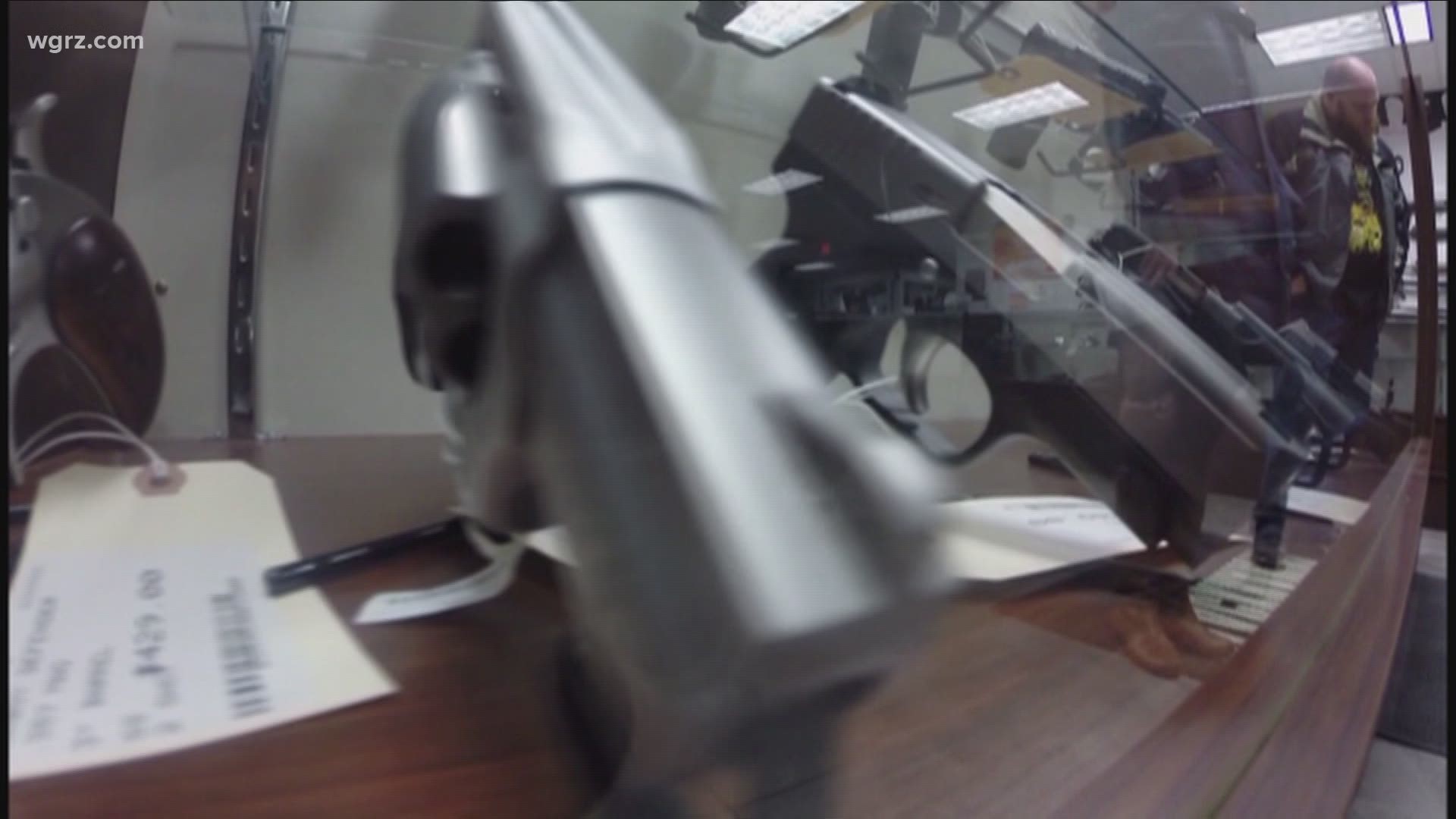 Just as 2020 was the year of COVID-19 in Buffalo, it was also tragically the year of gun violence with a projected 100 percent increase in shooting victims from 2019.

So to attack that trend, there's been more of a federal focus on gun smuggling from other states with less strict laws, like Ohio, which just down the 90.

One case in particular involving weapons like this involved two men, one from Ashtabula, Ohio and the other from Buffalo, bringing guns to the Queen City.

"They were both drug dealers and they used heroin customers that they had to make these straw purchases from gun shops in Ohio and they trafficked over 100 guns which actually made their way through these straw purchasers up here to the streets in the City of Buffalo," said James P. Kennedy, the U.S. Attorney for Western District of New York.

Kennedy added that it's "very alarming because as I said earlier those are the guns that are used to commit the shootings that we're seeing."

At Ohio gun shops, their co-defendents, unfortunately people addicted to drugs and paid with drugs, would then lie and buy.

Federal law enforcement can also handle such cases with the interstate transport of weapons, but what about at the original point of sale?

Agents can look for patterns regarding dealers, people with FFL's, also known as federal firearms licenses.

2 On Your Side Reporter Ron Plants asked Kennedy, "Is there anything they can do to try to make sure that the sales are above board as opposed to getting in the hands of these straw purchasers?"

Kennedy said "well I think what we do is we work not so much with the manufacturers but with the FFL's."

He added that "if they are not following the law in the manner in which they are selling guns, then we can, working with the ATF,  try and pull their FFL license, that's a very valuable license. So that is the regulatory side of it, is something that is definitely a focus."