From The City of Tonawanda to a Band of Brothers 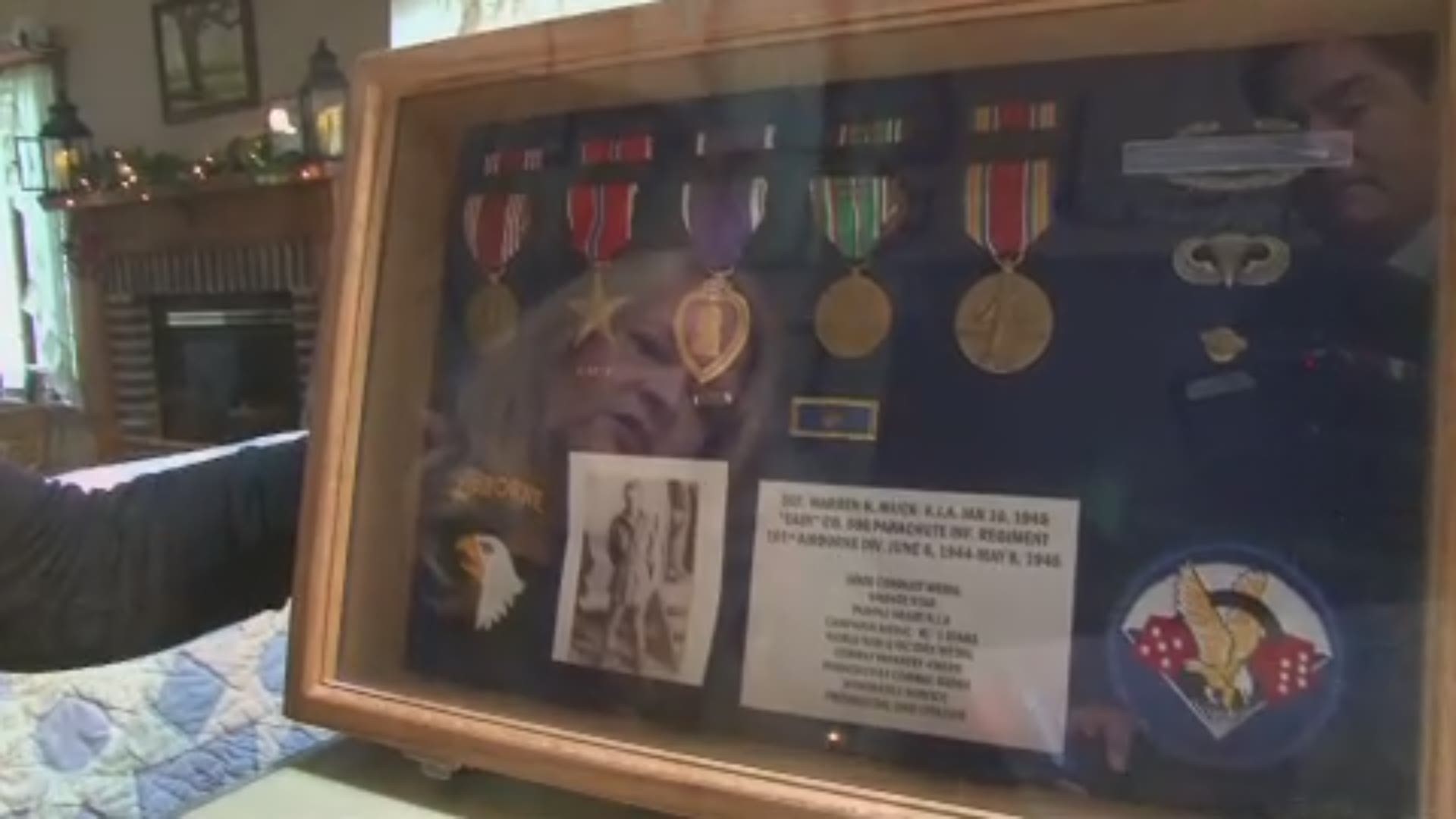 BUFFALO, N.Y. — On June 6th, 1944, Warren "Skip" Muck was one of hundreds of American servicemen who dropped into Normandy to force Adolf Hitler's army out of France and beat them back to Germany.

On January 10, 1944, the City of Tonawanda native was killed in a foxhole in Foy, Belgium at the Battle of the Bulge. For decades, his family back here in Western New York had few details about his service and the day he died. That all changed with a simple phone call according to his niece, Becky Krurnowski. Becky says her mother, Skip's sister, got off of a call back in 2001 with more questions than answers. "She said there's an actor trying to get a hold of me, and something with Tom Hanks. They want to make a movie."

As it turned out, the actor was Richard Speight, researching for his upcoming role in "A Band of Brothers." Becky and her sister began a series of emails back and forth with the actor, telling him stories of Skip growing up, such as the time he swam across the Niagara River. Speight then took the stories to the writers and all of the sudden what was a bit began to grow, and Skip Muck became a series regular.

Krurnowski says until Episode 7, they had no idea exactly how Muck had died. It showed him sharing a foxhole with one of his best friends, Alex Penkala, when they took a direct hit from a German canon shell. Becky says her mom found comfort in knowing that Skip was with his men and with his friends when he lost his life.

Krurnowski adds that this 75th anniversary of the Normandy invasion will have special meaning to her, taking her back to the world premiere of "A Band of Brothers"— one she attended as a guest of the studio, on Omaha Beach, Normandy.