The Common Council could approve plans for a 23-story tower on the Outer Harbor next week, but at least one environmental group is raising some final concerns. 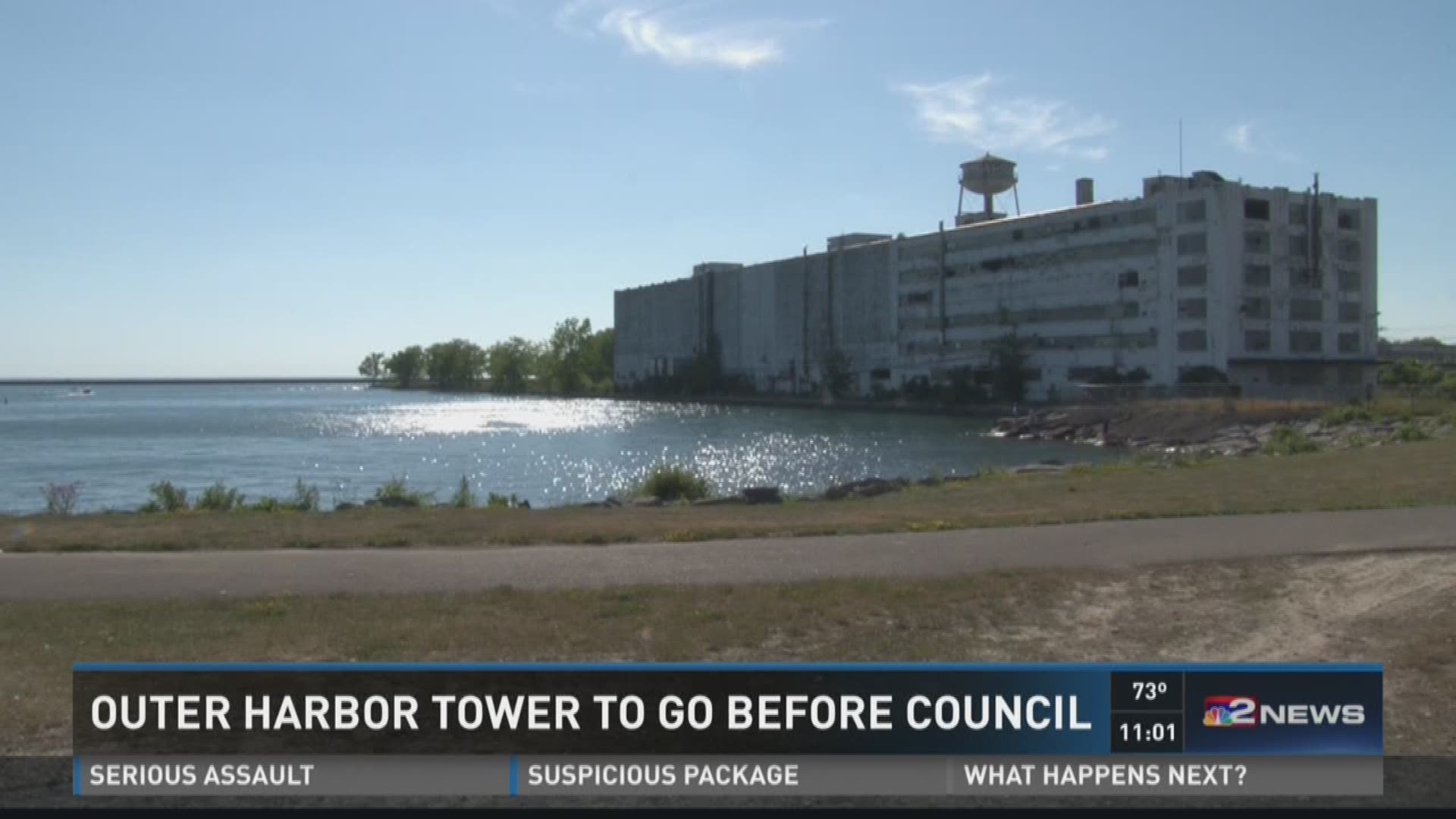 BUFFALO, N.Y. - As early as Tuesday, the Buffalo Common Council could approve a developer's plans to transform the old Freezer Queen plant site into a 23-story apartment tower on the Outer Harbor.

The vote to decide the fate of the "Queen City Landing" project has major implications for Buffalo's waterfront. If the council gives developer Gerry Buchheit the green light to erect his apartment complex, the building would become the largest residential tower in the city of Buffalo. Buccheit envisions up to 200 apartment units, restaurants, a fitness center and other amenities.

Mayor Byron Brown has said he's "generally" favorable to the project, and on Tuesday, the full Common Council could vote to approve the project. It could also vote to send the measure back to committee. The council may have the power to give final approval, but the lead agency on this matter is the Planning Board, which approved the site plan, construction and environmental aspect of the development at a meeting two weeks ago.

It's that final Planning Board approval -- the environmental aspect -- that has troubled environmental activists, who've spent months fighting the proposal for such a tall building on the edge of Lake Erie. In numerous public meetings, environmentalists have claimed a 23-story tower, placed on such important natural space, could harm bird migration patterns, affect water quality, impact fish and wildlife and potentially cause a whole host of other problems. However, the Planning Board was satisfied with the environmental information provided by the developer's team, so it voted to issue a "negative declaration," meaning it did not believe the project would cause significant harm to the environment. The Planning Board did not require the developer to submit a full "Environmental Impact Statement." (EIS)

That did not sit well with Buffalo Niagara Riverkeeper, which drafted a sharply-toned letter this week to South District Common Council Member Christopher Scanlon, whose district includes the Outer Harbor. The organization claims the negative declaration was "improperly issued." It urges the council not to issue a Restricted Use Permit for the project.

"As such, we urge the Council to request that the Planning Board rescind their issuance of negative declaration and to undergo a full Environmental Impact Statement (EIS) in order to come into full compliance under the law," the letter reads. "The procedure undertaken by the Planning Board as well as the analysis provided to the Planning Board by the project proponent was woefully inadequate given the magnitude and precedential value of this project. The Planning Board did not consider the impact on water quality nor aquatic habitat in their decision making process."

Reached Friday evening by phone, Buccheit said he believes his team has made every attempt to accommodate the environmental concerns.

In a follow-up statement, Buffalo Niagara Riverkeeper emphasized that it does not oppose development on the Freezer Queen site. However, the organization believes "any development on the Outer Harbor should occur at a reasonable and appropriate scale that also supports and benefits ecological and community revitalization."

In a phone interview on Friday evening, Councilman Scanlon said he is leaning toward voting "yes" on the project.

"If you look at what the Planning Board was doing, as lead agency, in determining that it didn't need a full Environmental Impact Statement... I think the Planning Board, in their role as lead agency, they didn't feel it needed one based on everything they looked at," Scanlon said. "The issues that were raised, legitimate or non-legitimate, by the public or other people, I think they felt they were mitigated by the developer's plans."

The project does not appear to have universal support, however. At least one council member is leaning toward a "no" vote.

Arthur Giacalone, an environmental attorney who has consistently fought the developer's plans for a 23-story tower, called it a "disgrace" that the Planning Board did not require an EIS.

"By rushing ahead and not recording the EIS, the Planning Board, and now the Common Council, won't have in front of it the kind of detailed environmental assessment that they need," Giacalone said. "And the public has just been pushed out of the system."