While COVID vaccine supplies are extremely limited, many health care workers and first responders are getting shot. Others still have concerns. 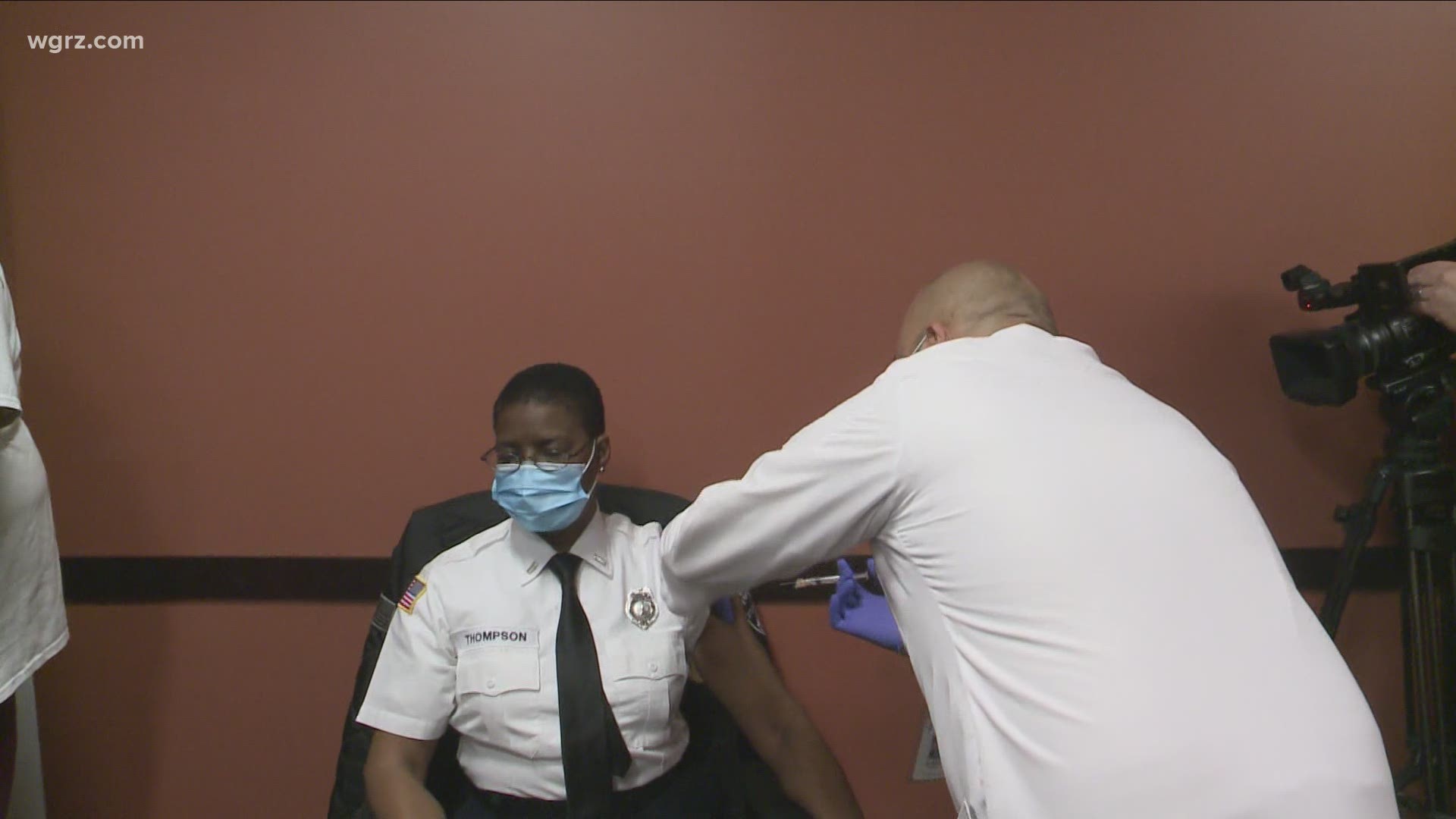 BUFFALO, N.Y. — Supplies of the COVID-19 vaccine are really tight, both locally and nationally.

People in Phase 1a and 1b of vaccinations -- which includes, health care workers, teachers and first responders -- are getting the shot, but others within Phase 1 are still leery about the vaccine.

The fieldhouse at Niagara Falls High School is being used as a vaccination site. The possibility of vaccinating Phase 1 workers Wednesday would not have happened if a shipment of doses did not arrive Wednesday morning.

"As of right now, we have enough to hopefully get us through Friday, and that’s only because we have collaborated with some other facilities that weren’t going through their doses as quickly, and they were able to through New York State (Department of Health) to redistribute it," said Michelle Lewis, the pharmacy director at Niagara Falls Memorial.

The fieldhouse at Niagara Falls High has been turned into a #Covid vaccination site for Phase 1 workers. Niagara Falls Memorial says thanks to a redistribution from ⁦@RoswellPark⁩ of 500 doses this morning, the site will be able to do vaccinations until Friday ⁦@WGRZ⁩ pic.twitter.com/Tes5Xt4CY0

Niagara Falls Memorial says those doses came from Roswell Park and are being put to good use here, vaccinating teachers, seniors and first responders.

"Get the shots in the arms, that’s the goal. The longer they sit in that fridge or freezer, that’s one more person who could end up getting COVID," Lewis said.

At Memorial, the hospital remains in the process of vaccinating its workers. Lewis says more than 50 percent of their staff have been vaccinated with the first dose, and some are declining to get vaccinated.

"Seems to be a lot of the common fears, how fast the vaccine came to market is it safe, a lot of those things. We’ve been using our background in training to explain how that process worked and why," Lewis said.

The department has been in the process of vaccinating firefighters over the past couple of weeks.

"In some instances the members are having a little bit of a time scheduling their appointments," Buffalo Fire commissioner William Renaldo said.

Fire officials say they want to set an example to the public that the vaccine is safe.

"I personally am strongly recommending it I personally sent out a message to the entire department we are first responders I think we should be at the forefront of this effort," Renaldo said.

But that might be easier said than done, Buffalo Fire surveyed its members and found half had concerns about getting the vaccine.

As you’re hearing from the stories up there in Niagara falls and in Buffalo, the doses of vaccine are extremely limited. According to Gov. Andrew Cuomo the state is only getting 300,000 from the federal government per week and supply desperately needs to be increased. 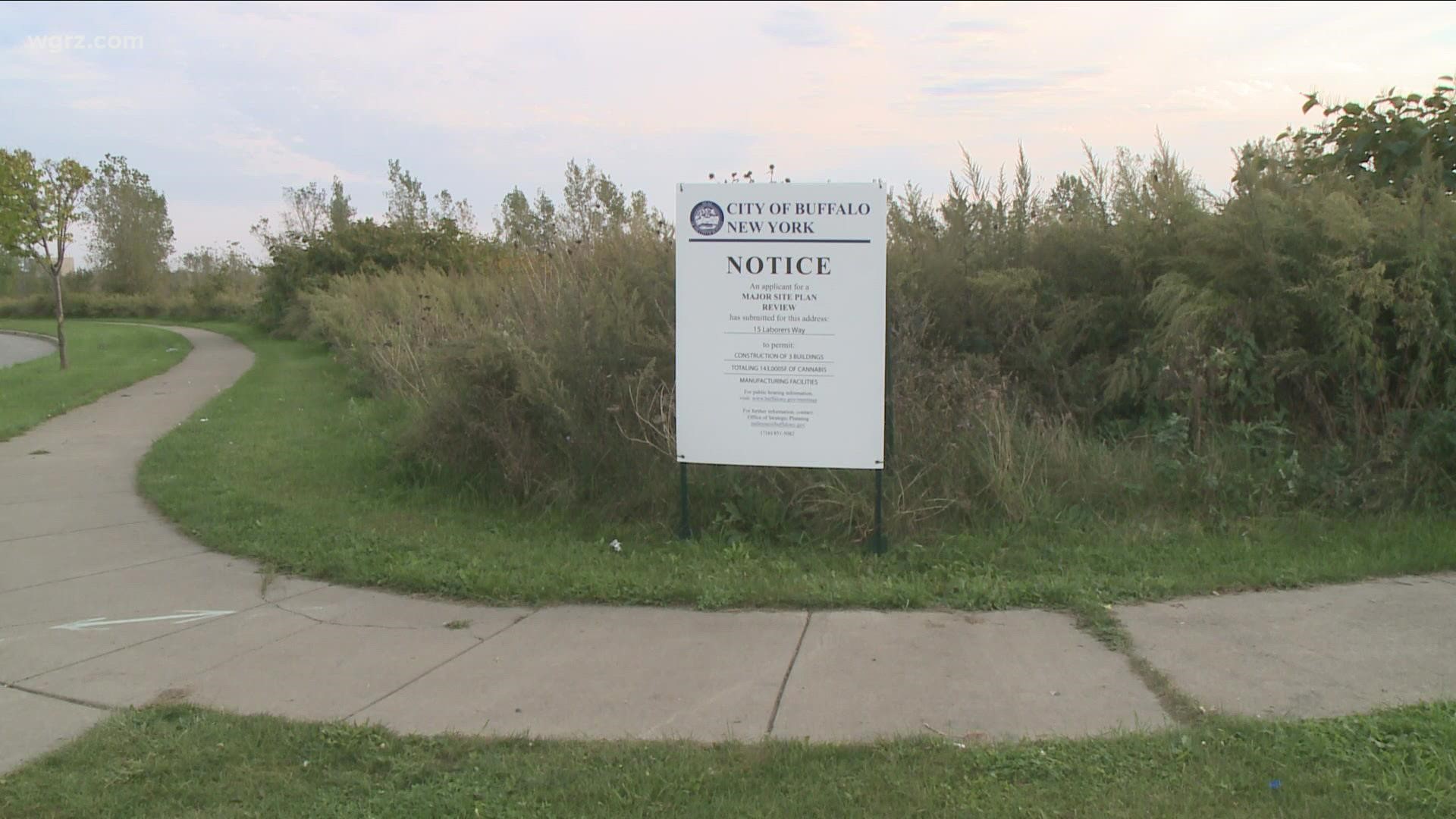 South Buffalo cannabis plant will go before planning board Monday