Fewer than one in five cases are being pursued by the DA. The rest, involving less-serious charges, have been dropped. 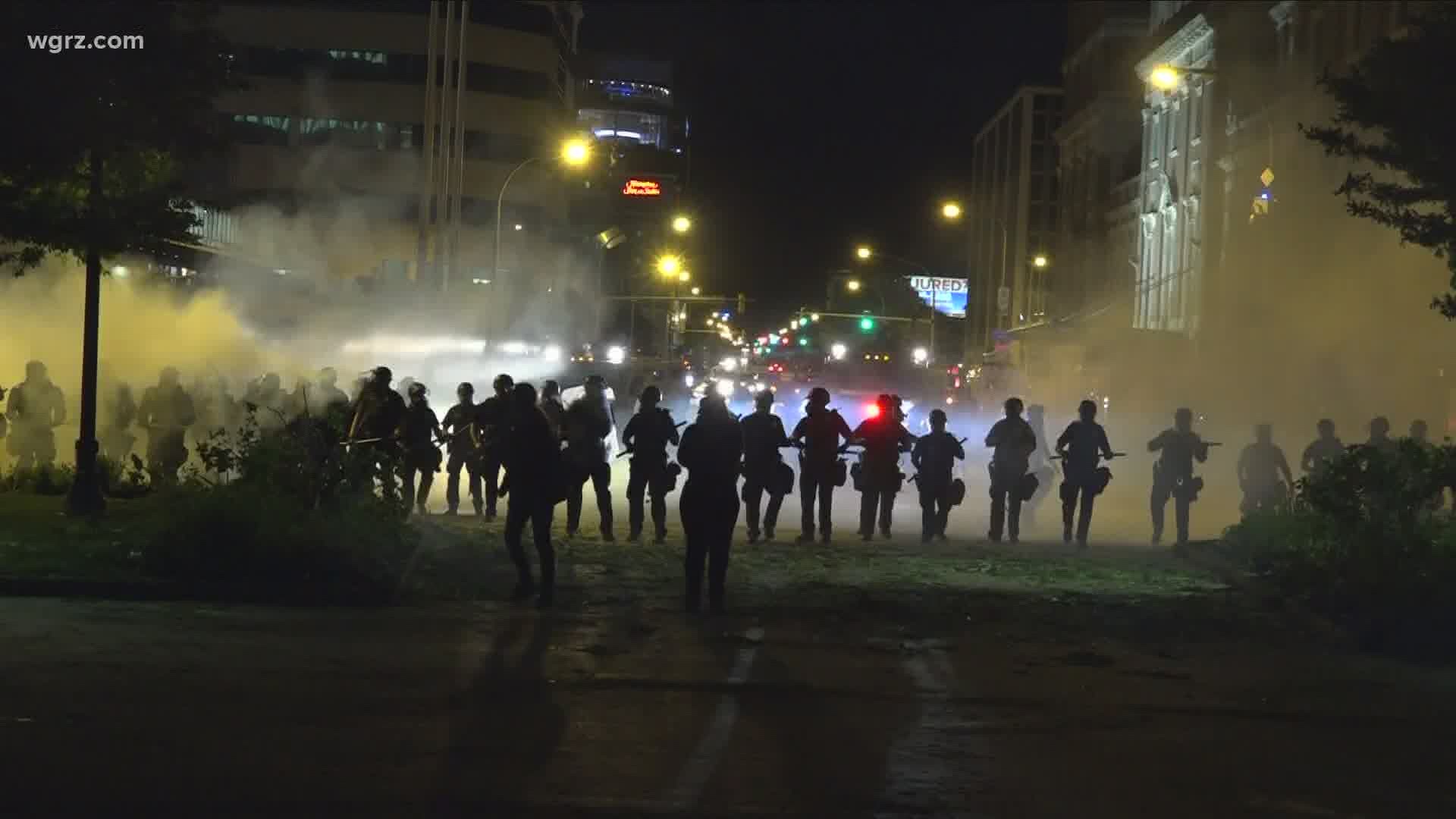 BUFFALO, N.Y. — Authorities are prosecuting fewer than a quarter of the 54 protesters arrested in racial justice demonstrations staged in and around Buffalo since late May.

Most of the charges initially brought against protesters were for nonviolent incidents like violating a curfew, disorderly conduct and harassment in the second degree. More serious charges included arson, aggravated assault of a police officer and criminal possession of a weapon.

Most who were arrested have had their charges dismissed.

EXCLUSIVE: Most cases involving the arrest of anti-racism demonstrators in #Buffalo have been dismissed, many for lack of evidence. @Ali_IngNews reports. https://t.co/XOOQ5tLiSY #WNY #NewYork #BlackLivesMatter