Unknown Stories of WNY: Feeding off of history at Riverworks 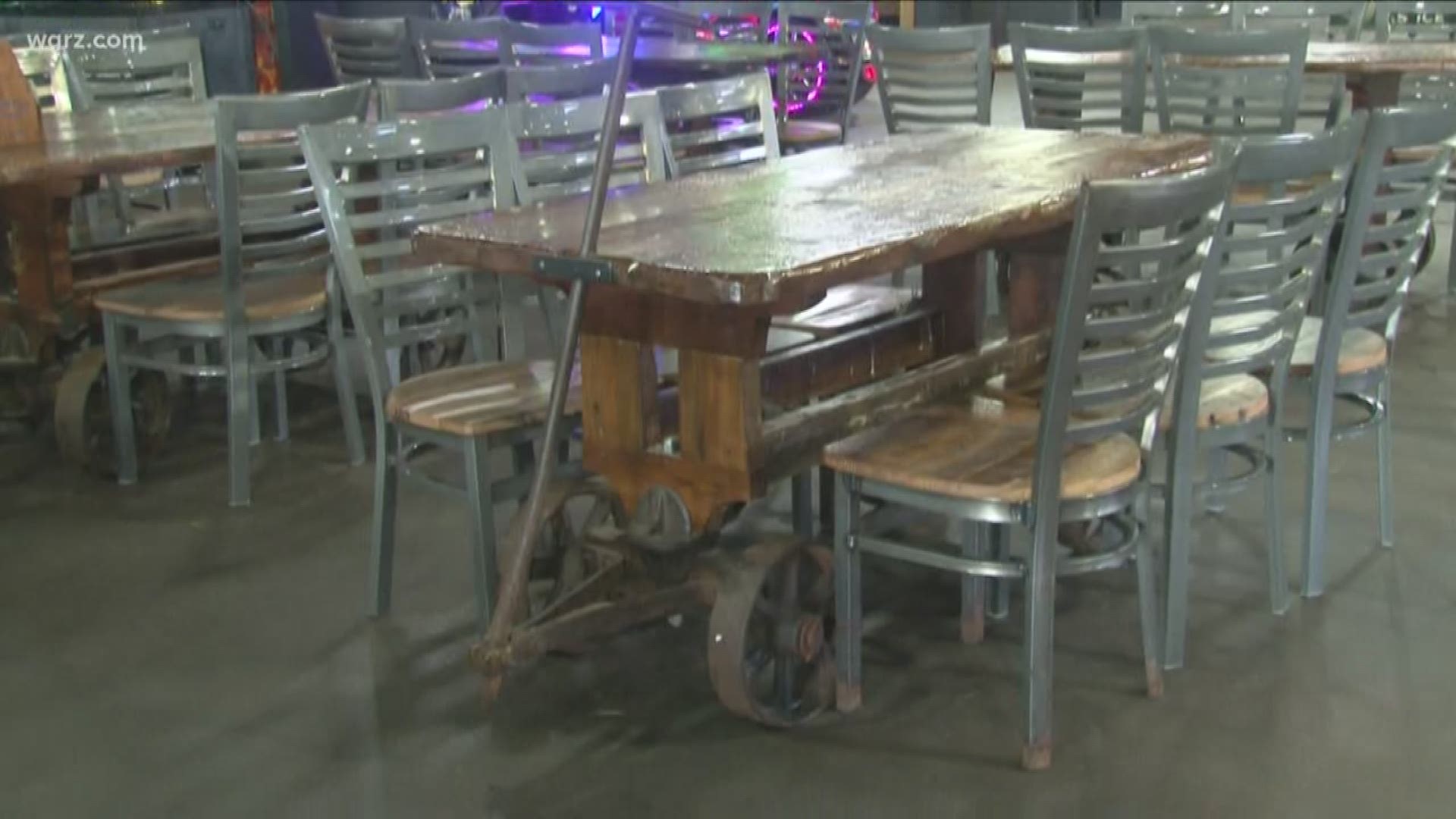 BUFFALO, N.Y. — As soon as you enter Riverworks, you are greeted by the site's industrial past, just about everywhere you look. It resonates from the grain elevators-turned-micro-brewery and zip-line course, to the ruins-turned-fire-pits. It also has been turned into a key design feature, starting with the tables.

While you enjoy your dinner or drinks at one of the sturdy structures, what you may not realize is that they are a part of the area's history. Owner Earl Ketry said they became his inspiration just after he discovered them several years back during a tour of one of his business partner's other projects, The Larkin Building. "I see a wall of all these things stacked up. I believe the number was 160, and I said, all of them. I didn't know what I was going to do with them, but I said all of them, I want to buy them. "

They had been sitting and forgotten about for decades after they played a vital role in moving merchandise around the complex in the glory years when The Larkin Company was one of the largest mail order businesses in the world around the turn of the 20th century.

"Now I own them, now what? " So Earl, being a master of reuse and re-imagination thought. "How about dining room table height, how about bar height? "

It just so happened he had just invested in a piece of property on Ganson Street that they were still trying to figure out what to do with. It was a parcel with a strong and varied industrial past that they were trying to turn into some sort of entertainment venue. "So I am learning about this investment that I am making, then I saw those tables, and there was a connecting of the dots. "

And so these long-neglected relics from Buffalo's past became part on the inspiration for the first evolution of this place that would eventually become Riverworks.