Detainees released from federal detention center in Batavia are dropped off at a gas station and left to fend for themselves. 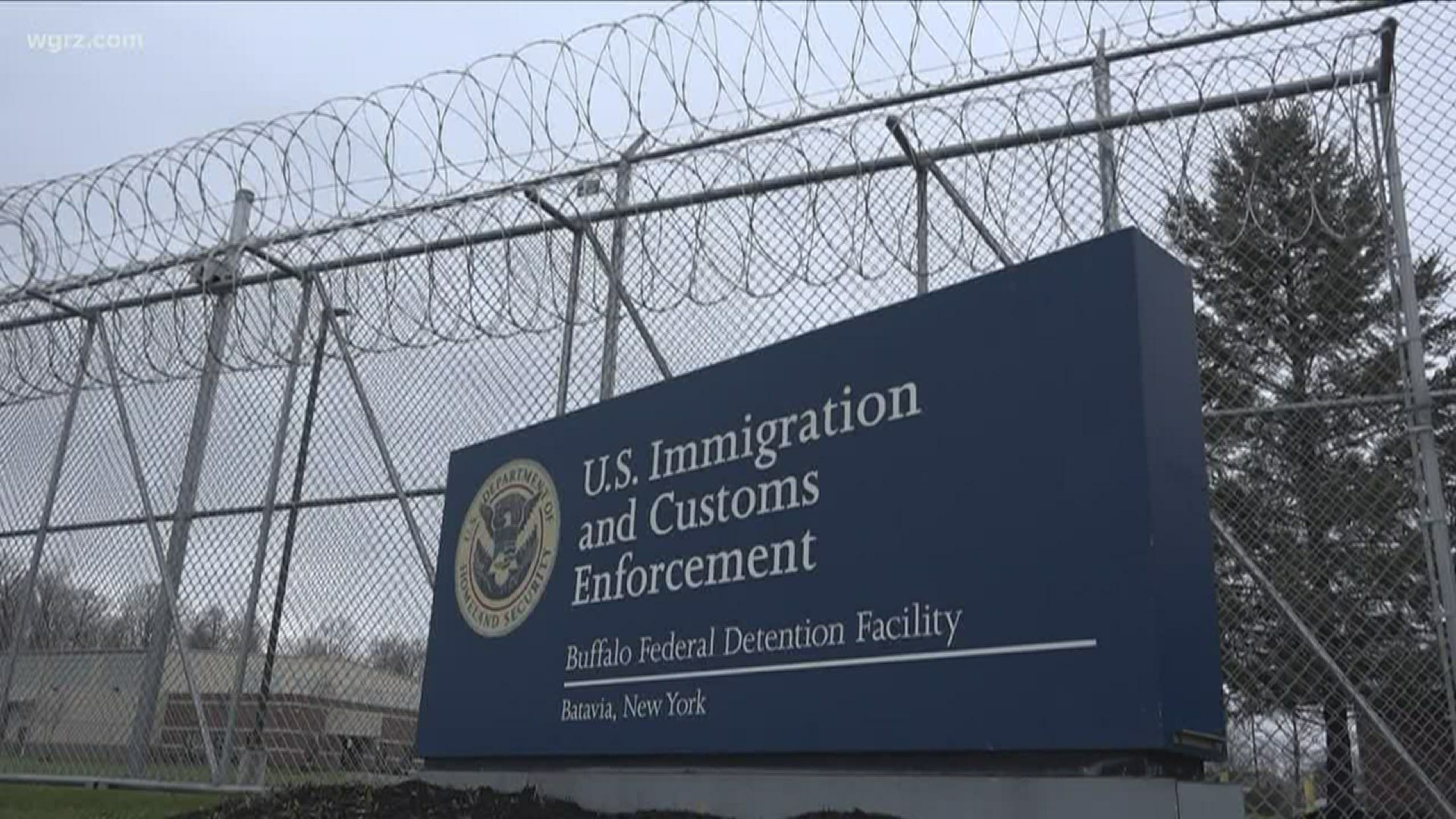 BATAVIA, N.Y. — The Citgo off the Batavia exit of the Thruway is a typical gas station: a convenience store with 10 gas pumps. It doubles as a Greyhound bus stop.

It’s also the drop-off point for people just released from the nearby detention center managed by Immigration and Customs Enforcement, or ICE.

Matt Thompson has seen it happen over and over since he started working at the station four months ago.

“The way they treat them, I don’t agree with,” the 20-year Army veteran told Investigative Post. “They drop them off and they treat them like animals. They kick them out of the van, pretty much, and that’s it.”

Immigrants, he said, are treated with less respect than is typically afforded prisoners released from local jails or the Attica Correctional Facility.

“Some of those people are in jail for actual crimes. But when they get dropped off, they get treated like regular human beings,” he said. “Why can’t people from the ICE center get treated the same way?”

There’s no bus shelter at the gas station. Before the pandemic, Thompson offered people a place to sit in the store. But after Gov. Andrew Cuomo issued a social distancing order, the store stopped allowing people to linger inside. The situation now troubles him more.

April 13 was particularly difficult, he said. Winds topped 20 miles per hour. The temperature was in the low 40s. Rain drizzled throughout the day. He stood dry inside while four just-released detainees were left outside, leaving Thompson distraught.

ICE’s coordination with an immigrant’s family or their attorney is chaotic or non-existent,  lawyers and other advocates told Investigative Post.

ICE routinely drops people off after the two early morning buses have departed the Citgo station, forcing the detainees to find other transportation or wait almost a full day for the next bus, said Thompson, who served tours of duty in Iraq and Kuwait. Sometimes detainees are released without enough money to buy a ticket.

The treatment of released detainees was brought to the attention of Western District Judge Lawrence Vilardo during a hearing earlier this month.

“It’s almost inhuman to release them the way they were released,” Vilardo said. “It’s outrageous.”