2 The Movies: How to make motocross flat 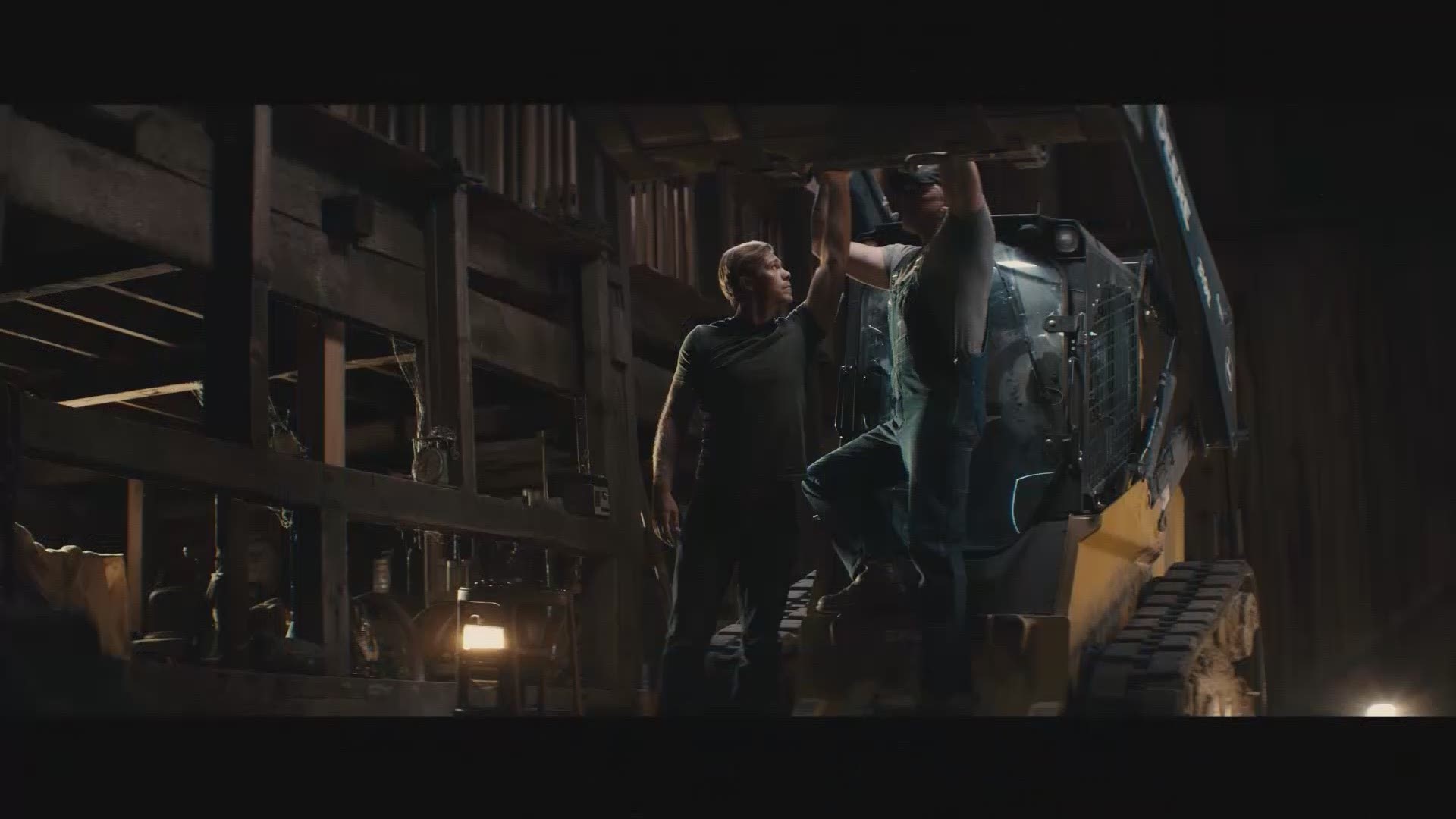 BUFFALO, N.Y. — Product placement is an unfortunate fact of life in many films. It can be an additional revenue stream for the filmmakers, and if done innocuously enough, isn’t too troublesome. There is product placement in Bennett’s War to a hitherto unseen extreme. In fact, Lucas Oil, a midwestern oil firm, gets some prominent placement to the point where the company’s founder, Forrest Lucas (Ride, Dirt), gets a very small role; little more than a cameo. For this reviewer, that’s taking things a bit too far.

Marshall Bennett (Michael Roark, Alabama Dirt, 48 Hours to Live) is an amateur motocross rider serving as a Ranger Motorcycle Rider in Afghanistan. While on a mission, he encounters an IED and winds up with severe injuries that will end his motorcycle career.

He returns home to his wife, Sophie (Allison Paige, The Wedding Party, Pray for Rain) and young son. They live on the farm owned by his father, Cal (Trace Adkins, The Outsider, I Can Only Imagine). The farm is in imminent danger of foreclosure, and the only way that Marshall can see to make enough money to save it is to return to motocross racing. But if he has an accident, he might never walk again.

The three words that best describe Bennett’s War are as follows: flat, trite and bland. Since motocross — what with the fast, flying dirt-bikes, crowded tracks and ever-present danger of injury — is a relatively exciting sport, it’s a notable accomplishment to create a film set in that world that is either flat, trite or bland. To achieve all three is pretty extraordinary.

The cast isn’t terrible. Paige, Adkins and Ali Ashfar (The Dog Lover, The Ride) actually turn in reasonably engaging performances. The culprits come down to the utterly predictable plot, tear-jerking script and the insanely boring technique that Director Alex Ranarivelo (Dirt) uses to shoot his motocross race scenes. In its own way, that technique is an achievement in and of itself.

Look, gentle reader, if you are a motocross fan, if you love motorcycles, if you are looking for a tear-jerker because you need some kind of catharsis, it is possible, marginally, that Bennett’s War may be just the thing you need to make your movie night complete. The film is not without merit, it just doesn’t have much of it. Adkin’s delivery and Paige’s charm help it achieve 2 out of 5 Boxes of Popcorn.

Bennett's War is directed by Alex Ranarivelo and stars Michael Roark, Ali Ashfar, Allison Paige and Trace Adkins. It's rated PG-13 for some language and brief violence and runs 95 minutes.

RELATED: 2 the Movies: 'Stuber' is a Mild Ride