2 the Movies: Fast and Preposterous

The Fast and Furious spin-off doesn't settle for violating traffic laws, but the laws of physics as well. 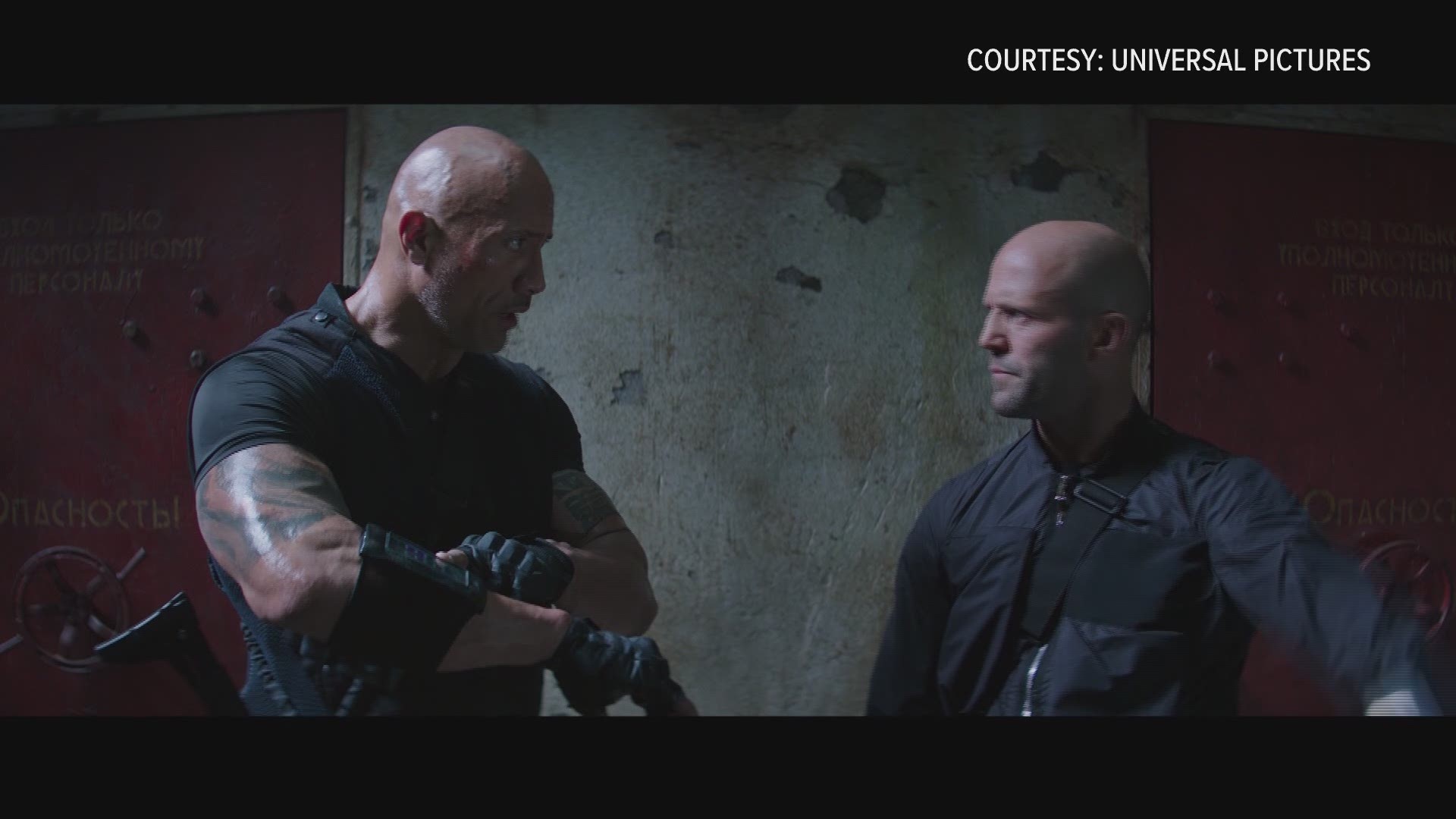 BUFFALO, N.Y. — It’s one thing when these action flicks violate traffic laws in their chase scenes. We expect that. These antagonists and protagonists are pursuing goals so lofty and important that the vehicle and traffic laws are utterly unimportant.

Of course, the Fast and Furious franchise has been a leader in this since its inception. That’s all fine in this latest spin-off of the franchise. However, when the Hobbs & Shaw filmmakers demonstrate the violation of more than the laws of traffic but extending their fantasy to the violation of the laws of physics, that’s when they tax this reviewer’s willing suspension of disbelief.

OK, Luke Hobbs (Dwayne Johnson, Fighting with My Family, Skyscraper) and Deckard Shaw (Jason Statham, The Mechanic, The Transporter) don’t like each other very much.

So when an evil, high-tech conglomerate, Eteon, develops a programmable virus, named Snowflake; a virus that an MI6 agent, Hattie Shaw (Vanessa Kirby, Mission: Impossible – Fallout, Me Before You) has injected into her self to keep it out of Eteon hands; and when Eteon has sent an cybernetically enhanced hit man, Brixton Lore (Idris Elba, Star Trek Beyond, The Dark Tower) to retrieve the virus so that it can be used for Evil, of course only Hobbs and Shaw, working together, can save the world.

So, in and amidst all the chase scenes, fight scenes and witty dialogue as Hobbs and Shaw explore the boundaries of their ability to tolerate each other, this film reveals itself to be, at its heart, a buddy comedy. Except they're not buddies.

She takes a liking to Hobbs. Her brother really, really hates that. The rest of the film consists of chase scenes, fight scenes, chasing with fighting scenes with a break here and there for a torture scene or some exposition, or some torturous exposition.

It should come as no surprise to anyone that the comic chemistry between Johnson and Statham is the lynchpin of this film.

There is more than that. Vanessa Kirby more than holds her own on screen with the two principals. It’s not just because of her good looks, either. Kirby can actually act, and her thespian skill outmatch both Statham’s and Johnson’s (although, to be fair, Statham is a pretty good actor, as is Johnson, who always manages to find a way to play himself).

Elba, no slouch in the thespian department, himself, is way underutilized in terms of his ability to actually emote. Well, it’s that kind of movie.

And these guys are real bros, obviously.

Director David Leitch (Atomic Blonde) has much experience with this kind of filmmaking but shies away from any kind of economy. Everything about this film is brash and loud. He brings in great talent for even less consequential roles.

Ryan Reynolds (Green Lantern, The Proposal), Helen Mirren (Anna, Winchester), Eddie Marsan (The Exception, Atomic Blonde) and even Kevin Hart (The Upside, Central Intelligence) all show up for a moment or two.

Hobbs and Shaw is not the most cerebral of cinematic excursions. In fact, if you look to hard at the plot underpinnings too closely, the whole thing falls apart pretty quickly. There are a couple of scenes where one must say to oneself, “that wouldn’t work like that.”

But overall, it’s 2 hours, 15 minutes of fun and worth 3.5 out of 5 stars. Hobbs and Shaw is Rated PG-13 for prolonged sequences of action and violence, suggestive material and some strong language.

Now, if you are looking for something a little lower key, a little more cerebral, with more, well, quality, then we might consider The Farewell. Akawfina (Oceans 8, Crazy Rich Asians) plays a young Chinese American woman who learns her beloved grandma is dying.

So far, critics are almost universally adoring this film. This reviewer can’t wait to see it. It’s Rated PG for thematic material, brief language and some smoking.

2 the Movies review: The Lion King

2 the Movies: Far From Home is cheerful, Midsommar isn't