2 the Movies: Dora and the Lost City of Gold

If you don’t look at the dramatic underpinnings too closely, it’s entertaining and charming and cute. And it works. 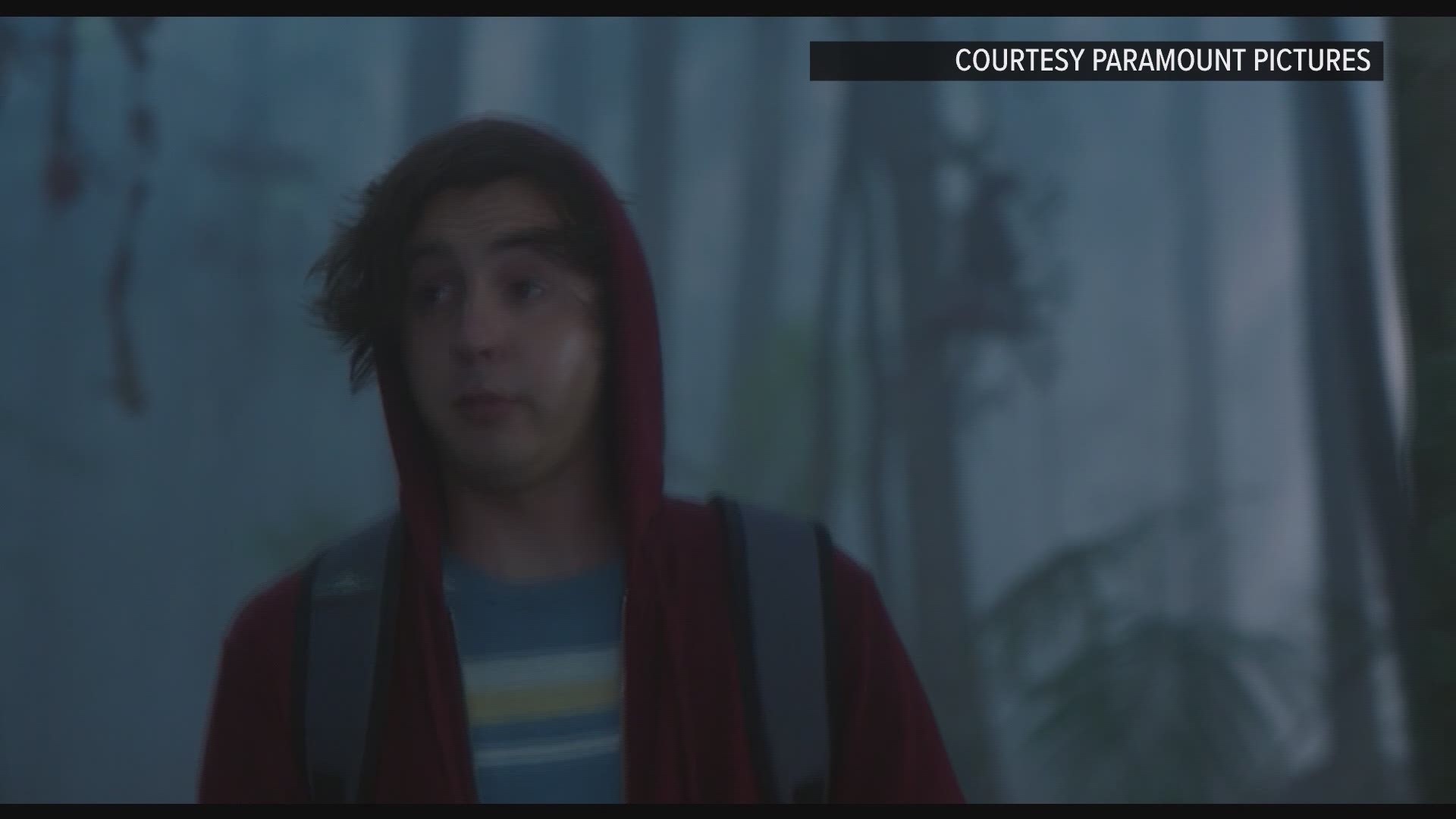 BUFFALO, N.Y. — One thing is apparent from the opening scenes of Dora and the Lost City of Gold: The filmmakers had great and devout reverence for the source material.

That doesn’t mean that they didn’t have some fun with it, providing little bits of dialogue and business here and there that gleefully hearken back to the cartoon (can you say, “breaking the third wall?”).

So, that sets the comedic tone here to “very broad,” and thanks to a pretty comedically able cast, it mostly works.

Dora's busy telling someone where to go.

Dora (Isabela Moner, Transformers: The Last Night, Sicario: Day of the Soldado) has grown up in “The Jungle (only referred to generically as that, but apparently the Amazonian Jungle, judging by the various clues.) with her explorer parents, Elena (Longoria, Overboard, A Dark Truth) and Cole (Peña, The Mule, Ant-Man).

Elena and Cole have decided that, while they go off on a new adventure hunting for The Lost City of Gold, Dora should go live in The City (it seems to be Los Angeles), go to high school and develop some normal social skills. After much protesting, off Dora goes.

Her assimilation into high school is filled with bumps, but the biggest bump comes when, on a field trip to a history museum, Dora is kidnapped and taken back to the jungle by a crew of mercenaries bent on using Dora to find her parents, and to take all the gold in The Lost City of Gold.

Inadvertently, Dora’s captors also kidnap her cousin, and two of her classmates. So, things get complicated.

Dora and her -- well, they're not exactly friends.

In terms of cinematic execution, Dora and the Lost City of Gold is most impressive. It does a great job of doing a real-world execution of a cartoon reality. There are some inconsistencies in tone here and there that can be just a little jarring.

Oh, well, it’s one of those films where the target audience is kids, skewing a little towards teens who grew up watching Dora the Explorer, so that sort of this is to be expected. Dora falls into the category of films that is meant for the younger crowd but contains enough references and asides to appeal to more adult audiences.

I wonder if the actress is thinking, "Cleveland was never like this."

As far as the cast is concerned, there are two real standouts.

First, the 18-year-old Cleveland-born Moner carries most of the weight here. She’s a great teenaged Dora; relentlessly smart, upbeat and cheerful without straying into annoying too often.

Eugenio Derbez (Overboard, How to Be a Latin Lover) manages to standout as well. It helps that his character is a bit absurd, but the Mexican actor has the chops to pull it off.

Overall, it’s a good family film with only a little rude humor to spice things up a bit, focusing on distasteful bodily functions enough to guarantee laughs from the folks in the toilet-humor phase. If you don’t look at the dramatic underpinnings too closely, it’s entertaining and charming and cute.

This reviewer usually hates cute, but in this case the whole package is easily worth 4 out of 5 boxes of Popcorn.

Dora and the Lost City of Gold is directed by James Bobin (Alice Through the Looking Glass, and stars Isabela Moner, Eugenio Derbez, Michael Peña, Eva Longoria, and Danny Trejo.  It runs 104 minutes and is rated PG for action and some impolite humor. Parts of it are a little scary.

Our next film has parts of it that are a lot scary.  After all, it's titled Scary Stories to tell in the Dark.

It’s an adaptation of the popular series of books and graphic novels.

If you are looking for a more mature time in the theatre, The Art of Racing in the Rain is open. Milo Ventimiglia (NBC's This is Us, Creed II) stars.  Kevin Costner (Waterworld, The Postman) plays a dog. It’s a romance. It’s rated PG for thematic material.

Presumably, a far grittier film can be found in The Kitchen. Three wives of jailed Irish Mobsters take over the rackets in Hell’s Kitchen. It’s got a great cast with Elizabeth Moss (Us, Hulu's The Handmaid's Tale), Tiffany Haddish (Girls' Trip, Night School) and Melissa McCarthy (The Heat, Tammy). Critics are saying the film isn’t worth their talents. The Kitchen is rated R for violence, language throughout and some sexual content.

And the film Brian Banks is out this weekend. It’s based on a real-life story of an aspiring football player falsely accused of and imprisoned for rape. It’s getting some guarded critical love and is Rated PG-13 for thematic content and related images, and for language.

So, it’s busy movie weekend in Western New York with a lot of very different choices.

I'm Larry Haneberg and I'm taking you 2 The Movies.

2 the Movies: Fast and Preposterous

2 the Movies review: The Lion King