The Buffalo Catholic Diocese is dealing with another sexual abuse accusation. This one is against a nun. 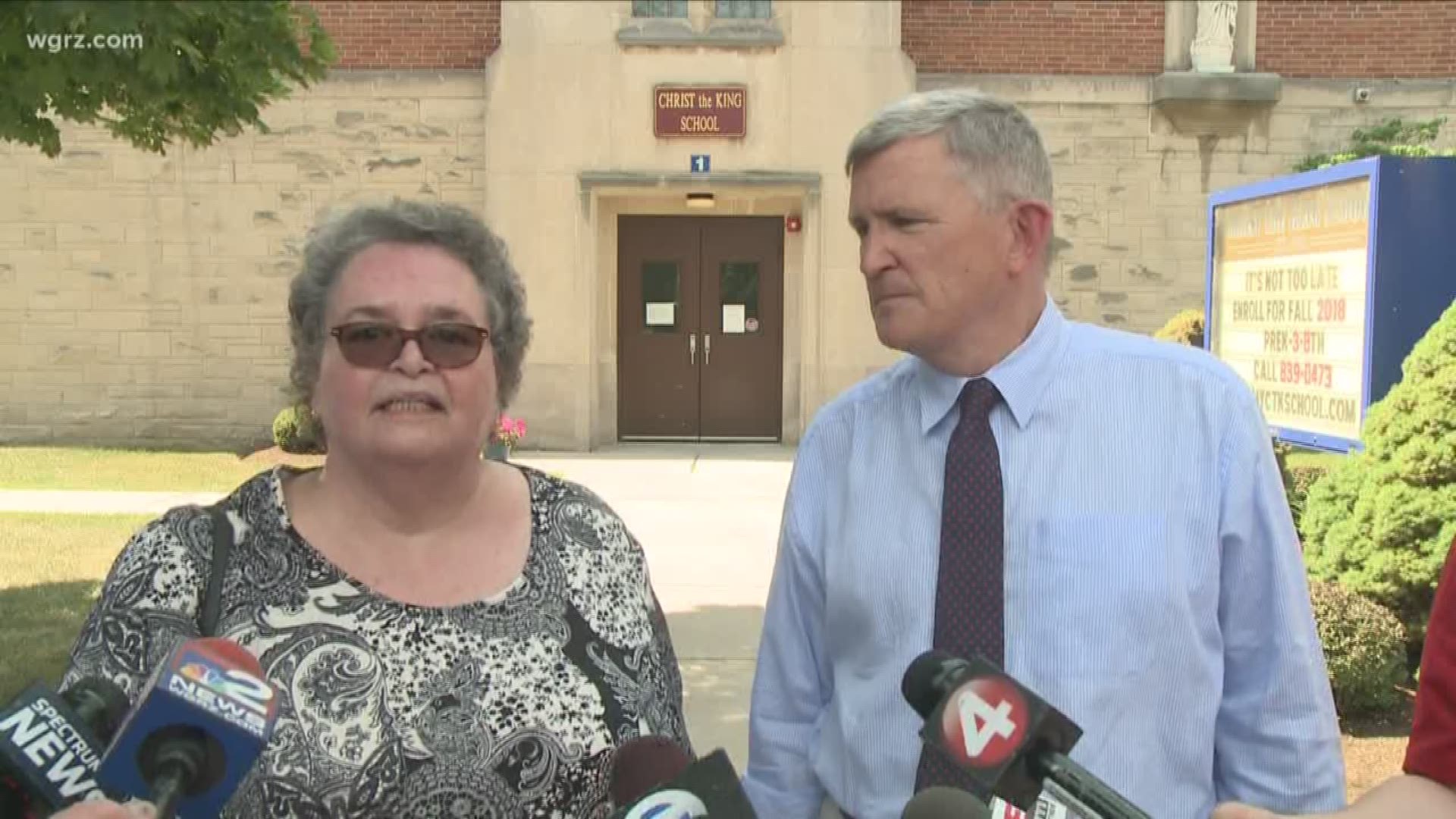 BUFFALO, NY--- The Buffalo Catholic Diocese is dealing with another sexual abuse accusation. This one is against a nun.

She says she was a student at Christ the King Elementary School in Amherst in 1955.

She says a Franciscan nun at the school punished her for wetting her pants when she was five-years-old by penetrating her with a cross.

Becker says she's been shut down by those in the Diocese that she brought her story to first.

"Mentally, physically, spiritually, every way you can imagine, it has impacted my life," said Becker. "And I want to reclaim my power and I want to get some justice done."

Becker says she was inspired by all the men who came forward with their stories in the last few months.

The Franciscan Sisters of Allegany are committed to respecting the dignity and well-being of each person. We acknowledge the sacred trust we hold because of our vowed life, and the power, influence, and authority that we hold in our ministerial relationships. We declare unequivocally that abuse of any person is unacceptable behavior and violates the rights of others.

We are currently following our Congregational protocol to investigate the matter. In order to respect dignity and privacy, we will not comment further at this time.