According to officials with the New York State Education Department, school reopening guidance will now be released Thursday. 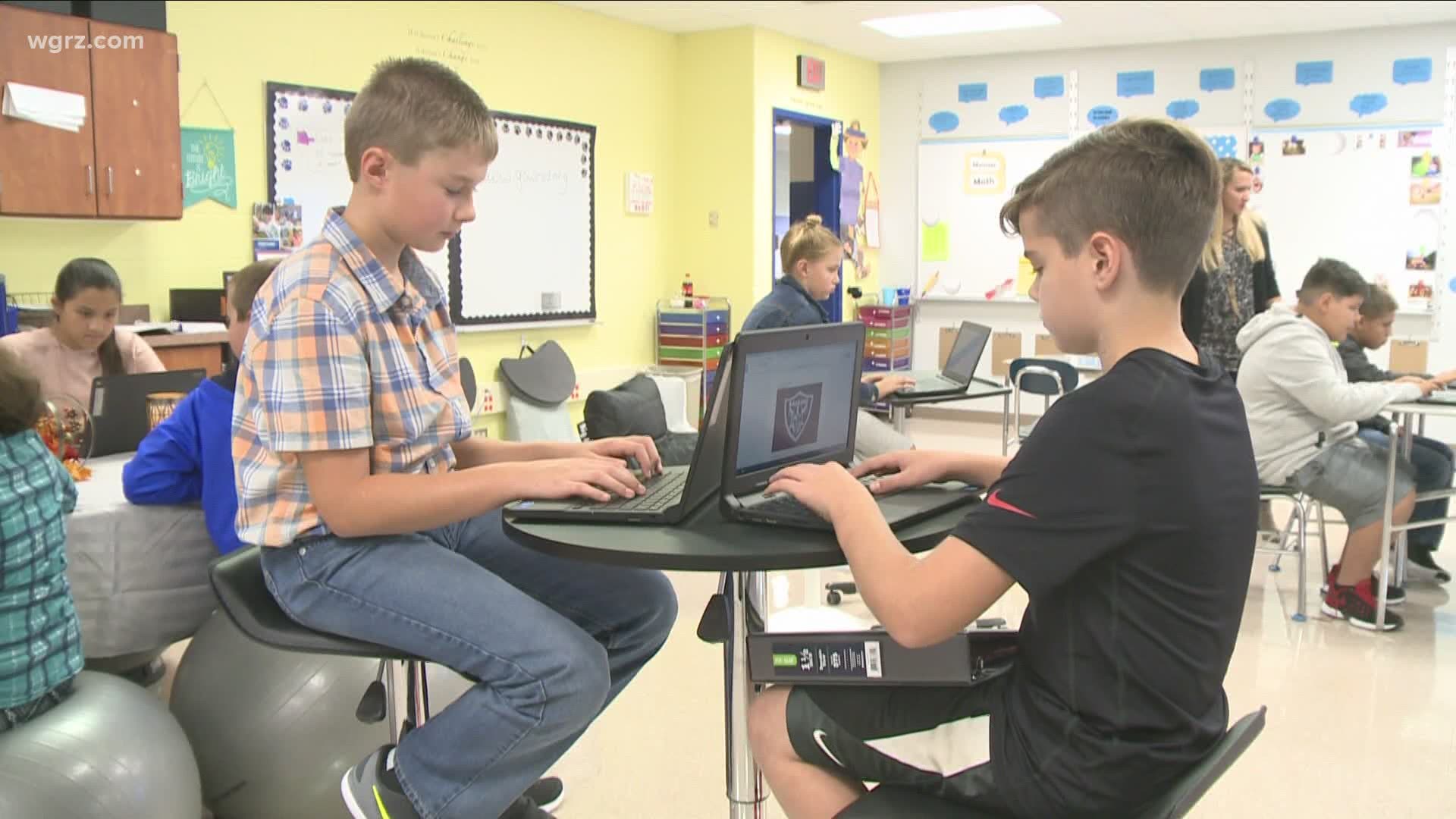 BUFFALO, N.Y. — There are still many unknowns as to what school will look like this fall. Like many Western New York parents, Monica Karwan in Lancaster is waiting for answers.

“I have my fingers crossed that the kids are going back to school," Karwan said. "I’m thinking a lot about the, ‘Oh my, how is this going to work?' aspect of it. My daughters are 12 and 14 and especially my 12-year-old is really, really eager to get back and see people and be part of those group experiences again."

Karwan believes different kids have different needs when it comes to social interaction. She said for some, the remote learning model could have consequences.

“I think there are kids who are suffering from depression. I think my 12-year-old is at risk," she explained.

Brandy Harper, a parent in Lockport, said she's confident being able to send her kids back to school.

"Even if it only ends up being like a half a day, still something is better than nothing right now," said Harper, whose children attend school in the Starpoint Central School District.

Harper stressed the importance of social interaction, not only with other students but also with their teachers.

She said, "I feel like for me especially it's more beneficial because I do have a child with a learning disability and he really benefits more from the in-person."

However, many parents reached out to us saying sending kids back to school is too risky.

"I'd rather us get it right, make the sacrifices, and make sure everyone's healthy as opposed to someone getting sick," Quinton Gregory, who's a parent to a child in the Niagara Falls City School District.

Gregory believes social distancing and maintaining proper sanitation throughout the day would be near impossible. He worries about another spike in COVID-19 cases.

"We were making so much progress in New York. I think that would just push us all the way back to the starting point," Gregory said.

Laura Kuwik of Hamburg sees the issue from many sides, as a teacher and a parent.

“I think I’ve worked harder these last six months than in the last 10 years that I’ve been teaching, trying to outreach to my families, keeping my kids on task and working with their teachers, and preparing for a new semester," Kuwik said. "We don’t know what it’s going to look like."

She added, "There are options out there because I have older children but other families who have younger children are in a harder position to work out child care or daycare as they transition back to work too.”

Kuwik said she would potentially be comfortable sending her kids back to in-classroom instruction.

“As long as there are safety precautions, they have access to washing their hands, access to wearing their mask, not sharing lockers and materials," she said.

But as parents plan for the fall, uncertainty lingers.

According to officials with the New York State Education Department, school reopening guidance will be released Thursday; however, it was supposed to be released on Wednesday.

The department says it is still finalizing the guidance document, saying it will be sent out in a news release when it's ready.

RELATED: School bus agencies wonder how kids will remain distant on buses in the fall