The goal of the event is to encourage students to be more interested in science, technology, engineering, arts and math occupations. 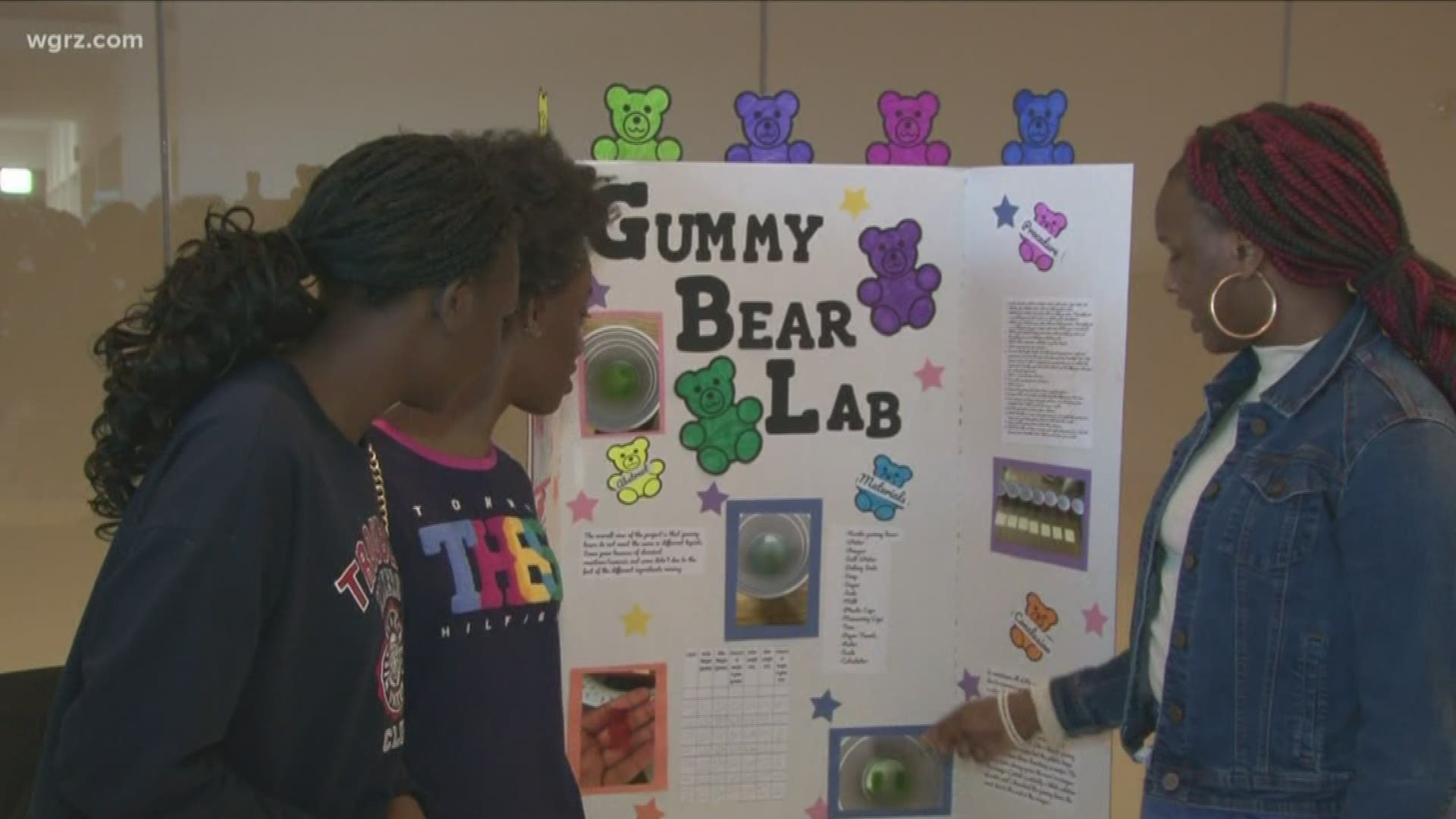 WGRZ's Claudine Ewing was the emcee for the event, and Storm Team 2's Heather Waldman was one of the judges for this year's competition.

The competition was free to enter for Western New York students. Individuals and teams were allowed to enter.

Each contestant had to come up with an original project. The goal is to encourage students to be more interested in STEAM (Science, Technology, Engineering, Arts, Mathematics) occupations.

"We want to provide a platform for these young scientists to be able to show their talents off," Jones told 2 On Your Side's Karys Belger.

The annual event attracted kids from across Western New York who were hoping to show off their scientific knowledge.

Tyleeia Taylor and Trinity Suttle were hoping the judges would really enjoy savoring their project. The girls explored the connection between taste and smell for their experiment which won third place in the middle school category.

"We stated in our hypothesis that taste and smell is linked in a major way and it can affect a person both positive and negative," Taylor told 2 On Your Side.

The winning project was from high schoolers Ayanna Thompson and Noah Baldon. Their project explored the cleanliness of their school's drinking water.

It's the second time the girls have won the science fair, and they both hope to pursue science-related occupations.

Thompson told 2 On Your Side that she hopes other young girls will be inspired to pursue science in the same way they have.

"Anybody can do it and if you have a topic that you’re passionate about then you should go and do the research like we did," Thompson said.

RELATED: It's National Introduce a Girl to Engineering Day