Williamsville superintendent placed on immediate leave of absence by school board 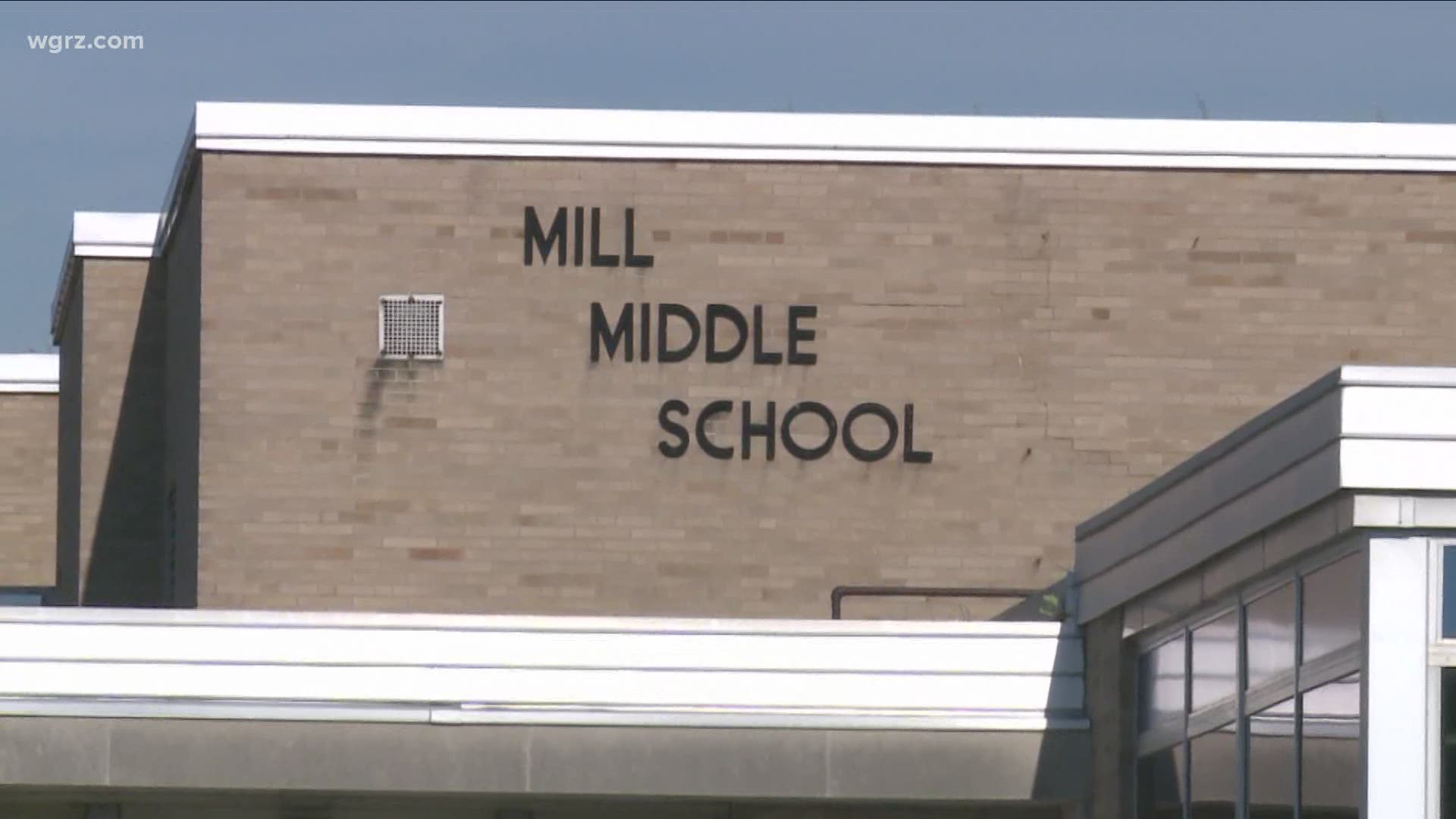 WILLIAMSVILLE, N.Y. — In an emergency board meeting Monday afternoon, the Williamsville School Board voted to put Superintendent Dr. Scott G. Martzloff on an administrative leave of absence, effective immediately.

Williamsville is the largest suburban school district in Western New York with just over 10,000 students. Martzloff's annual salary, according to a Buffalo Business First story on school district salaries in June 2020, is just over $236,000.

The vote for his administrative leave status was unanimous.

This announcement comes after the school board held a special meeting Sunday regarding the superintendent's decision to have a delayed start for remote students in grades five through 12. The school board released a statement the day prior saying the decision to delay the remote start date came as a surprise. They say they took action regarding Martzloff after consulting with the district attorney.

The Williamsville Board President Teresa Anne Leatherbarrow said during a press conference Monday that the board sought Martzloff’s resignation, but “it didn’t work that way.” So instead, the superintendent was placed on administrative leave pending further investigation of his conduct in opening Williamsville Schools under COVID-19 conditions.

Leatherbarrow also told reporters, "Me and my colleagues see a breakdown in communication and a breakdown in leadership that was spiraling out of control."

When asked if anyone else among district administrators was aware there were issues, Leatherbarrow replied, "There has been a lot of whispering and when we would go to confirm it - we have to deal directly with the superintendent and he would deny it."

The school board released the following statement on Monday saying in part, "With anxiety and stress already high as the community navigates the COVID-19 pandemic, the reopening process has failed to give stakeholders the peace of mind or confidence that the plan, which has been changed numerous times over the last few weeks, is the best option for providing an exceptional and equitable education for Williamsville families."

In the meantime the school board has appointed Dr. John McKenna, the district's assistant superintendent for human resources, as the acting superintendent of the Williamsville Central School District.

Williamsville School Board introducing Dr. McKenna as acting Supt. In place of Dr. Martzloff who is on administrative leave. pic.twitter.com/PbYVIu6oCI

McKenna said in the press conference Monday that the delayed start for remote students in grades five through 12 is still in effect for now, but the hybrid learning model will begin on Tuesday. He added that he will be meeting with the teachers union and other unions immediately Monday night to work on issues.

When pressed McKenna said he could not, and would not, comment on when remote learning for those specific grades would begin because he had not had the chance to meet yet with teachers to discuss it and wanted to make sure it was accurate. He did say that their latest figures show about 28 teachers in the middle and high schools had recently left their jobs with the district and they lost about 70 substitute teachers.

The Williamsville Teachers Association and others had criticized Martzloff when he sent out a pre-recorded video message on Friday noting a delay in remote learning. They said his comments on numbers about "staff" retirements were misleading.

The teachers union has been involved in various disputes with Martzloff in past years. Union President Michelle Licht told Channel 2's Ron Plants on Monday night that, "Tonight's meeting was great. it was an opportunity to give a little of our opinions, speak with other union leaders, and to feel that the district was listening to what employees had to say about reopening."

She added, "Dr. Martzloff attempted to put himself in the best possible light and that meant that other groups had to be blamed for the situation." 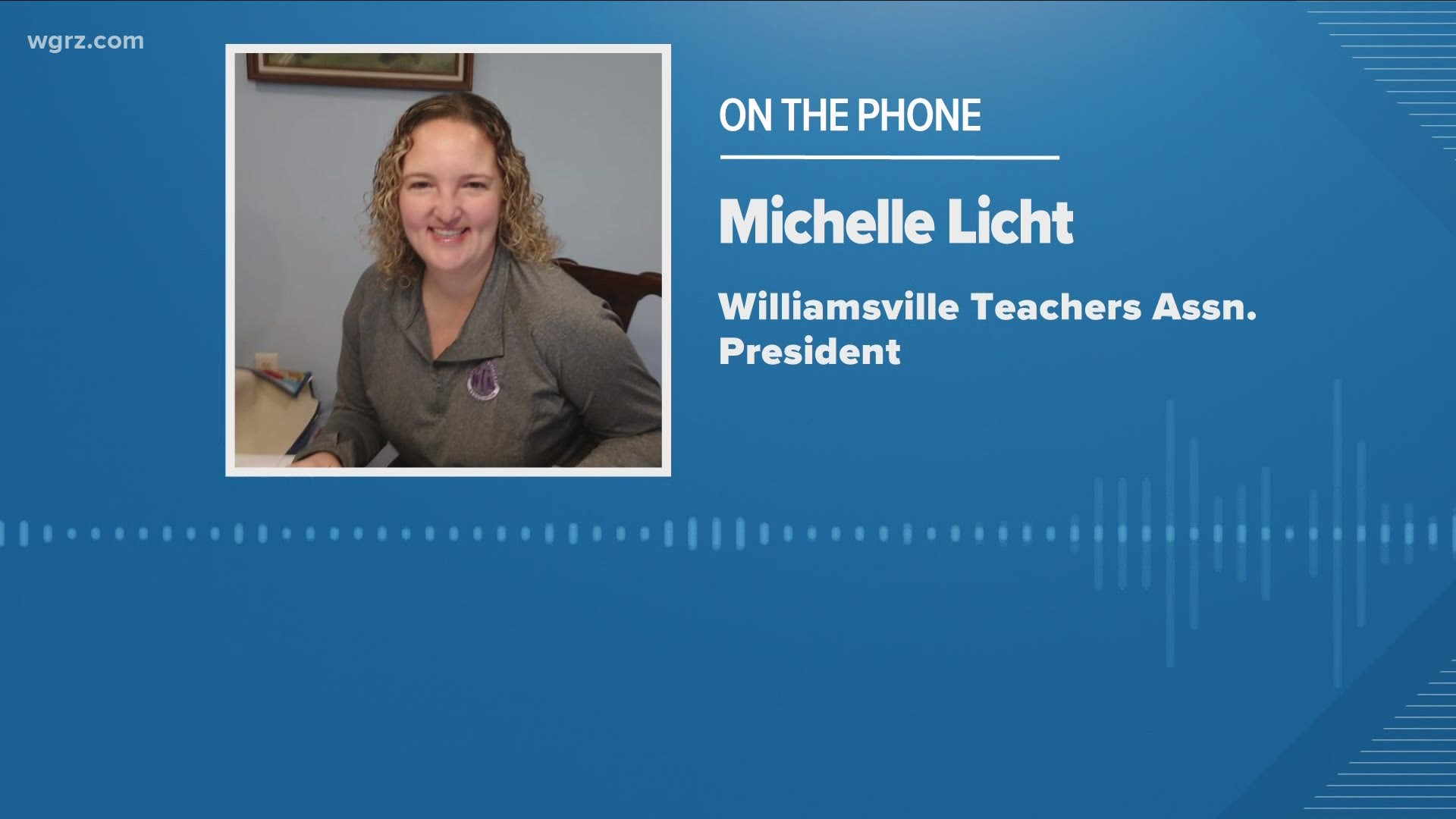 “I am honored and privileged to have this opportunity to work as the acting Superintendent in the Williamsville Central School District.  I realize this is a difficult time of deep hurt and pain in our community. I want to assure you we will heal and come together in the spirit of teamwork, cooperation, and collegiality.

You will get honest, timely, and transparent communication and everyone will be treated with dignity and respect.

I am confident we will work together, find solutions, and make our District stronger.

It is a new day in Williamsville.”

Williamsville Acting Supt. Dr. John McKenna stresses positive tone and more openness, communication with parents, teachers, staffers in “A New Day” in school district but acknowledges plenty to do to get district back on track. @WGRZ pic.twitter.com/gZq2fN6aZD