The NYS health department is reviewing new CDC distancing guidance for schools. 2 On Your Side tried to get answers about when a decision can be expected. 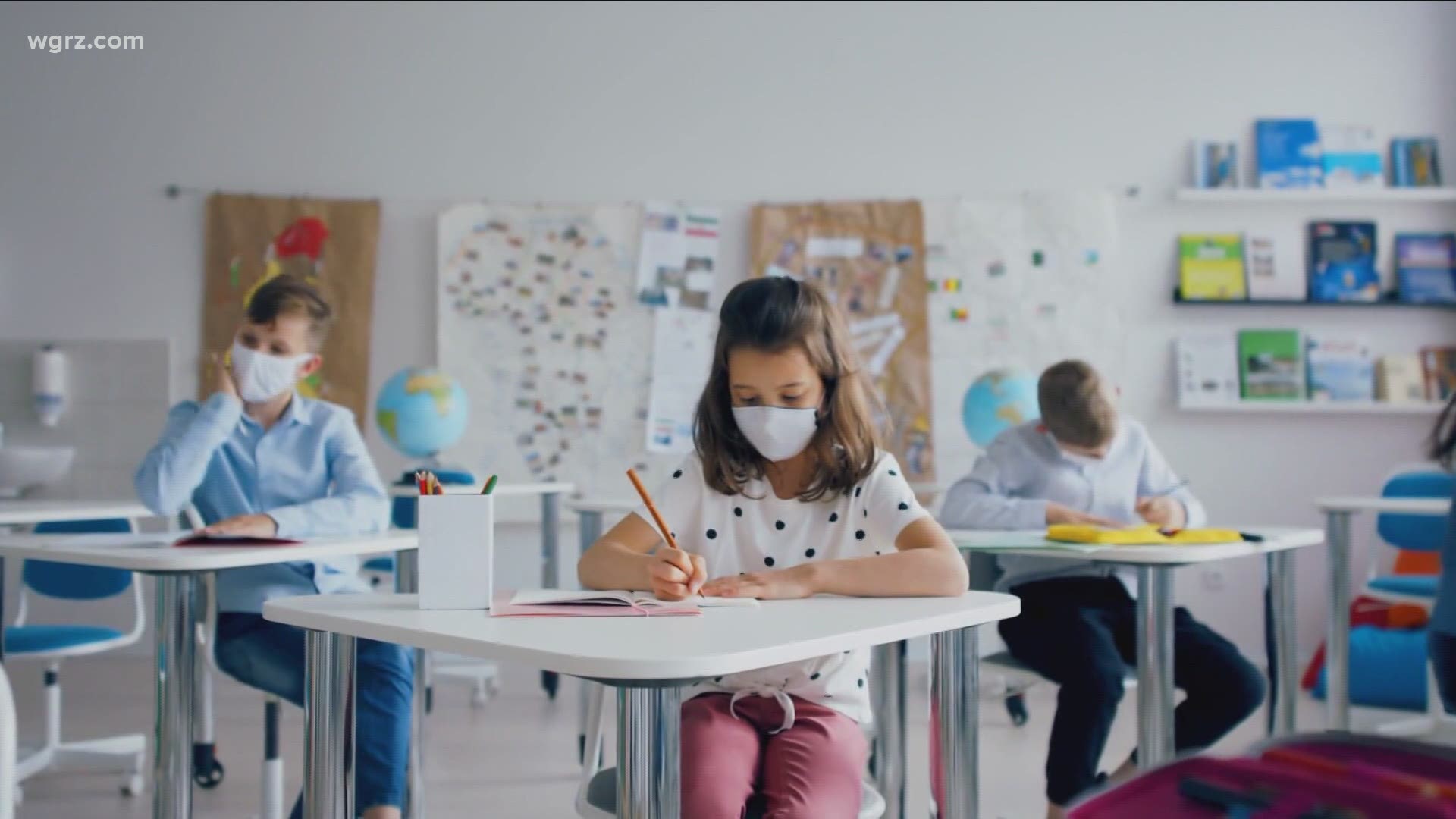 CLARENCE, N.Y. — There are currently four lawsuits filed by parents against school districts in Western New York who are asking for the immediate return to full-time, in-person learning.

Daniel Krzyzanowicz, has four kids in the Clarence Central School District and is part of the Coalition of Clarence Parents to Put Students First Inc. filing the lawsuit. He said he wants to see his kids back in the classroom.

"For me, I'm at a point where I think they have to reopen, and it's been 13 months," he said. "I'm seeing many other states, and many school districts within New York State, have figured out a way, and they've navigated it, and I think it's time."

The updated CDC guidance Dr. Hicks referred to was released more than two weeks ago, and it allows three feet instead of six feet of social distancing in some classrooms as long as other requirements are met. The loosened restriction would make it easier for districts to get students back into the classroom.

That guidance is something Hamburg Schools Superintendent and Erie- Niagara Superintendents Association President Michael Cornell brought up during an interview with 2 On Your Side Tuesday in response to these lawsuits.

"I think it should be no surprise that parents are upset and are looking for some redress of their concern" said Cornell. "I think suing school districts is misplaced but I think parents are looking for leadership and it's the job of the New York State Department of Health to provide it, and here we wait."

2 On Your Side asked the New York State Department of Health when parents and school administrators can expect a decision on whether they will adopt new CDC distancing guidance?

A NYSDOH spokesperson released a statement that said, "We are conducting a detailed and comprehensive review of the new CDC guidance."

2 On Your Side pushed for further information but have not received answers, but we will keep trying.