State exams in schools are starting: What to know this year

Here's what you need to know this year about the state exams this year. 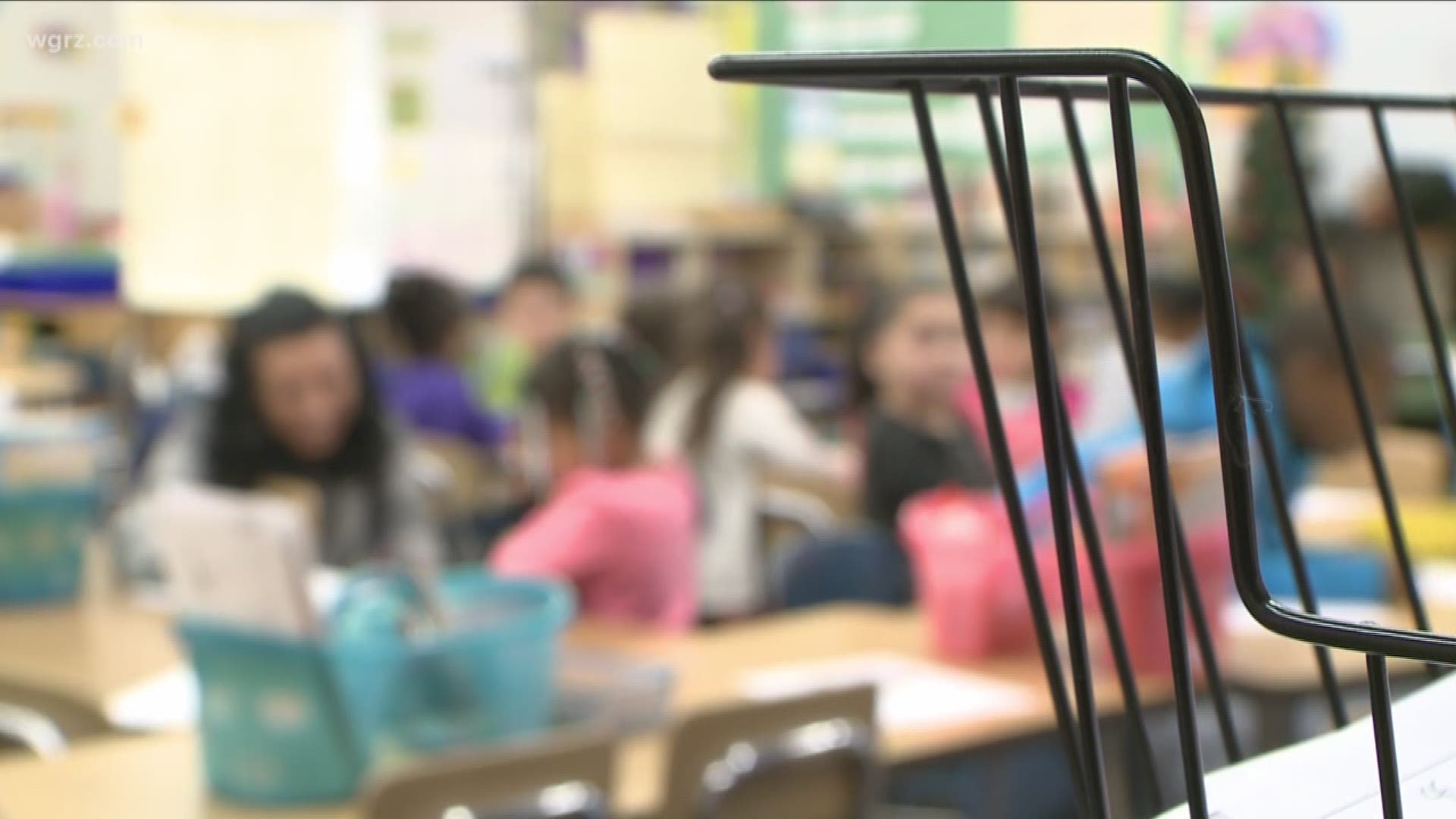 ALBANY -- The annual standardized tests for grades 3-8 start Wednesday in New York for English and then in May for math.

And once again, parents and students will have to decide whether their children will take the tests or opt out.

More than 1 million students across the state will be eligible to sit for the state’s English language arts and math exams.

In the fourth year of the opt-out movement last year, the number of students declining to take the tests fell slightly: to 19 percent opting out compared to 21 percent in 2016.

The state Education Department each year continues to take steps to address concerns about the controversial exams, including a decrease in the number of questions and the number of days of the exams.

The state has even changed the controversial name of the Common Core exams. Now it is The Next Generation English Language Arts and Mathematics Learning Standards.

“Over the past three years, Commissioner (MaryEllen) Elia has listened to the concerns of parents and teachers and made significant changes to the exams as a result," Emily DeSantis, spokeswoman for the state Education Department, said.

But Chris Cerrone, with NYS Allies for Public Education, says it won't make a difference for many parents and students who have opted out in past years. "The changes have been been minimal and the opt -out families and parents have advocated...have helped make some of those changes...pressured state ed to do that. Unfortunately the changes just are not enough to convince families that there's a change in the direction of education in New York State."

Here's what to know this year:

This is the first year the number of days students taking the tests will be reduced.

The state Board of Regents made the change last June.

Initially, English and math tests were each taken over three days. Now each will be done over two days -- for a total of four days.

The Education Department under Commissioner MaryEllen Elia made the switch last June.

"Fewer questions will lessen testing fatigue for students and better enable them to demonstrate what they know and are able to do," the department said.

So with fewer testing days, there are also fewer questions on the tests.

The state provided guidance to schools on how to balance having the tests untimed with making sure students are productively working.

"In general, this means that as long as students are working productively, they will have as much time as they need to complete each test session, within the confines of the regular school day," the department said.

It added, "Schools and districts have discretion to allow students to read silently or quietly exit the room when they have completed their test while others continue to work."

When are the tests?

The English Language tests will be administered by paper and pencil on two consecutive days of a school's choosing: April 11 through April 13.

Math tests will be given on two days from May 1 through May 3.

But there is also a growing effort to get students to take the tests by computer.

So the English Language tests will be given by computer on two consecutive school days of a school’s choosing between April 10 through April 17.

For the math tests, the opportunity to take them on computer can take place between May 1 and May 8.

Districts will provide make-up test dates for students who are absent.

As for the opt-outs, most have been on Long Island.

"It’s up to parents to decide if their children should take the tests, and we want them to have the all the facts so they can make an informed decision,” DeSantis said.

The tests include multiple choice and open-ended questions. Each test is tailored to the learning standards in each grade.

"The questions require students to apply their knowledge and, in open-ended responses, explain their reasoning," the Education Department said.

Students will be required to read and write responses.

They will also need to "solve real-world word problems, all of which are foundational skills necessary for success in their next grade," the state said.

As it did last year, the state will publicly release at least 75 percent of the test questions again later this year.

And to review the test results by district from last year, visit: https://data.nysed.gov.

The scores have been on the small upswing.

About those computer-based tests?

Started last year, the state is offering districts the ability to give the tests by computer.

The so-called computer-based testing includes allowing students to have practice tests so they are familiar with taking the tests other than on paper.

The questions are the same, but students will select their answers for multiple-choice questions on the computer.

As for open-ended questions, students would type in the answers rather than writing them in on the paper tests.

Either way, the state continues to expand the number of teachers who are involved in writing and reviewing the questions, saying hundreds are now involved in the process.

How are the results used?

How the test results are used as been a source of contention since the testing started years ago.

But the state has continued to scale back their impact on the performance of students and teachers.

State law and regulations prohibit districts from using the tests to promote or making placement decisions for students in third through eighth grades.

The results also cannot be used to evaluate teachers.

Amid backlash over the exams, the state Board of Regents in December 2015 put a moratorium on using the test scores to evaluate educators. The moratorium is in place until next year as the state develops a new evaluation system.

But advocates said the tests are important, saying they can help determine how a district is progressing with meeting state standards.

The group High Achievement New York, which has pushed for stronger standards, encouraged students to take the tests.

"Every student deserves an effective, high-quality education, and next week’s assessments are an essential step toward ensuring success for students," the group's executive director Stephen Sigmund said.