Some colleges, universities allowing students to decide whether to provide ACT, SAT scores

The University at Buffalo and Buffalo State are some of the few, after COVID-19 has made it harder for the College Board to provide enough testing sites. 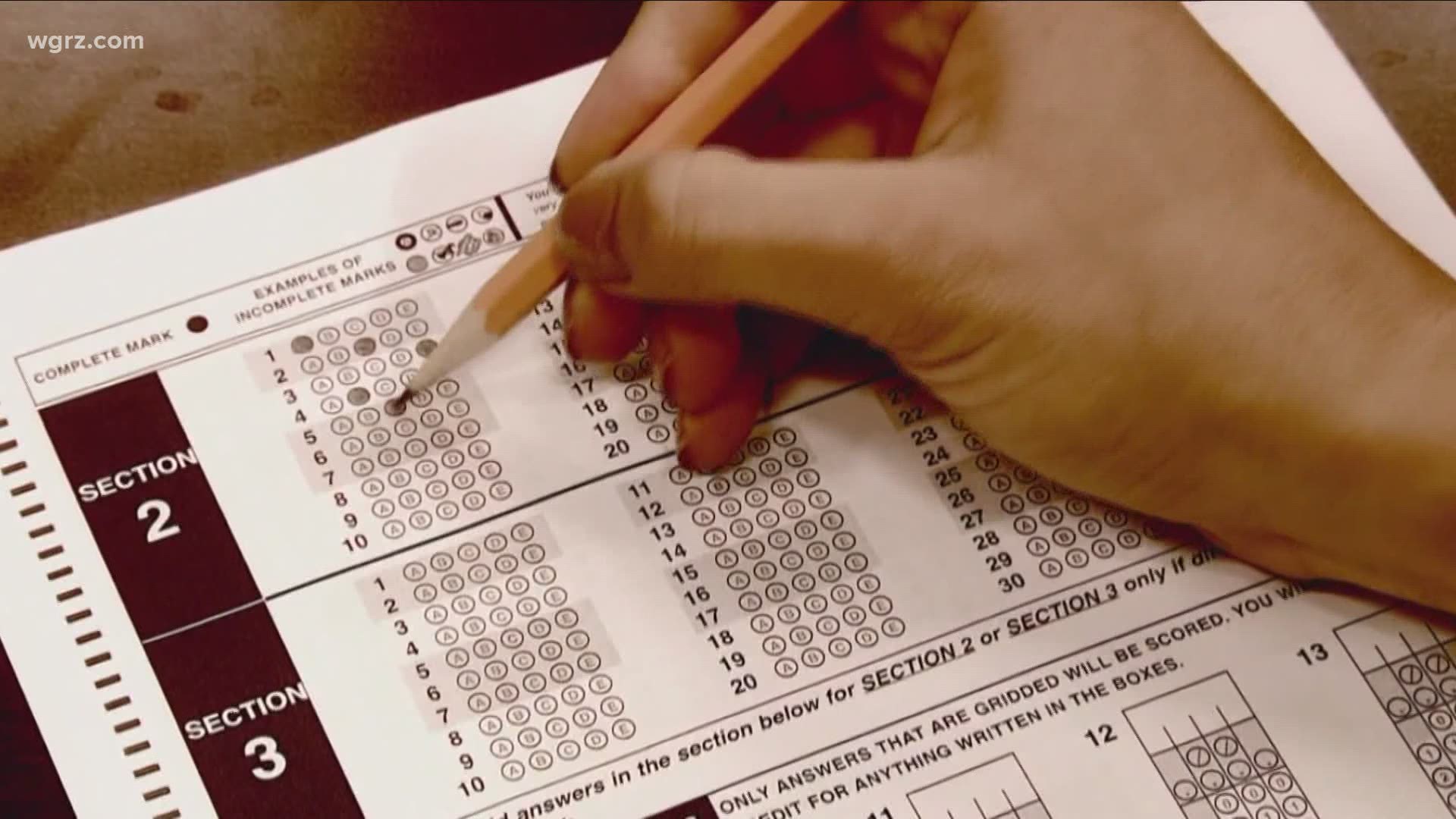 However, the College Board has closed several testing sites here and across the country because of the pandemic.

In Western New York, that includes several testing sites in Fredonia, the City of Buffalo, Hamburg, Rochester, the list goes on.

With only a few tests offered every year, Orchard Park High School junior Nolan Watson says he just wishes the College Board would be more proactive in notifying students sooner about the cancellations.

"When you're trying to put together your college application, the SAT is obviously one of the most important parts. It creates a lot of anxiety that I don't think is needed if they could have just improved their communication," Watson said.

Watson says the College Board didn't notify him that is test was canceled at Hamburg High School until about a week ago.

Luckily, he says he was able to get in last minute over at Mount Mercy Academy, but that's not the case for many of his peers who are seniors. 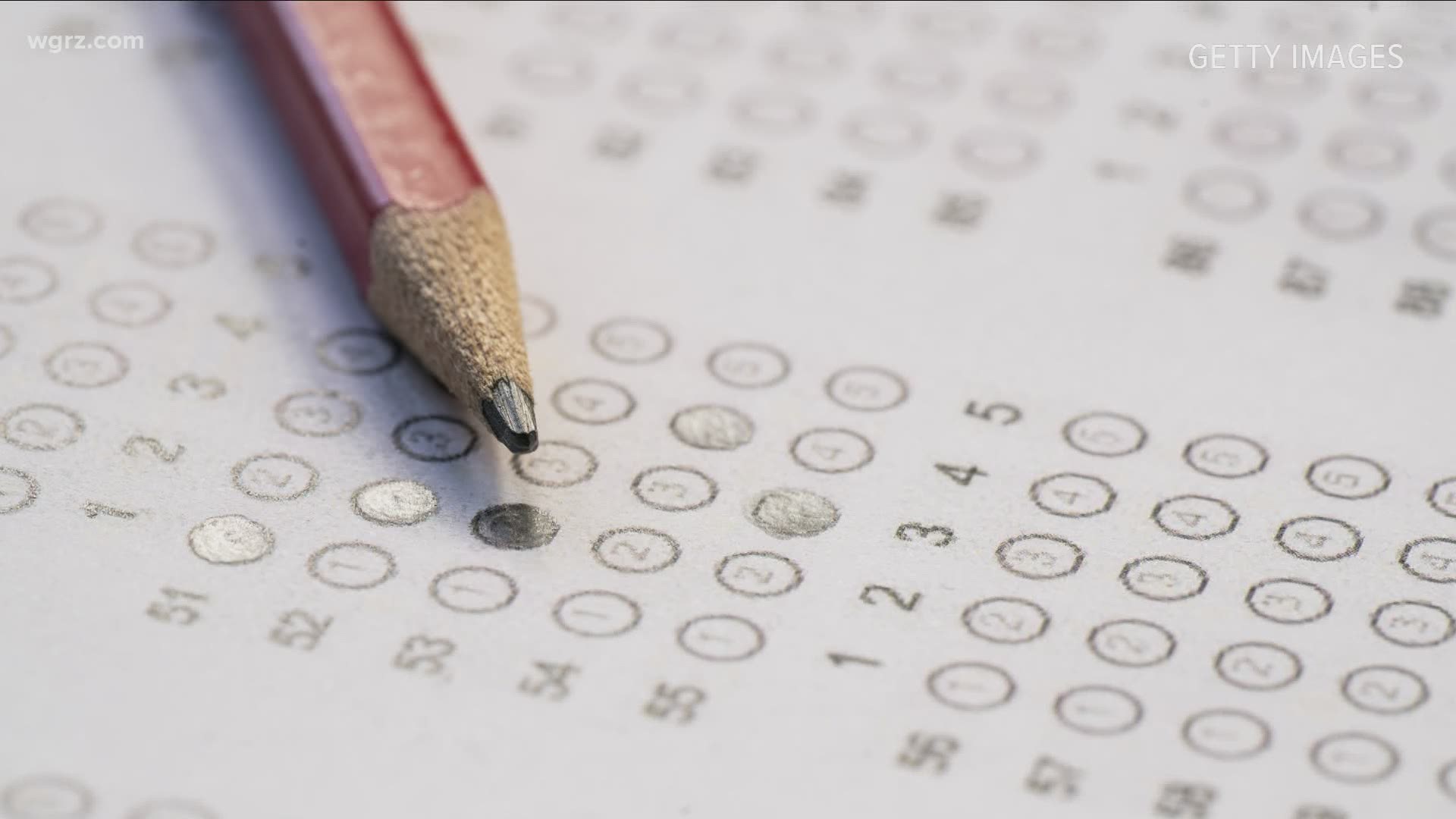 "I know they were very frustrated because now they're going to have to hope to get into one of the upcoming months, if they still have it," Watson said.

The College Board says on its website that the cancellations are due to "limited testing capacity" in several states due to "public health restrictions and high demand."

Several colleges and universities are now making the SAT and ACT optional.

That includes Buffalo State College, which has been doing so since COVID-19 started students' applications in the spring.

"Those students weren't harmed by their inability to take a test so we were able to make a decision without having that information," said David Loreto, director of undergraduate admissions at Buffalo State.

He says parents and students shouldn't be worried because colleges such as Buffalo State look at a student's entire academic performance.

He says parents and students shouldn't be worried.

That's because colleges like Buff State look at a student's entire academic performance from their leadership skills to their participation in extracurriculars.

So how will optional SAT/ACT scores affect colleges and students long term?

"Right now, we're just looking at the 2021 school year application cycle. A lot of what we do is tied to what the state of New York does. So a lot of our policies are governed by SUNY as a system," Loreto said. "But I know that's been something in consideration for future application cycles beyond 2021."

For now though, Watson still worries when trying to get into a competitive, pre-law program at Vanderbilt or Georgetown University.

"It's a nice gesture. Everyone is trying to make the best of the situation to accommodate everyone but at the same time, it's test optional and to be competitive, you're going to want to put together the strongest resume you have. If you take the SAT and still do well on it, obviously you will stand out even if it's test optional," Watson said.

The SAT and ACT is also optional at UB through spring 2022.

If you haven't checked yet, several SAT testing sites are also canceled for October 3 as well.