At a community forum hosted by the non-profit No More Tears, parents and concerned citizens had the chance to sit down with management from First Student, the bus company for Buffalo Public Schools. 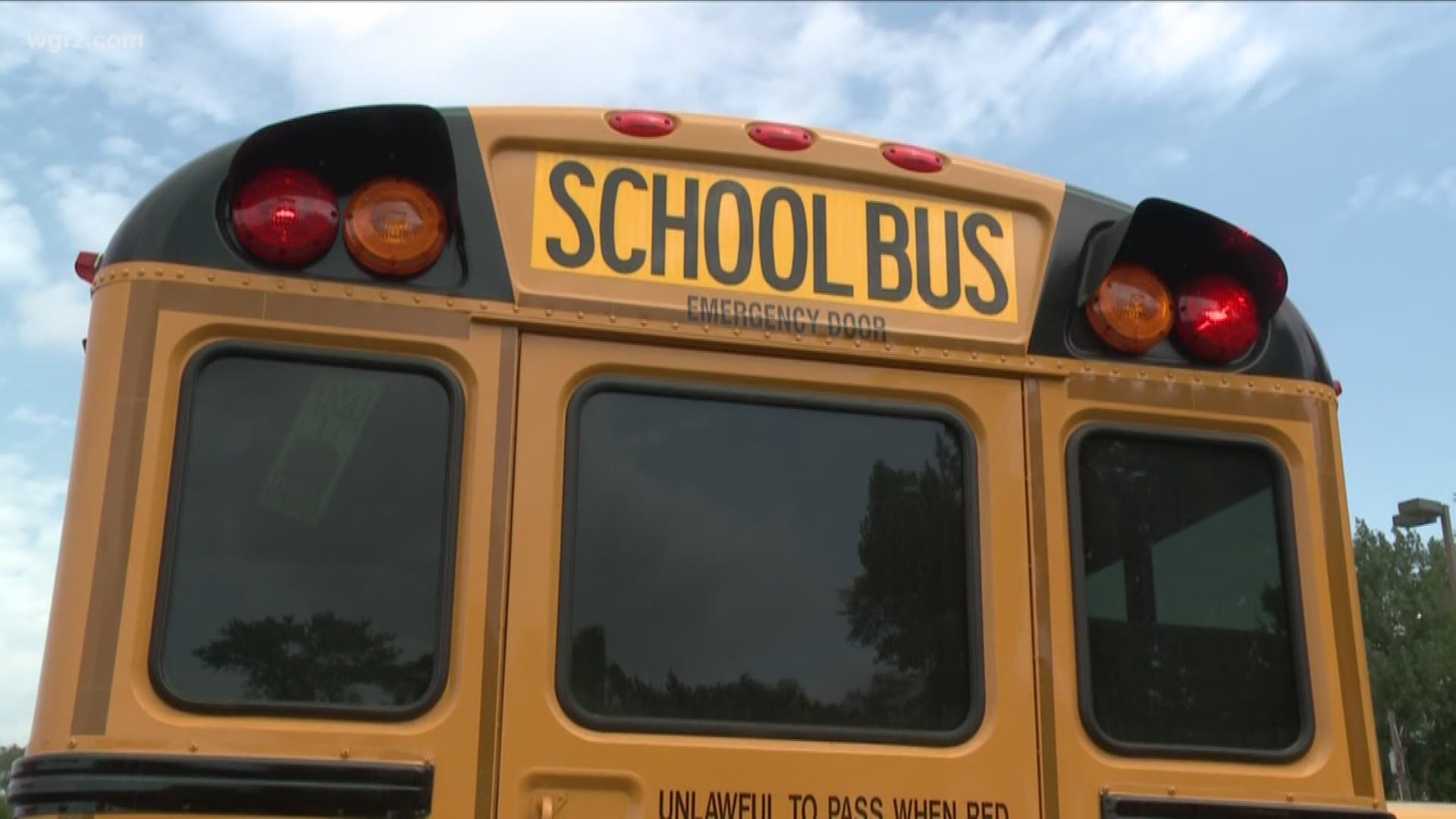 BUFFALO, NY -- You trust them to bring your child to and from the classroom safely, but some Buffalo parents say they have concerns about the school bus.

At a community forum hosted by the non-profit No More Tears, parents and concerned citizens had the chance to sit down with management from First Student, the bus company for Buffalo Public Schools.

A few concerned people are having a round table discussion with First Student buses about their concerns with BPS buses.
First Student says the concerns are coming from a bus driver shortage.
More tonight on @WGRZ pic.twitter.com/L7JEpLFauZ

During the forum, topics ranged from bus drivers speeding, to kids getting dropped off in the wrong location. However, for mother Felicia Taylor, it was a chance to find out what will change after her son was seriously hurt while on the bus last week.

"He was riding home and there was a little boy who was kicking him and my son pushed his legs away and a boy stood up somewhere behind him and must have taken off his belt. At this point and my son saw the belt and told the bus driver, 'he has a belt,' " said Taylor.

Taylor's six-year-old son Aiden was hospitalized after he was hit in the head with a belt by a student. Aiden needed staples to heal the laceration, but is recovering. Taylor says this incident could have been avoided if a bus monitor was on his bus.

First Student WNY Area General Manager Sean McCabe said the company has a bus driver shortage much like the rest of the country.

"We do our best, probably better than some companies can do with a big enterprise like this, but we could do a much better job here if we had another 40 or 50 people,: McCabe said. "Which we're hoping to hire this school year."

A spokesperson for Buffalo Public Schools says student safety is a priority and of the 600 bus runs in the district, 418 of them have bus monitors.