Parents demand the return of hybrid learning in Williamsville 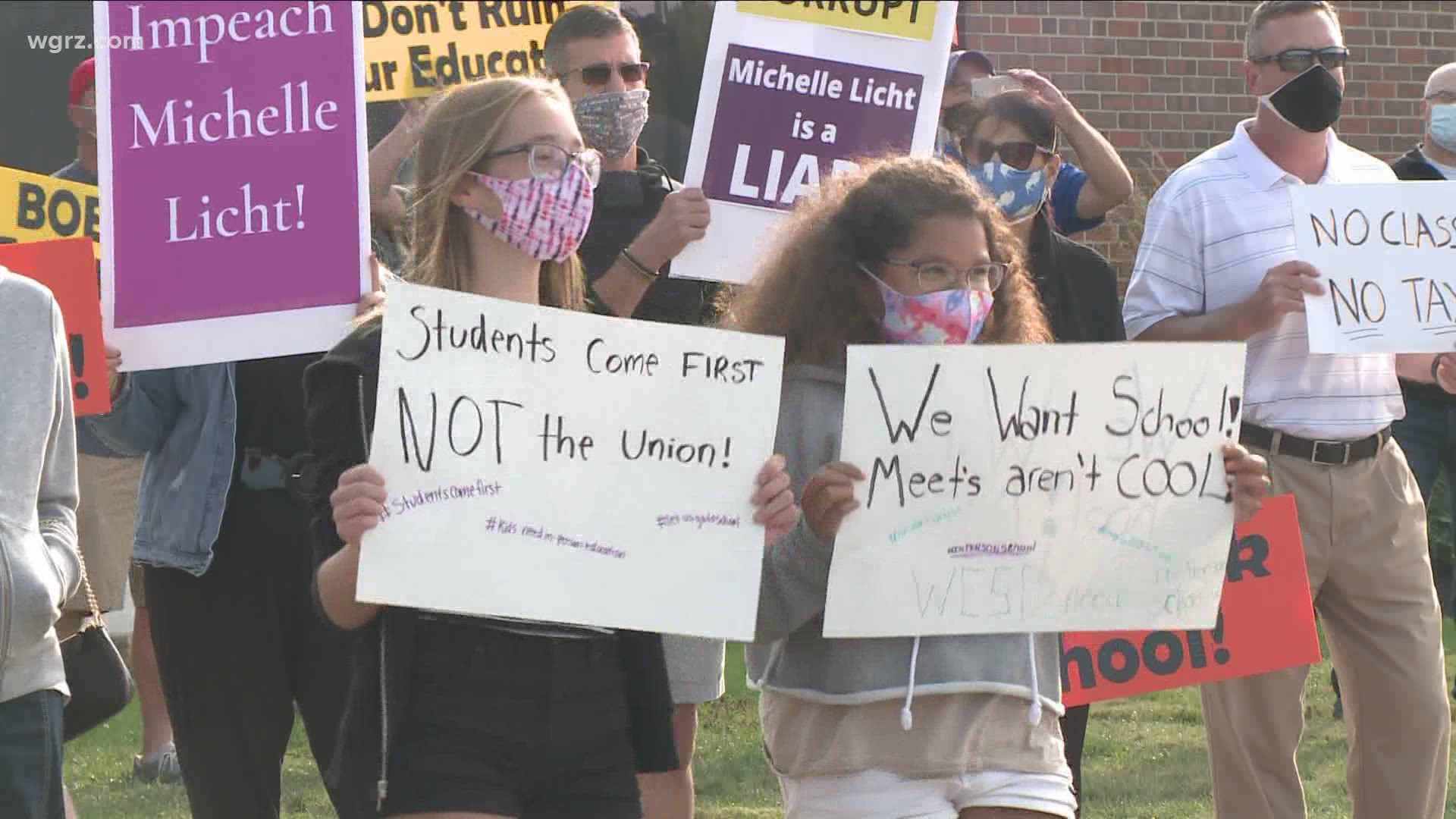 Starting Tuesday, students in grades 5 through 12 will officially be learning remotely. This is part of the district's new school model, a model announced last week by acting Superintendent Dr. John McKenna during an emergency board meeting.

While some families are happy with this decision, other families say they are angry and frustrated with the district's lack of transparency.

On Monday, parents and students gathered together in front of district offices again to make their feelings known. They want hybrid learning and they want it now.

#Williamsville these parents & their kids have been standing out here since 5:45pm with signs demanding the hybrid learning they were promised. There is now a parent created survey with over 1,000 signatures. One parent tells me “they are failing our kids.” @WGRZ pic.twitter.com/BvdfgJU0PX

One student told 2 On Your Side, "I don't feel like they care about us, they aren't listening."

Within less than one week of McKenna's announcement, parents are of hybrid learners are coming together in support of a petition that is circulating, calling for the board to uphold their original promise. A promise that supports both learning models — remote and hybrid.

Steve Siffinger helped start the petition and says with now over 1,000 signatures, the board better figure out a way to do right by his kids and many others.

"Bring back the hybrid model and do it in two weeks," he said. "Let us know what you need from us to make it happen."

According to the district, the hope is to get students back into the classroom by early next year. But parents protesting Monday expressed concerns about whether or not their kids could continue remote learning any longer — especially after this past spring and summer.

Hybrid learners and their families say they will continue to fight and protest until all students are treated fairly.

She read this to me, and then she held it up as high as she could. “We have a right to in-person education.” @WGRZ pic.twitter.com/VCpbhafeH7