The school opened up The Nest, which will be used for watching games and movies or holding events. 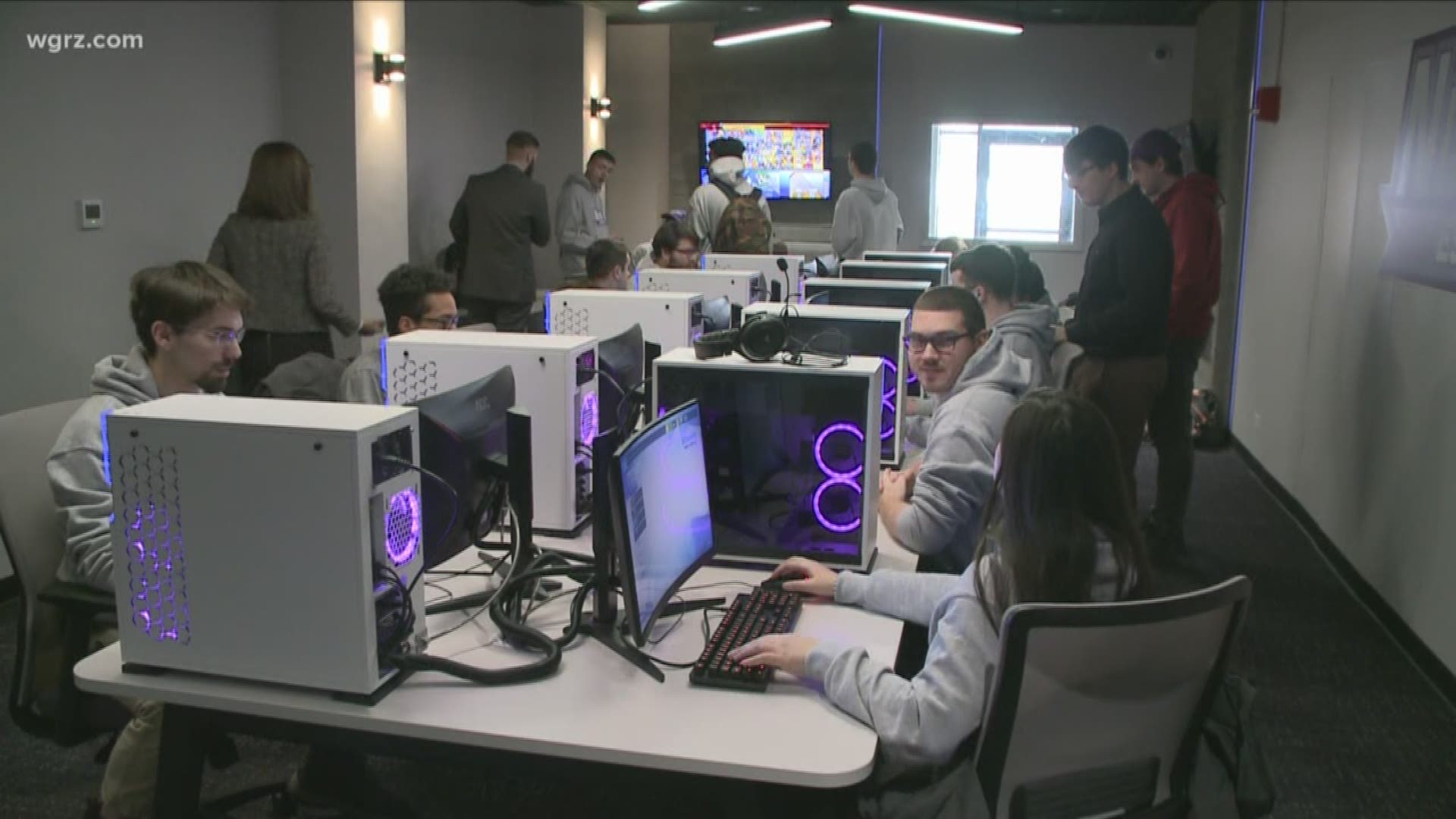 LEWISTON, N.Y. — Niagara University students have a new spot to kick back, relax and get in on some serious competition.

The school opened up The Nest on Thursday. It's a student lounge for watching games and movies or holding events.

But it also is a space for the school's e-sports club to practice and take part in national competitions, after it signed an agreement Thursday to play in a national college league.

More than 40 students are playing with the team, and there will be a big event there with a League of Legends tournament in April during the Metro Atlantic Athletic Conference basketball championships.