Buffalo was the only one of the state's big five city school districts that didn't show improvement in both English and math tests. 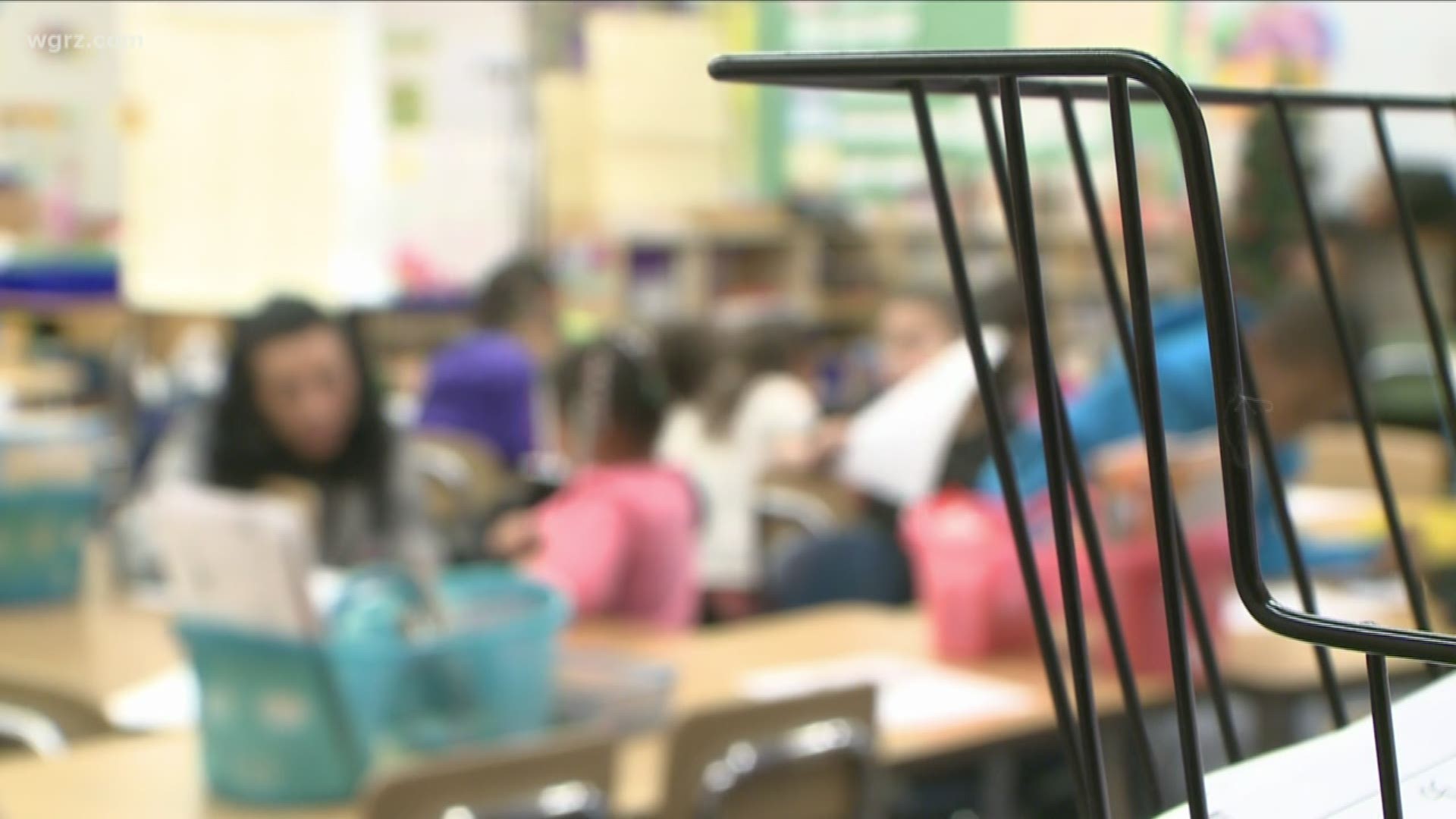 BUFFALO, N.Y. — 2 On Your Side received the results of this year's standardized testing in schools, and for the most part, things are improving.

First the good news. Statewide, more students were proficient in English and math this year than last, and the English scores improved in Buffalo as well, though not as much as last year.

But math scores dropped slightly in Buffalo, falling below 21 percent of students being proficient.

It's the only one of the state's big five city school districts that didn't show improvement in both tests, and in all of them, proficiency is still less than 50 percent.

Superintendent Kriner Cash says the numbers aren't what they expected and that they have to do more.

RELATED: Buffalo Public Schools to make Wi-Fi accessible for students who don’t have internet at home