Gov. Cuomo, some school superintendents at odds over COVID-19 testing

The governor's office provided some clarification regarding COVID-19 testing, but there is still some confusion over what Gov. Andrew Cuomo really wants. 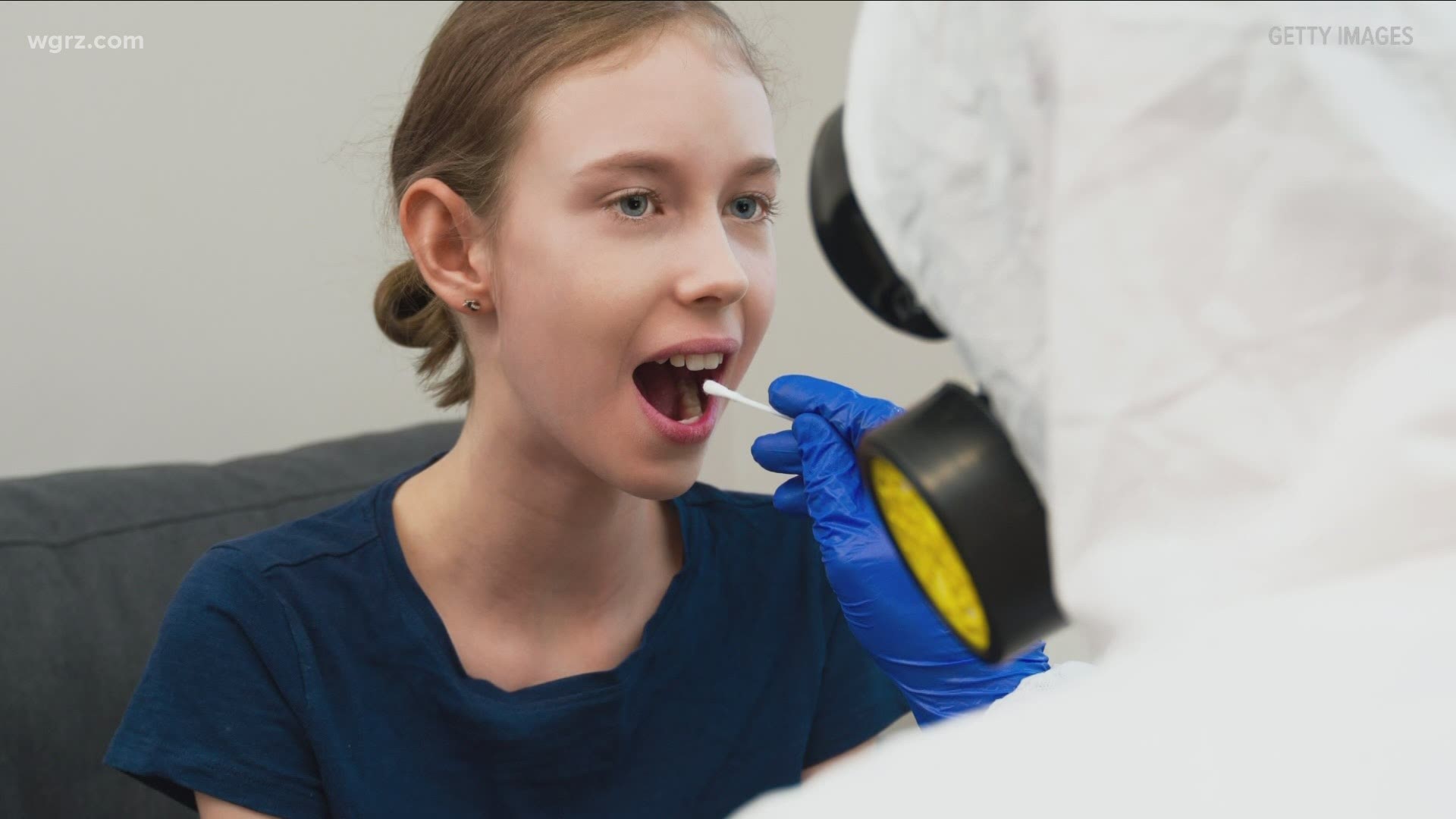 BUFFALO, N.Y. — We've seen a lot of confusing and sometimes conflicting information regarding COVID-19 and how officials at all levels are trying to cope with the pandemic.

Now some recent comments by Governor Andrew Cuomo on schools and testing have superintendents scratching their heads and some wondering if something else is going on.

"Yesterday before mentioning testing... he talked about how the reopening plans were 'indecipherable' and that we should be holding conversations with parents and teachers, which we have been," Hughes said. "I don't know why testing has come up all of a sudden. When all the Department of Health and State Education Department guidelines state pretty clearly that districts are not to be doing testing. We're not medical professionals."

This is what the New York State Department of Education advised schools to do for reopening, "It is strongly recommended that schools comply with CDC guidance and not conduct COVID-19 testing or require testing or antibody testing of students or staff members. The decision of whether a test needs to be conducted should be determined by a healthcare provider or the local department of health."  It goes on later to state "Schools wanting to perform COVID-19 testing must apply and be approved as a limited service laboratory."

"Testing Protocols: Process for the provision or referral of diagnostic testing for students, faculty, and staff for COVID-19, in consultation with local health department officials, when needed, which should include plans for testing of symptomatic individuals, close contacts of COVID-19 suspected or confirmed individuals, and individuals with recent international travel or travel within a state with widespread transmission of COVID-19 as designated through the New York  State Travel Advisory, before allowing such individuals to return to in-person to the school;

"Testing Responsibility: Identification of who in the community is responsible for referring, sourcing, and administering testing (e.g., local health department testing site, physician offices, hospital system), particularly in the event that large-scale testing at the school is needed."

We sought more clarification and received the following statement from the governor's office Tuesday:

"Districts must have a plan in place for testing related to symptomatic or exposed individuals, whether in school or through the local health department, that includes timely delivery of results and any ensuing testing of additional individuals. Additionally, any positive cases must be tracked through established contact tracing protocols and in coordination with the local health department. DOH guidance allows districts to implement additional testing protocols."

Niagara Falls School Superintendent Mark Laurrie said in response, "The perplexing part of this is we are educators - oathed to teach children in a safe and orderly way. And these requirements push us to to become testers, tracers, doctors, interpreters and that's not what we're equipped for." 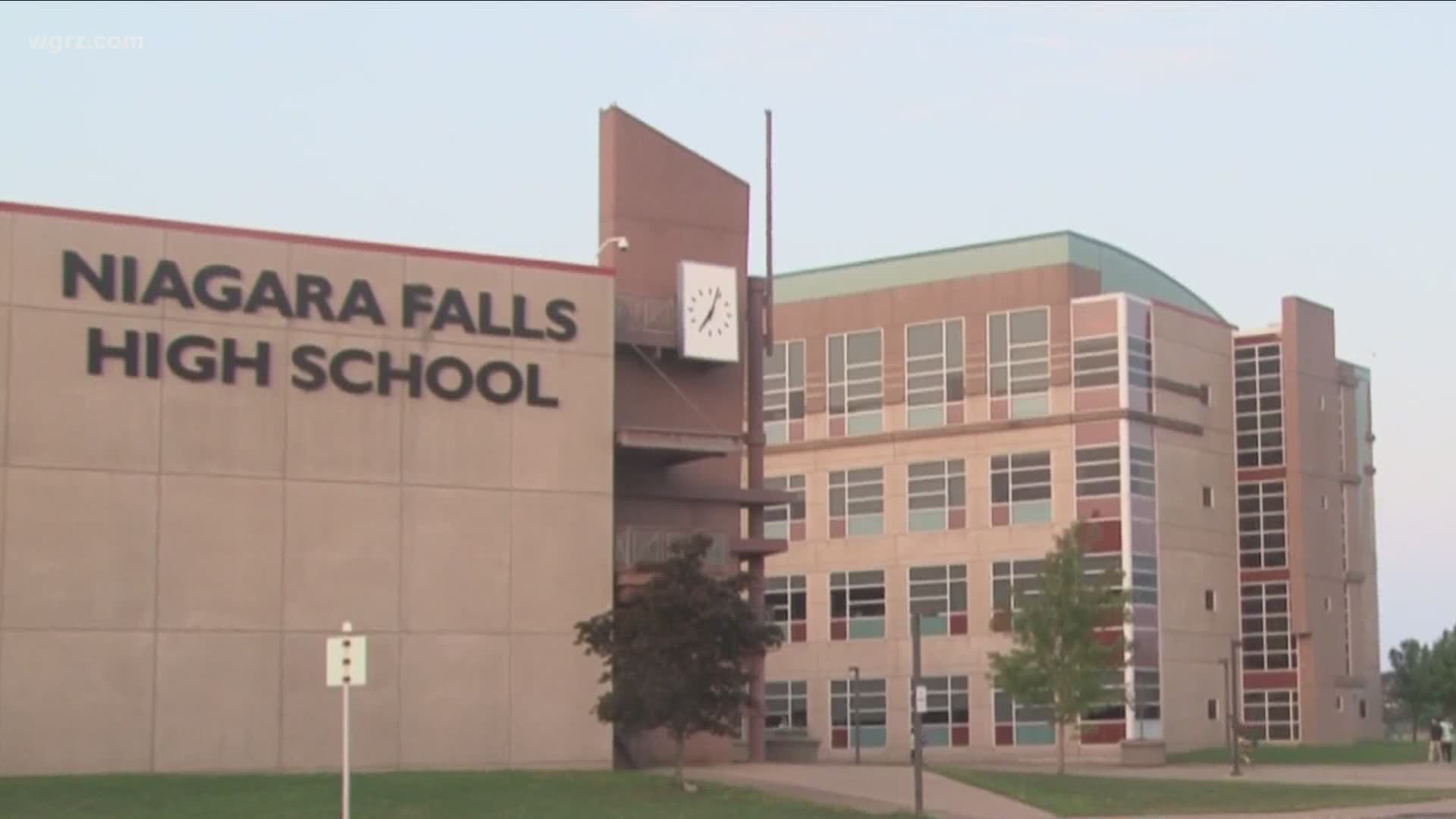 Medina Schools Superintendent Mark Kruzynski told 2 On Your Side that his staff tried to compute the costs of testing for every student and staff member on a once a week basis for 15 weeks until the winter break. He says they used the standard suggested rate of $90 per test and it came out to about $2.1 million. Kruzynski says that is just money they don't have.

And there's an opinion circulating now that with these comments the governor is trying to build a case. He said he would announce a decision on school reopening this week.

"My concern is this testing is gonna be used as an excuse for schools not to open... for us to go fully virtual," Hughes said.

Hughes went on to say, "I hope I'm wrong. But when we think about what slides were included, why it was included in that press conference, why it's been mentioned a couple of different times. Governor Cuomo doesn't do anything off the cuff especially when he mentions it more than once. There's a reason behind it and I just wish there was transparency on what the thinking is going forward."

Hughes says since there is so far no federal aid package to close budget gaps caused by the pandemic he has further concerns.

"If this move to a virtual environment, if he so chooses to do so, make us all do so, to start the school year — does that also say that well we don't use as many people so we're gonna cut your aid by 20 percent to close the budget gap," he said. 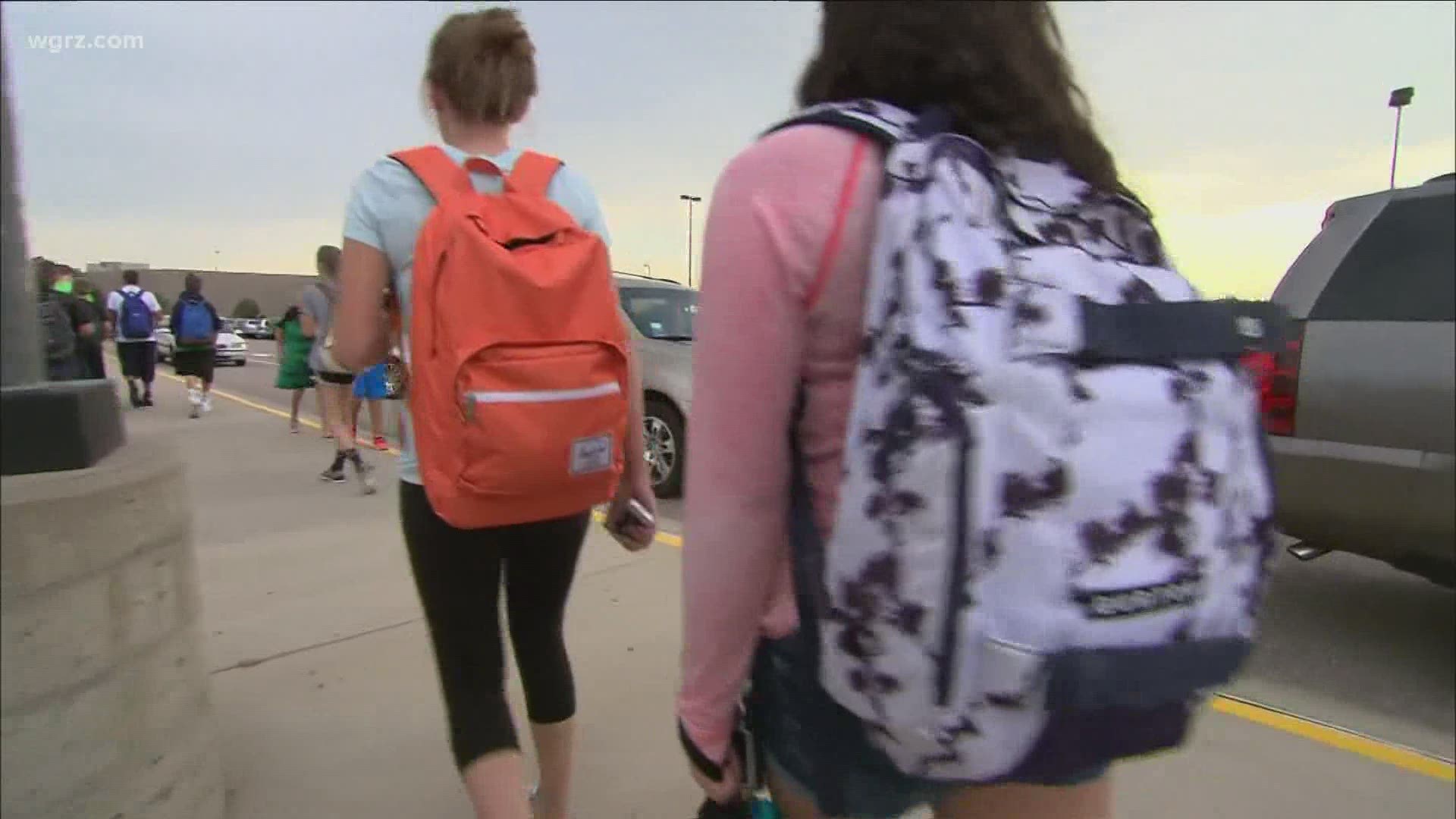