"Do I think the circumstances that would have happened with me being placed on administrative leave are correct? No I do not," said Dr. Scott Martzloff. 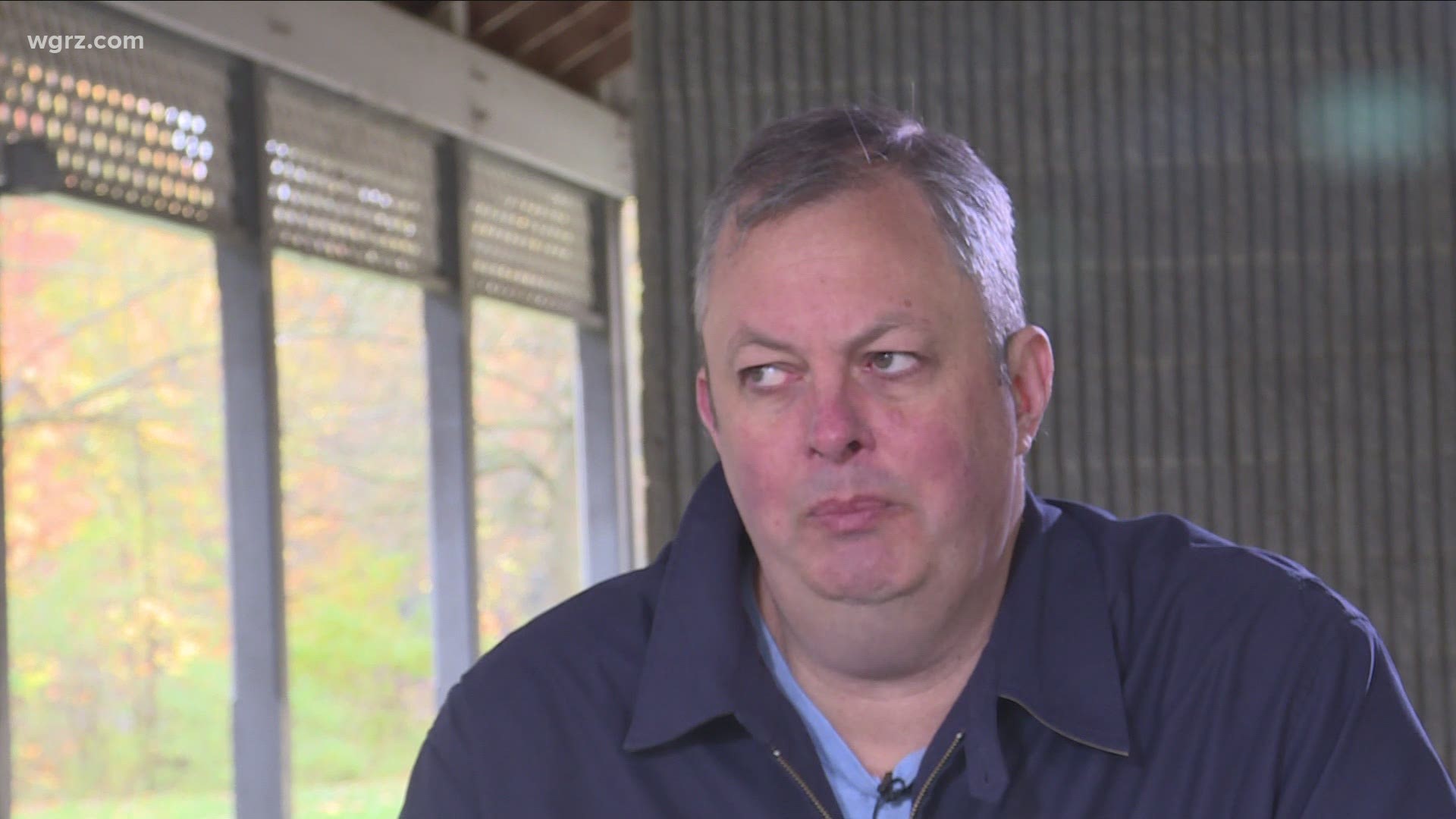 WILLIAMSVILLE, N.Y. — 2 On Your Side got to speak with Dr. Scott Martzloff, the Williamsville Central School District superintendent who was placed on leave by the school board because of their dissatisfaction with the reopening of schools throughout the district.

Martzloff is the subject of an investigation by a district hired legal firm to look into how how he handled the reopening plan. When asked if Martzloff was worried about the investigation, he said he wasn't.

"No - not at all," Martzloff said. "Because we planned collaboratively. We worked together to get the plan done. We had a staffing issue at the last minute that didn't allow us to provide education full time [for] online learners for grades 5 through 12. That probably would have been resolved within a couple of weeks."

Martzloff says he feels he did nothing wrong to harm the district or affect the education product, but in the board of education's viewpoint, it came down to performance.

"I think whenever I look at my tenure in the district, there's lots of things that I could look back and said I could have done a better job," he said.

"I don't understand that; I don't agree with that at all, Ron," Martzloff said. "And I'll tell you why. I just got my evaluation in June and it was all effective and highly effective. So within two months, now all of a sudden I need to be fired from my job. That seems a little bit extreme. I understand people maybe not being satisfied or happy or whatever the case may be, but I think it goes little too far."

And there's the issue of him being replaced by Dr. John McKenna — the assistant superintendent for human relations who oversaw hiring of teachers in the Williamsville School District — and then the district coming up short-staffed for hybrid and remote learning.

Plants asked: "Do you feel let down by Dr. McKenna?"

"I guess I would put it this way. In light of the circumstances, you know, I do feel like I was let down," Martzloff said. "Do I think the circumstances would have happened with me being placed on administrative leave are correct? No I do not. I think it's overly harsh and quite an emotional response."

We also asked Martzloff about the apparent contentious relationship between him and Williamsville Teachers Association President Michelle Licht. They had clashed with Martzloff's efforts years ago to remove Assistant Superintendent Dr. Kim Kirsch who also oversaw Human Resources for the district. Her dismissal was upheld by a state hearing officer.

Martzloff contends that board members are under the sway of Licht and the Williamsville Teachers Association because they were elected with their support. And he brought up another point.

"In January we start negotiating a new contract with the teachers union," Martzloff said. "How do you do that when you have someone telling the school board how things need to be. And we'd say to the teachers no you can't have this or you can't have that. But you can have this and you can have that. That becomes a challenge to do things like that when you have someone that's really been given that much power."

We contacted Licht for a response but she did not return our call.

2 On Your Side also reached out to the Williamsville Central School District for a response to Martzloff's comments. We got this statement on Monday from District Communications Director Nicholas Filipowski:

"The District is not discussing an on-going investigation in the media, or Dr. Martzloff's false narratives. This investigation is being conducted expeditiously, diligently, and will be based upon the facts. It is not in the best interest of students, parents, teachers, or anyone in the community to rush this investigation."