'Coming from 2012, where we had a graduation rate of 49 percent, and now to look at 76.3 percent, it's incredible growth,' school board member Larry Scott says. 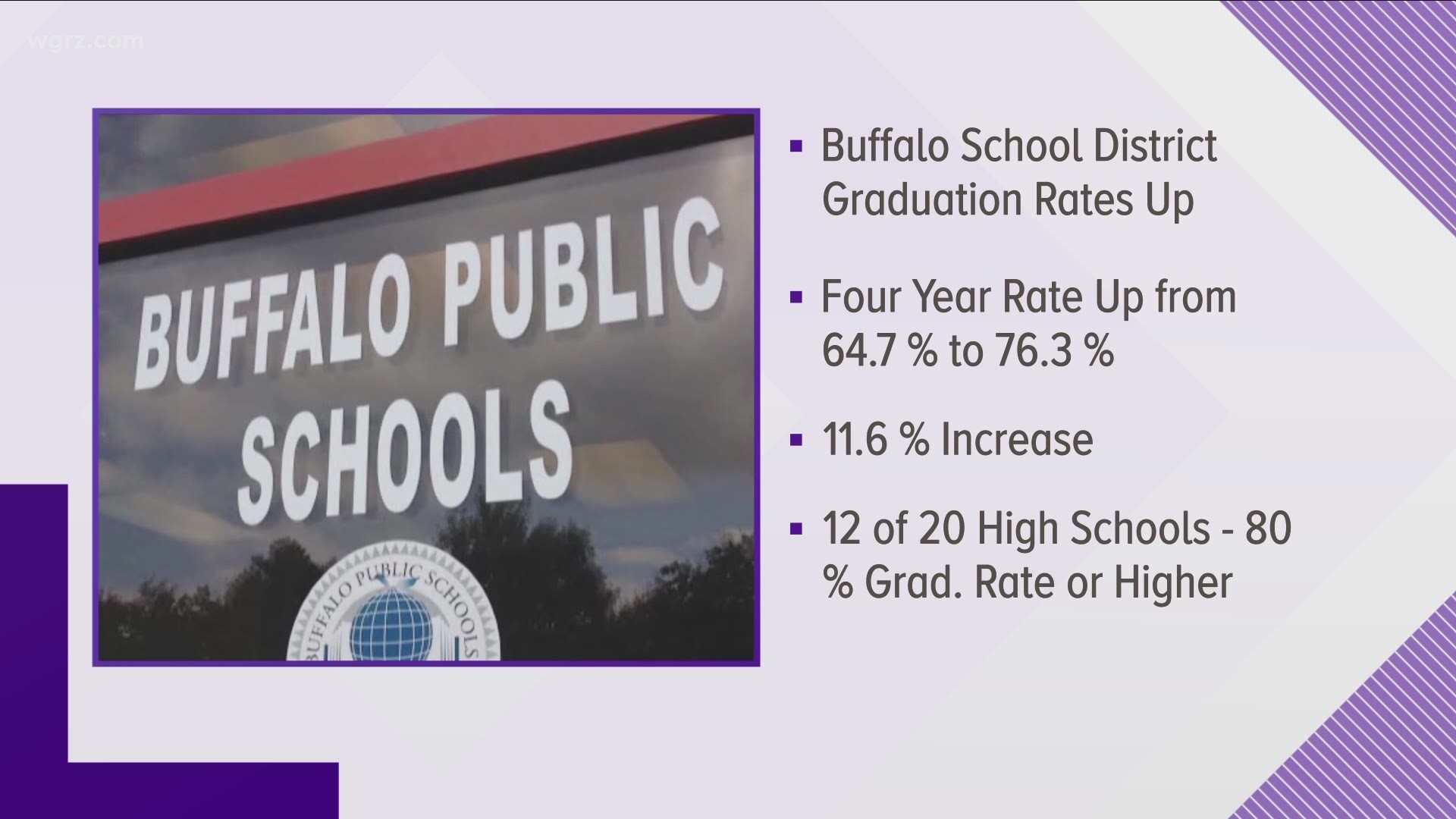 BUFFALO, N.Y. — Graduation rates released by the Buffalo City School District show over a four-year period an 11.6 percent jump to just over 76 percent.

District officials indicate that 12 of the 20 high schools averaged over 80 percent in terms of graduation.

School board member Larry Scott says you can go back even farther to see the success.

As part of the success, the district points to what is called the Innovative High Schools program launched in 2016, which includes Lafayette and Bennett high schools, which had problems in the past.

Scott says, "At Bennett you have the innovative tech program there. You have the research lab and Bioinformatics program there, and then the Middle Early College, and all of those programs graduated classes well above the state average."

But there is the primary question about the impact of canceled regents exams, which may have kept some students from graduating in past years. And there have been claims that some students being pushed through to pass with remote attendance.

Samuel Radford, co-chair of the District Parent Coordinating Council,  was encouraged by the rising rates but he feels that the state's decision to cancel the Regents exams with COVID concerns must be a consideration.

"That obviously inflated the numbers. So the question is how college and career ready are they? I'm saying those are the questions that we need to be honest with ourselves about," he said.

He added, "If you factor out the exemptions as the result of the regents exams being canceled, Buffalo still exceeds a 70 percent graduation rate."

"That's significant," Radford said, "so I think that's something we should really be proud of, and we should be happy with the progress we're making in the school district."