"That statement from the governor over the weekend was the equivalent of a curveball," said Robert Breidenstein, the superintendent of Salamanca City Schools. 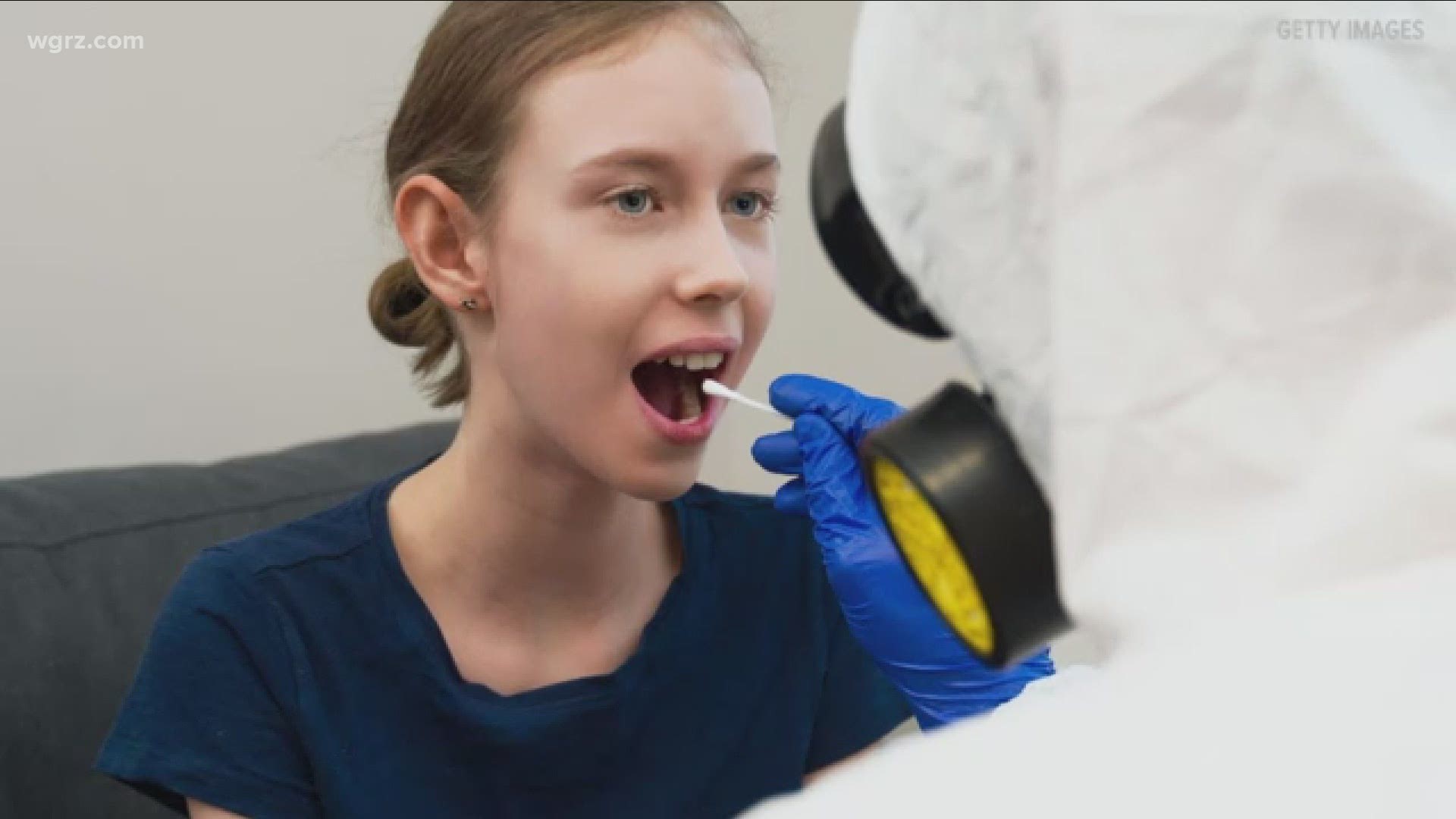 NEW YORK — One day after the deadline for districts to file reopening plans with the state, Governor Andrew Cuomo brought up another concern schools need to address.

The governor's comments caught many local superintendents by surprise.

"That statement from the governor over the weekend was the equivalent of a curveball," said Robert Breidenstein, the Superintendent of Salamanca City Schools.

He added, "There had been no prior announcement or thought that school districts would need to be responsible for medical testing procedures or having a medical plan in place to test individual students."

"I'm not sure why all the sudden testing has become a focal point of our plans. It was never included," said Frontier Schools Superintendent Dr. Richard Hughes.

We sought some clarification and got this response from, Jason Conwall, spokesman for Governor Cuomo:

“The Department of Health guidance serves as the mandatory baseline of health and safety protocols for school districts to follow and testing is part of a continuum of mitigation efforts that includes mandatory daily temperature checks and other additional screening, testing for symptomatic individuals or exposures and contact tracing in the event of a positive case.

“Districts must have a plan in place for testing related to symptomatic or exposed individuals, whether in school or through the local health department, that includes timely delivery of results and any ensuing testing of additional individuals. Additionally, any positive cases must be tracked through established contact tracing protocols and in coordination with the local health department. DOH guidance allows districts to implement additional testing protocols.”

We asked Daniel Stapleton, the Niagara County Public Health Director, for his perspective.

"Having this information change that much within 48 hours doesn't make a lot of sense," said Stapleton.

He told 2 On Your Side, where things stand right now, it wouldn't be feasible for districts to be totally reliant on local health departments.

"It's definitely not realistic based on the current supplies, current resources, current staffing, all those things combined and they're all parts of the puzzle in terms of being able to meet this guidance," said Stapleton.

We also reached out to the Erie County Health Department.

A spokesperson told 2 On Your Side, "At this time, diagnostic COVID-19 testing is available to anyone who schedules an appointment at one of ECDOH testing sites or through other community diagnostic testing sites. We will work with school districts for contact tracing as needed once schools re-open, as we have with other businesses and organizations."

"Through our case investigations, our contact tracing team helps coordinate diagnostic testing at no cost through our Public Health Lab to individuals who are identified as close contacts of a confirmed positive case."

While many districts in Western New York are now scrambling to work out the details, some already have alternative possibilities.

"Within the Salamanca system, we have a partnership with an outside vendor who has presented us with a request for a proposal to do just that testing in partnership with our medical provider and our school nurse manager," said Breidenstein.

Niagara Falls City School District Superintendent Mark Laurrie said, "The perplexing part of this is we are educators -- oathed to teach children in a safe and orderly way. And these requirements push us to become testers, tracers, doctors, interpreters and that's not what we're equipped for."

Sometime this week, the governor is expected to announce a decision on reopening schools.