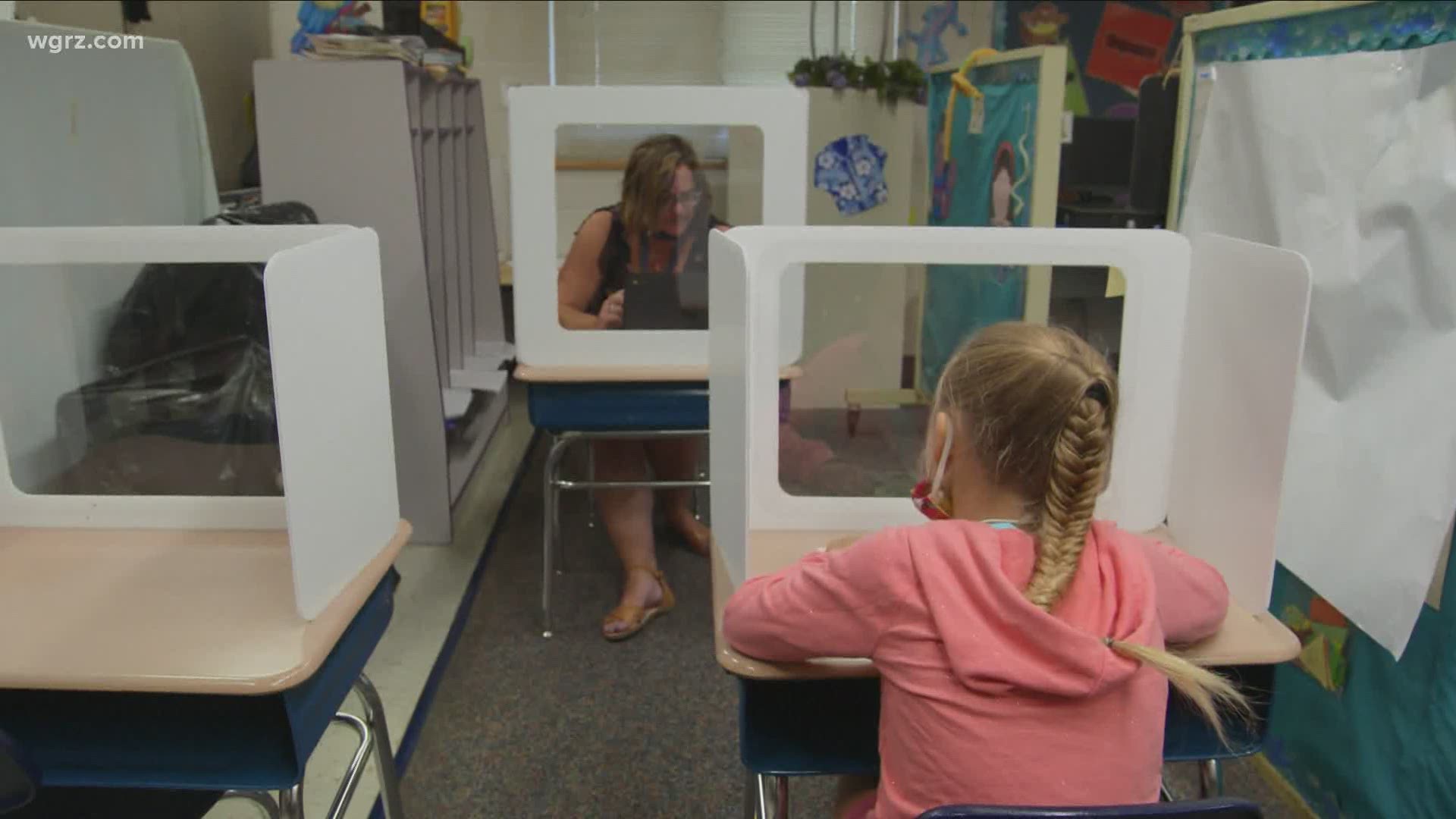 BUFFALO, N.Y. — Just as nearly 700 school districts across New York State rushed to get their reopening plans submitted to the state, now at least one superintendent says Governor Andrew Cuomo's statements about student testing by schools came out of left field.

For the record the "announcement" actually started Saturday just after school districts finished rounding the bases and turned in their mandated reopening plans to the state education and health departments. Then the governor said this about those plans and whether parents are confident they are safe for their children, "How are you going to test the students? How many are you going to test per day? How long will it take to turnaround the tests? And where are you going to get the testing capacity?"

The governor also wanted to stress that as far as families are concerned, "the devil is in the details."

So we looked for details and found them on page 41 of The New York State Department of Education's guidance to schools for reopening.

It reads like this, "It is strongly recommended that schools comply with CDC guidance and not conduct COVID-19 testing or require testing or antibody testing of students or staff members. The decision of whether a test needs to be conducted should be determined by a healthcare provider or the local department of health."

It goes on later to state, "Schools wanting to perform COVID-19 testing must apply and be approved as a limited service laboratory."

Laurrie says he looked over the 144 page document again and spoke with some of his counterparts in other districts.

"We didn't plan for this," he said. "We didn't write this into our reopening plan. Nor do I think it's feasible with the testing capabilities that we have in Niagara Falls right now."

Other superintendents told 2 On Your Side to factor in the costs of tests — estimated at $90 dollars each — for districts which are already strained by extra PPE and other pandemic expenses as well as potential state budget cuts mentioned by the governor. They further point out that testing materials are in very short supply right now as much of it is being shifted to the states in the south and the west which are being overwhelmed with COVID cases.

2 On Your Side reached out to the governor's executive press office Monday for further clarification. Jason Conwall, spokesman for the governor, gave us the following statement on Tuesday:

“The Department of Health guidance serves as the mandatory baseline of health and safety protocols for school districts to follow and testing is part of a continuum of mitigation efforts that includes mandatory daily temperature checks and other additional screening, testing for symptomatic individuals or exposures and contact tracing in the event of a positive case.

“Districts must have a plan in place for testing related to symptomatic or exposed individuals, whether in school or through the local health department, that includes timely delivery of results and any ensuing testing of additional individuals. Additionally, any positive cases must be tracked through established contact tracing protocols and in coordination with the local health department. DOH guidance allows districts to implement additional testing protocols.”