Buffalo Public Schools officials dispute the teachers' union claim that schools are not clean and safe. 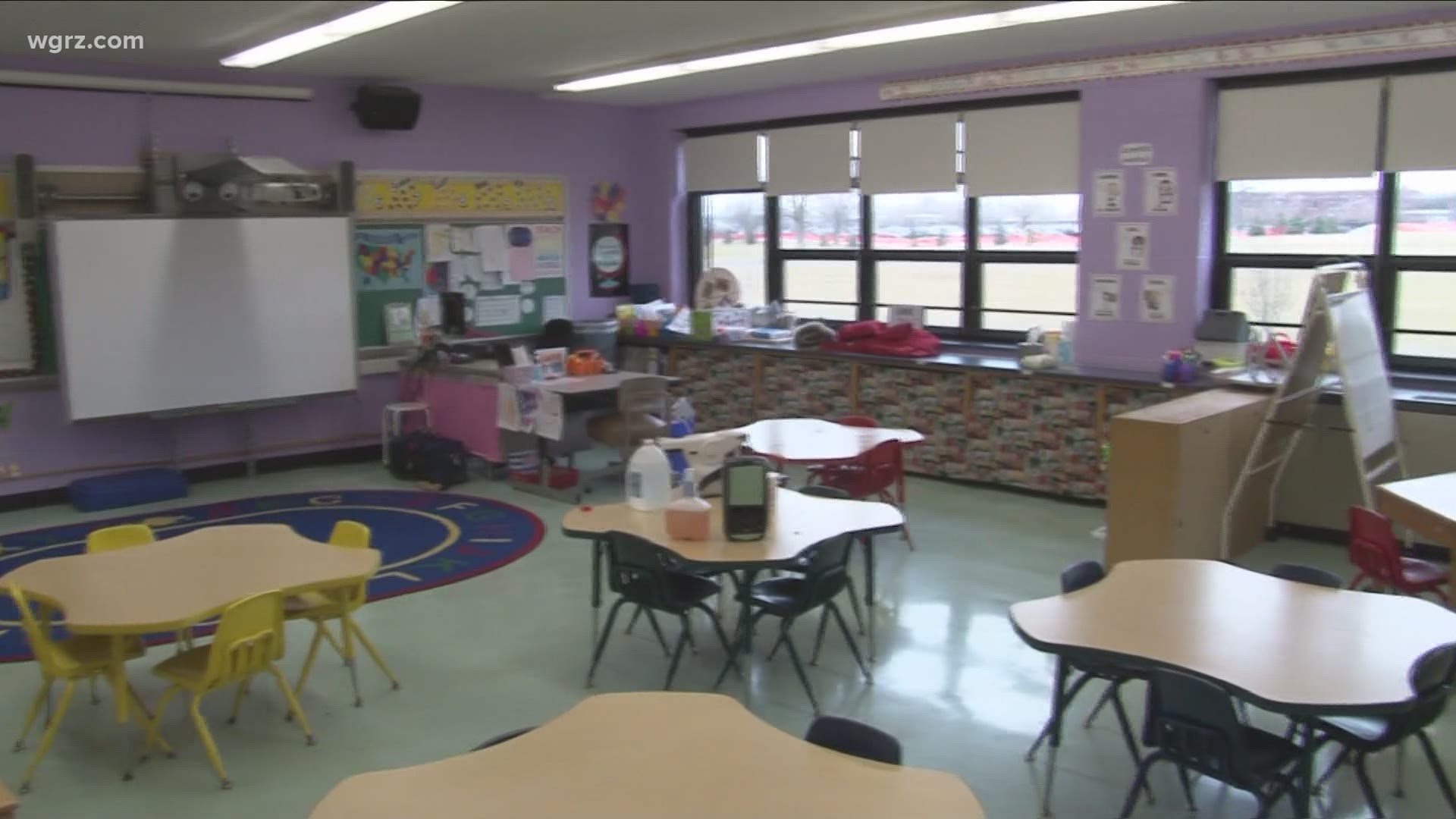 BUFFALO, N.Y. — There is now a legal battle set for the scheduled partial reopening of Buffalo schools, which is set for Monday morning.

The Buffalo Teachers Federation President Phil Rumore released a statement Thursday evening that stated "to ensure that our school/sites provide for a healthful/safe return, the BTF will seek court action to prevent the unsafe return of students and staff until such time as the serious safety and health issues have been and remain corrected."

Rumore goes on to say that some health concerns have been addressed by the district but the teachers at each school and site did not get written assurances that the issues will be addressed.

He adds that teachers do want to be back with their students and "miss" them, but they also want to be confident that teaching and learning conditions are safe for students, parents, staff, the community, and teachers themselves.

Rumore did not return calls and texts from 2 On Your Side on Thursday.

2 On Your Side did speak to School District General Legal Counsel Nathaniel Kuzma, who says the district does expect teachers to report for that resumption of classes for some students on Monday. He also says they are prepared to handle the suit with a safe return to the classroom.

Earlier on Thursday, Rumore and union officials met in a teleconference with Kuzma and officials of the Buffalo School District to try to iron out their differences. 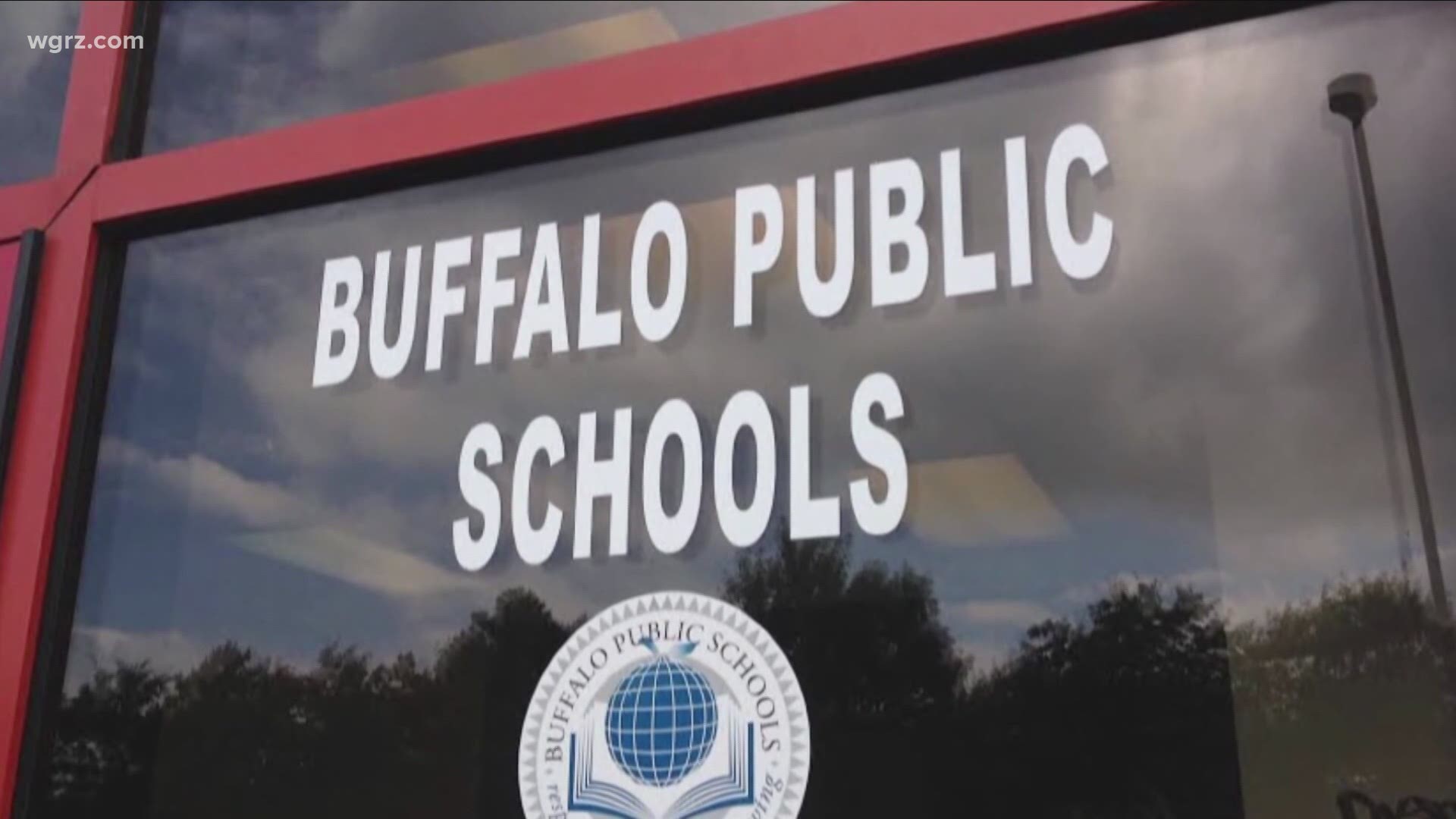 The Buffalo School District says it still plans on going ahead with planned reopening of in-school instruction for grades Pre-K through second, high school senior class members, and some designated high needs students with other grades to follow in intervals.

These would be the first in person classes since the district closed its 60 school buildings and went remote in March of last year.

The Buffalo Teachers Federation has steadily pushed back, saying the schools are simply not clean enough or safe enough for reopening.

Rumore told 2 On Your Side this just last week, "Bottom line is when they come back, we want them to be safe that's all. I mean, I would hope that we don't have to go to court. I would hope that the district would take and look at some of these things that we're giving details on to them and say, 'Look, we will be in contact with each one of those schools and be telling them exactly that it has been taken care of.' "

The district maintains it has done the job to protect students and staff against COVID. Associate Superintendent for Secondary Schools David Hills said last week that "Dr. Cash would not be recommending that the schools reopen without being 100 percent convinced that it's safe, and his recommendations he's been receiving from experts and from all our building teams that it's safe."

Buffalo School Chief Operating Officer Jim Weimer said last week, "The health department is always in our buildings. We're always prepared. We address any issues that ever come up. Our buildings are ready to go. We spent a lot of time, as Mr. Kirker told you, and we're very confident that we can bring our children back here safely."

Barry Kirker is in charge of school plant operations for the district, including custodial staff. He detailed the cleaning along with new upgraded filters being installed for school ventilation systems to address BTF concerns.

The BTF also sued the district back last September in 2020 to keep teachers out of schools but a judge denied their legal request. That was despite the district's decision to open only with remote learning which it had continued to do until now.

We'll also point out similar concerns surfaced in Chicago and other cities this week as teachers in the Windy City question school reopening plans and some voted to stay in remote learning.

The statewide teachers labor organization, NYSUT, also stated, "There is no replacement for in-person education, and our goal is to get back to that. Additionally, as it has been throughout the pandemic, our top concern continues to be the health and safety of students, educators and their families. So we support the reopening of classrooms where districts have taken all of the steps necessary to instill confidence in both educators and parents that reopening can be done in a safe manner. We stand with the BTF in their fight to force the district to act transparently and provide detailed information on the safety measures that need to be in place to protect students, educators and their families. Failure to provide the full health and safety information BTF is seeking only stands to promote a lack of confidence in the reopening plan.”