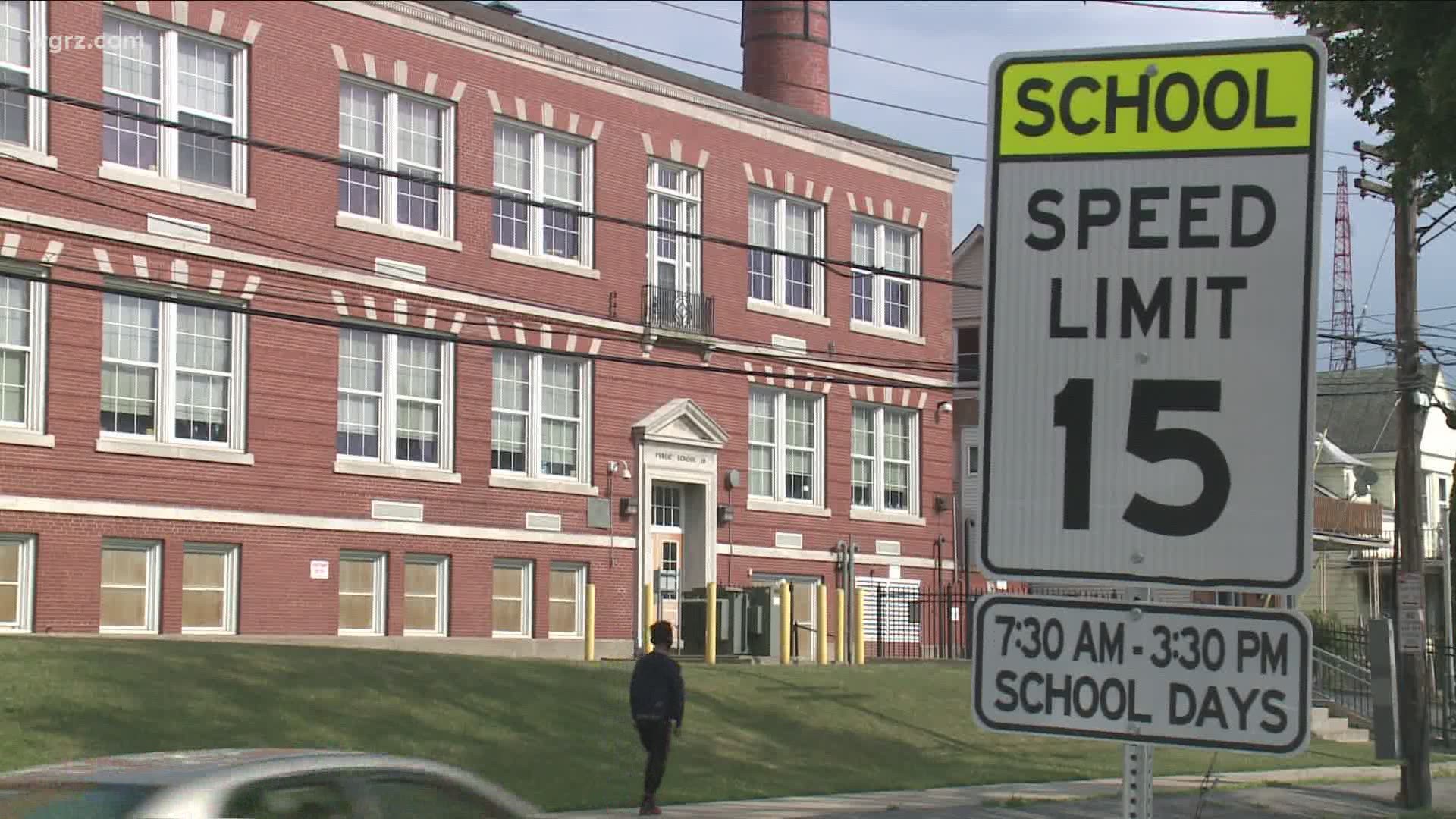 BUFFALO, N.Y. — As school districts across New York State create plans for reopening schools in the fall, the president of the Buffalo Teachers Federation is voicing concerns regarding the Buffalo Public Schools' reopening manual.

In a letter addressed to the superintendent of Buffalo Public Schools and the Buffalo Board of Education, Philip Rumore — president of the Buffalo Teachers Federation — raises several concerns with the school district's reopening guidelines. Rumore says the teachers were not consulted or involved in the development of the document.

Rumore goes on to say that the committee met twice, adding that the first meeting was an orientation meeting, which lasted about an hour.

In the letter Rumore also attached the reopening document, which has handwritten notes in the margins pointing out issues he has with the document. As he puts it, "They don't have any answers in that and it's due in two weeks."

Rumore says it's a sampling of initial critical concerns that have been raised by teachers as of July 17, saying "They need to be acted on by providing answers and procedures to address them."

He also adds that the document lists things that need to be done, but does not specify how the school district is supposed to put these guidelines into effect.

Rumore says the Buffalo Teachers Federation can collaborate with the Buffalo Public School District to develop these procedures and to address the concerns raised by teachers, parents, staff and students.

"We're willing to work with the district to do it," he said. "We need to. But it doesn't seem like there's any interest in having people work together. Looks like they're just gonna make their decisions downtown."

Rumore also emphasized that the teachers union should have the right to actually vote on the plan. He says if they don't agree with safety provisions or feel there is a violation of the collective bargaining agreement the Buffalo Teachers Federation could file a grievance or seek legal action citing irreparable harm.

"Under the grievance under the law we could then go to court and get an injunction against the district," Rumore said. "We hope it doesn't come to that."

When we pointed out that may not sit well with parents and taxpayers Rumore replied, "What we're most concerned about is their lives. Teachers want to be back with the kids. But if we really see that what they're doing is hurting their education we'll be grieving both parts."

2 On Your Side spoke with the District's Chief of Staff Dr. Darren Brown-Hall who told us, "I think it's premature the criticism that Phil Rumore has about this plan because it is in no way or shape finished or a final product."

Brown-Hall says he's been working closely on the plan with Superintendent Kriner Cash who has been relatively quiet lately about the COVID-19 impact on Buffalo Schools. And the district's chief of staff points out there will be additional meetings and presentations with teacher representatives and other parties in the coming days.

They can also flesh out the plan especially after Governor Andrew Cuomo makes his announcement on whether schools across the state can reopen sometime during the week of August 1 through August 7. Brown-Hall says their plan is really a work in progress because of uncertainties with the pandemic.

"From that point we will take what the governor says and then we will be able to allow another layer of specificity to our plan," Brown-Hall said. "They fully expect us to refine and revise our plan based on additional guidance from the state or the Department of Health."

Brown-Hall says he will reach out to Rumore to discuss his concerns and the district is open to suggestions from the union.

You can read the Buffalo Teachers Federation full letter below:

RELATED: Guidance for masks in schools varies widely across US states

RELATED: Survey Says: Districts seek input from beyond school walls on how to best re-open