Buffalo City Hall and other city landmarks were lit up in the color orange Friday night in honor of the college's big anniversary. 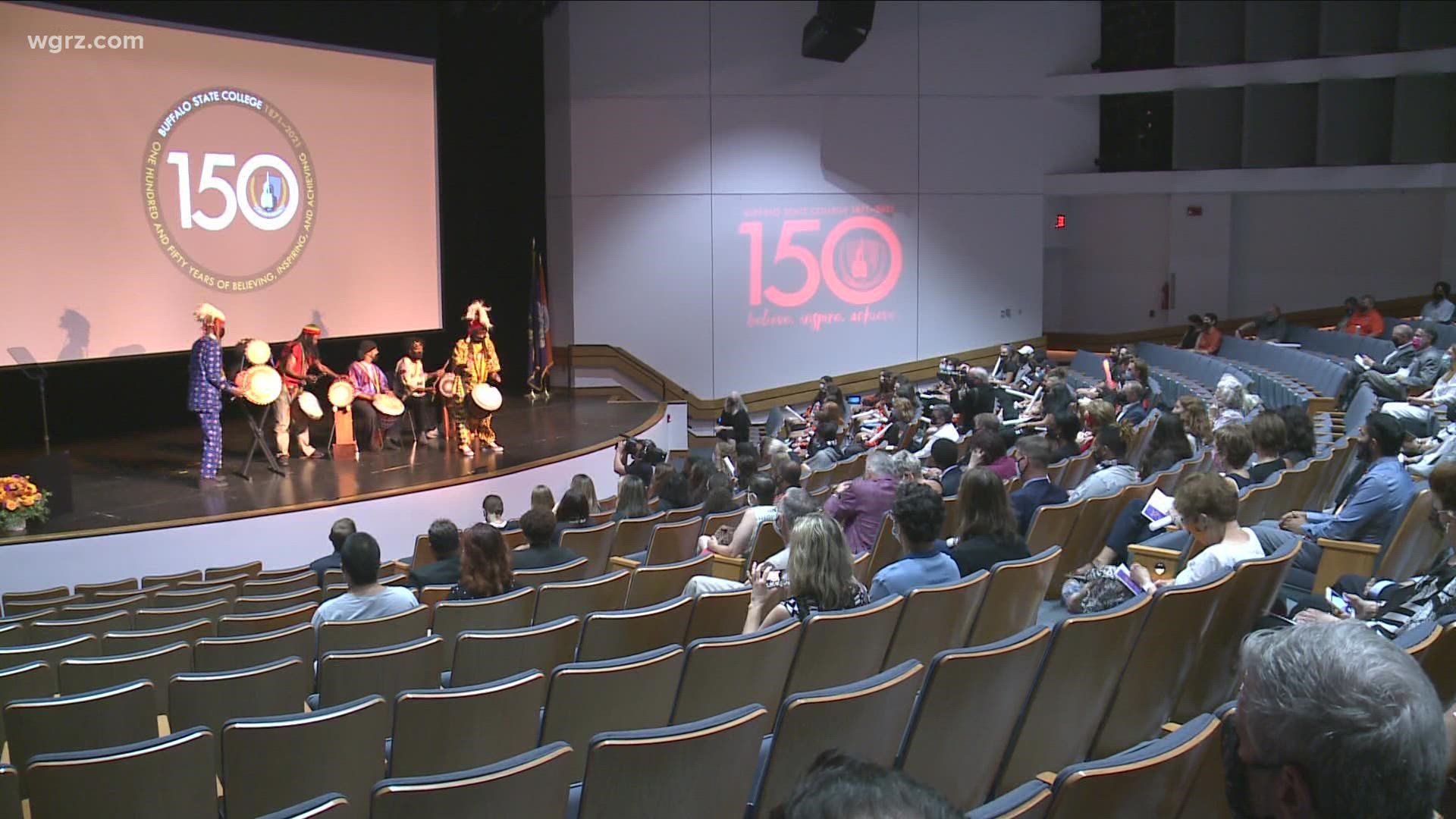 It was Buffalo State College Day on campus, featuring performances, proclamations, and events at Rockwell Hall.

Buffalo City Hall and other city landmarks were also lit up in the color orange Friday night in honor of the college's big anniversary.

2 On Your Side's Claudine Ewing, a Buffalo State alumnus herself, served as emcee for the events on Friday evening.

"We were once a small and scrappy college that singularly focused on the very important goal of developing teachers to go out into the world and shepherd our youth to new heights," Buffalo State President Katherine Conway-Turner said.

"But our dream grew, and now we stand as a campus with a significant range of programs. We touch the city of Buffalo, Western New York, New York state, the entire country, and even the world."