Buffalo School Board members open up on profanity issue

Board members say numerous calls and messages have been received over alleged profanity involving board member. 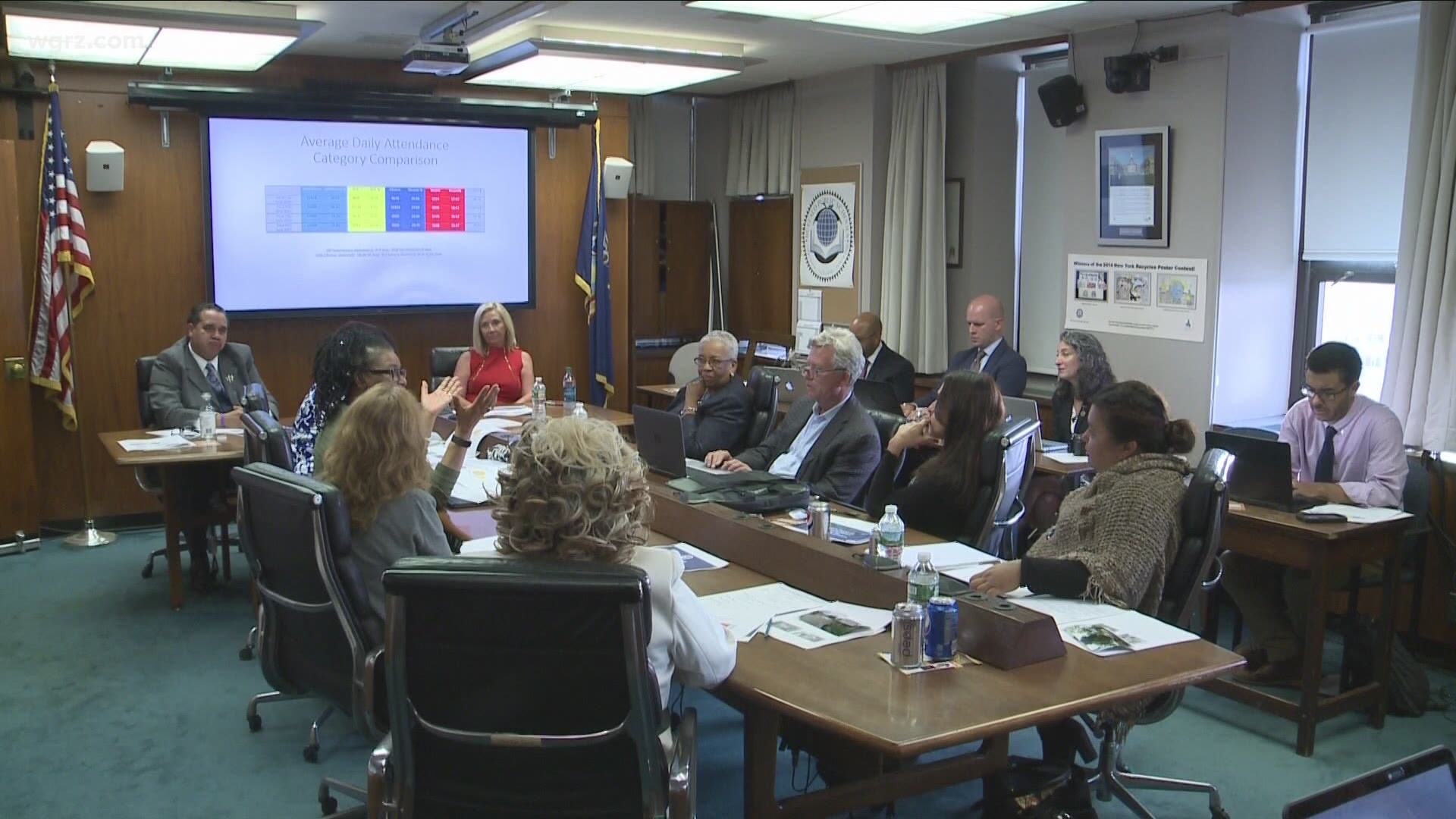 BUFFALO, N.Y. — The controversy over the alleged behavior of a Buffalo School Board member during a Zoom meeting last week continues even as the board met again in a special session Tuesday night.

Other school board members are now speaking out on the use of profanity and an obscene gesture during the meeting.

A board of education meeting took a surprising turn last Wednesday after School Board Member Larry Scott noticed something another board member was allegedly doing as one of her colleagues was speaking.

We have to blur it as per the FCC. But Scott can describe it as he does during this excerpt from the meeting on November 18. Scott told Board President Sharon Belton-Cottman, "There was a board member that was just swearing and giving the middle finger to everybody on the screen."

Scott says he was referring to Board Member Paulette Woods who did not return our call on Tuesday. But she did tell us Monday that statements about her alleged behavior were unfounded and she was just reaching for a class of juice at the time. She also said Scott's comments about her are slanderous and she may consider legal action.

Scott said this in response, "To claim that it is slanderous, to claim she is going to take legal action on me is just completely absurd. Not much else I can say to that. The behavior that occurred is very clear."

Whatever happened people saw it and board members are hearing about it according to Board Member Hope Jay.

"It's out there," Jay said. "It's everywhere and I've been getting texts and phone calls all day."

That is especially the case for another Board Member Jennifer Mecozzi who feels she was the target of the tirade as she puts it.

"In our code of conduct for our students this is a level one offense," Mecozzi said. "So what would it consist of for a board member and where do we go from here? So I'm really looking for leadership on our board."

Mecozzi says she personally doesn't care about any comment regarding her and hopes instead for a focus on the district and perhaps the chance for some fence mending among board members. But as for the community at large she says, "With the community feeling the way they feel and everyone of us here due to the votes of the community that this is a reflection of the entire board and we need that to be public and we need apologies or statements."

Obviously while some board members are really disturbed but what they saw - there may be relatively little the board can do about this incident.

Board President Sharon Belton-Cottman said she cannot comment until the board discusses this issue fully. We were told by another board member that there has been an exchange of emails over this.

But even in the board's bylaw, censure or reprimand of a member by the Board is not allowed and only a carefully worded statement can be issued. However Jay, who is an attorney, says Belton-Cottman could remove Woods as Chair of the Finance and Operations committee.

And there's public pressure according to Jay, "I think that with the community support that may influence the board president to maybe take some action that she might otherwise not be willing to take."

Outright removal would be up to the State Education Commissioner and that may be the reason why the State Education Department would not comment. But that type of drastic action would require actual malfeasance or other alleged violations such as the case against Carl Paladino who was removed in 2017 after he was accused of leaking confidential information on labor negotiations from an executive session.

Otherwise Jay says there's overall embarrassment for the board and the public it serves. "I'm more embarrassed for the parents and students, the families, and the constituents who voted to elect a board member who would think it would be appropriate to behave that way." 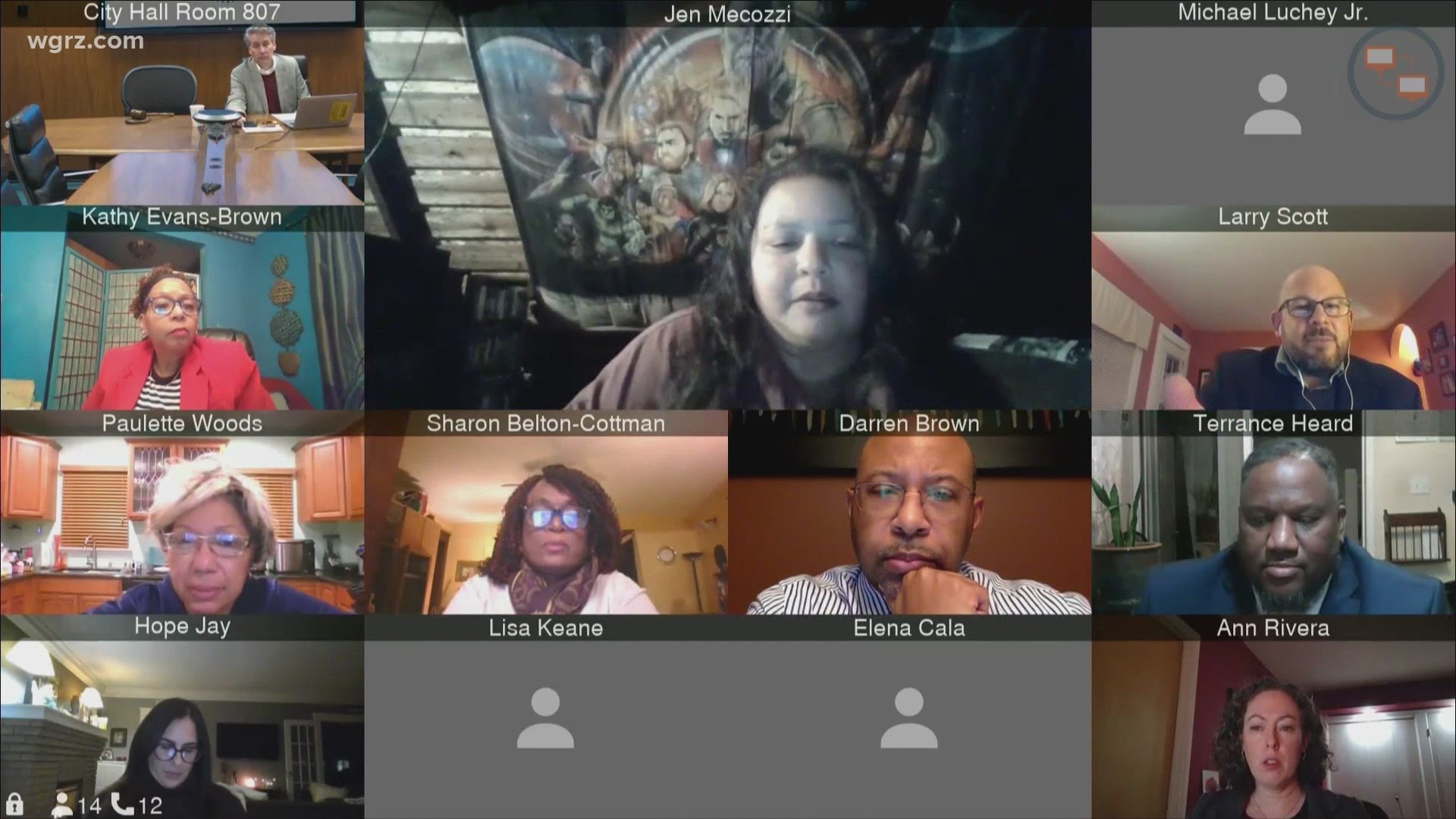