Buffalo Board of Education attempts to solve citywide bus shortage

Superintendent Dr. Kriner Cash said that in a normal year, the district would have 667 drivers, but right now they are operating with around 515. 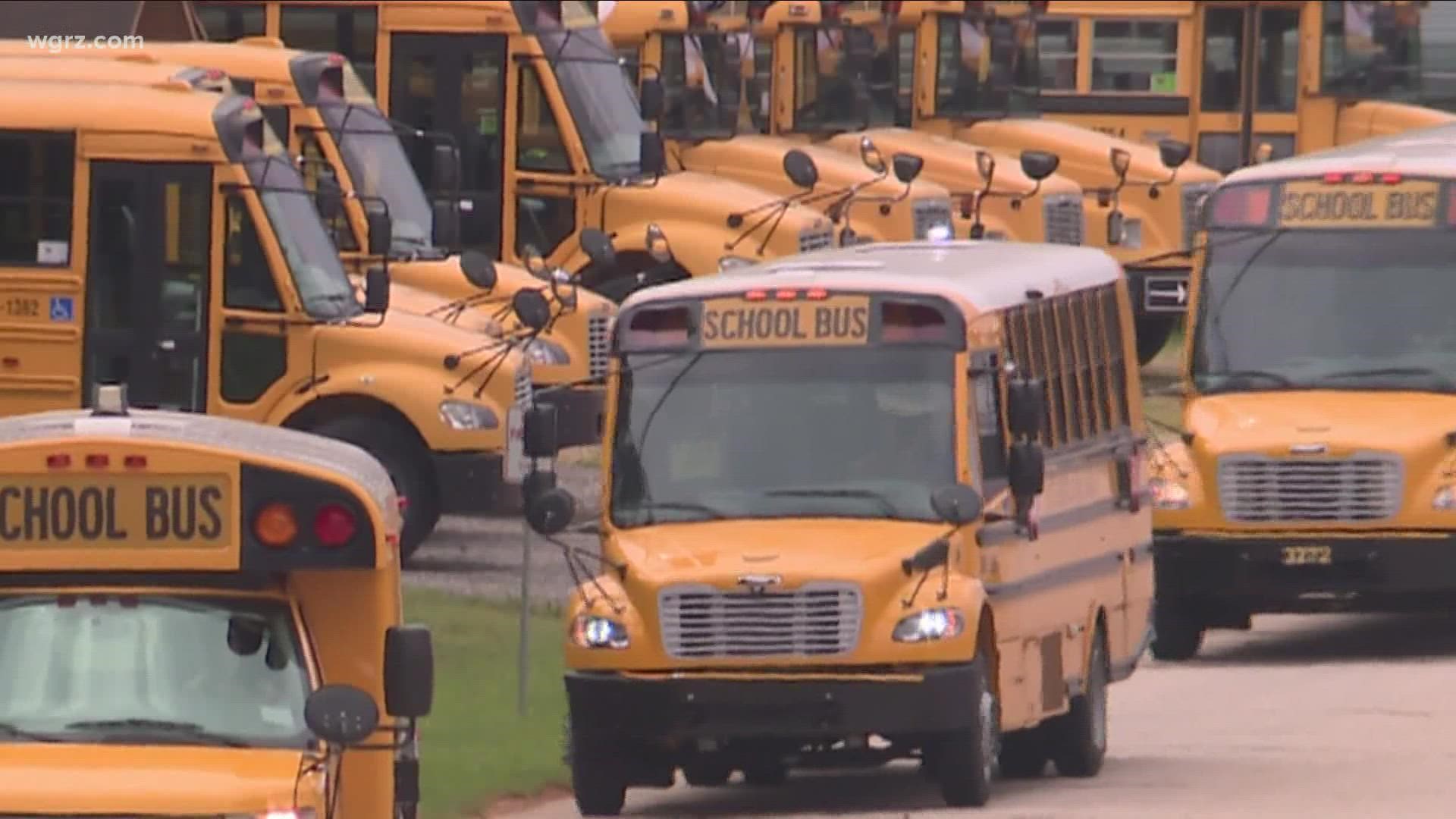 BUFFALO, N.Y. — The Buffalo Board of Education held a meeting on Wednesday at Waterfront School and covered a number of issues.

One of those concerns is the bus driver shortage, which is affecting Buffalo city schools and other districts in Western New York.

Superintendent Dr. Kriner Cash said that in a normal year, the district would have 667 drivers, but right now they are operating with around 515.

"There's, I think, 210 applicants to be a bus driver in Buffalo public. I believe we've interviewed up to 25 or more to date. It takes time to do this civil service thing," Dr. Cash said.

Dr. Cash says if 30 to 40 percent of those applicants make it through the hiring and licensing process, that should make bussing run much smoother citywide.

Dr. Cash also said other cities have called in the national guard to help drive buses. but that discussion has not been discussed by the district in depth.