Buffalo Public Schools hit by ransomware attack; may cause days of school to be canceled

School officials say no demands have been made. However, they say the FBI believes the ransom may be between $100K to $300K and could be negotiable. 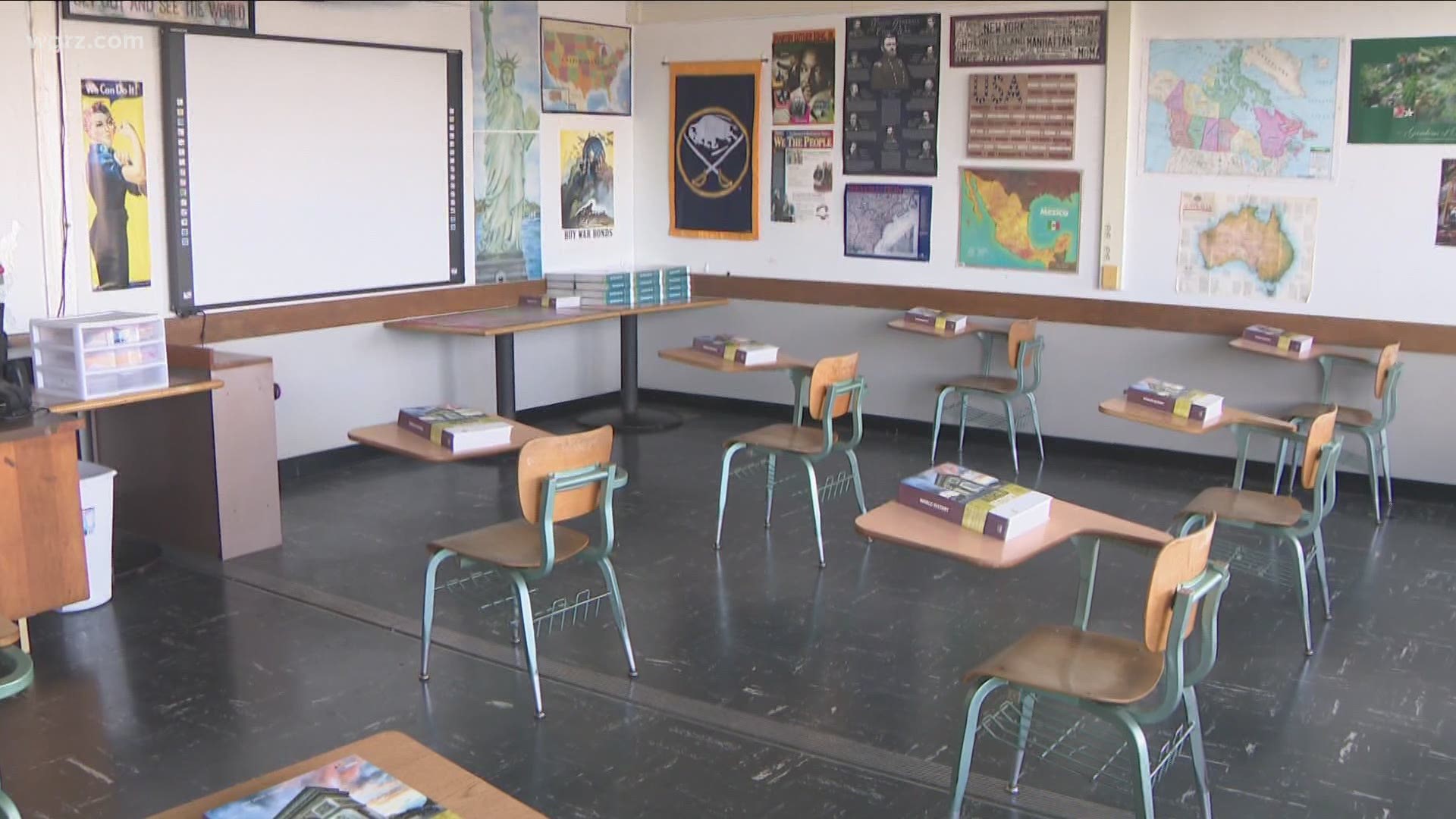 All remote classes were canceled Friday because of it. Superintendent Dr. Kriner Cash says more days might be canceled if the problem isn't resolved this weekend.

"If we can't solve this during the weekend, then I will have to call school off for Monday, and for the near future if need be, if need be. We're anticipating and hoping that we don't have to do that, but I will be making that call sometime this weekend," said Cash.

The FBI is assisting the district. The district is also getting help from cybersecurity consultants from as far as Atlanta and from major corporations such as M&T Bank, Cash said.

School officials say no demands have been made. However, they say the FBI believes the ransom may be between $100,000 to $300,000 and could be negotiable.

"We are in the midst of an investigation to determine what has occurred, what is the scope of the problem, how much time will it take to fix it, and what is required to fix it," said Cash.

Cash warned in the press conference that the situation may cause school cancellations and closures until the problem is resolved, if not resolved this weekend.

The district's technical team is looking into the impact of the cyberattack and coordinating recovery efforts.

The district says they have disconnected systems from the internet, and they are trying to contain the attack and assess the situation.

"This could have a significant impact on our operations going forward into next week. We are hoping that we can solve this issue this weekend. We will be bringing the consultant on-site and getting to work right away, but it may take time, and we just don't know until we know exactly the depth and the breadth of the problem," added Cash.

The district put out a statement early Friday morning saying there was an "unanticipated interruption" in the network systems.

Cash has approved an emergency contract with Grey Castle for cybersecurity investigation.

Cash added that the cost to remediate the problem is appropriate and that he signed a $40,000 emergency contract with Grey Castle. He added the scope of their work is "fairly extensive."

Phase 2 of reopening was expected to begin soon.