The highly anticipated solar eclipse has come and gone in WNY. 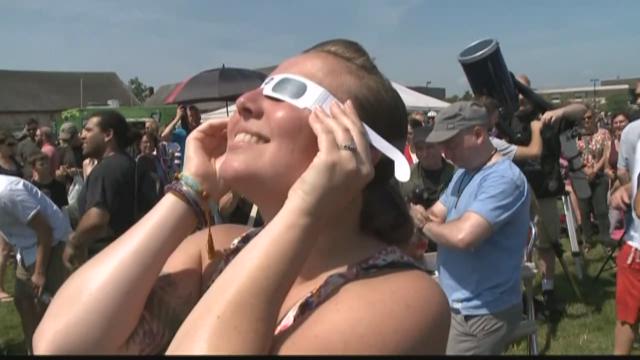 BUFFALO, NY -- The highly anticipated solar eclipse has come and gone in WNY.

Viewing parties were held at several locations, including: the Buffalo Science Museum, SUNY Fredonia, Niagara Falls School District office, City of Tonawanda Library and the Whitworth Ferguson Planetarium at Buffalo State. Some waiting in line for a few hours hoping to snag some eclipse glasses.

It seems like this #Eclipse thing is really catching on. @buffaloscience @WGRZ pic.twitter.com/TTxDWNhudj

Glasses are being handed out! These lucky folks got theirs first. @WGRZ pic.twitter.com/LW6uzRzdYK