The Erie County Board of Elections projects early voting in New York will result in a cost of $3.2 million. 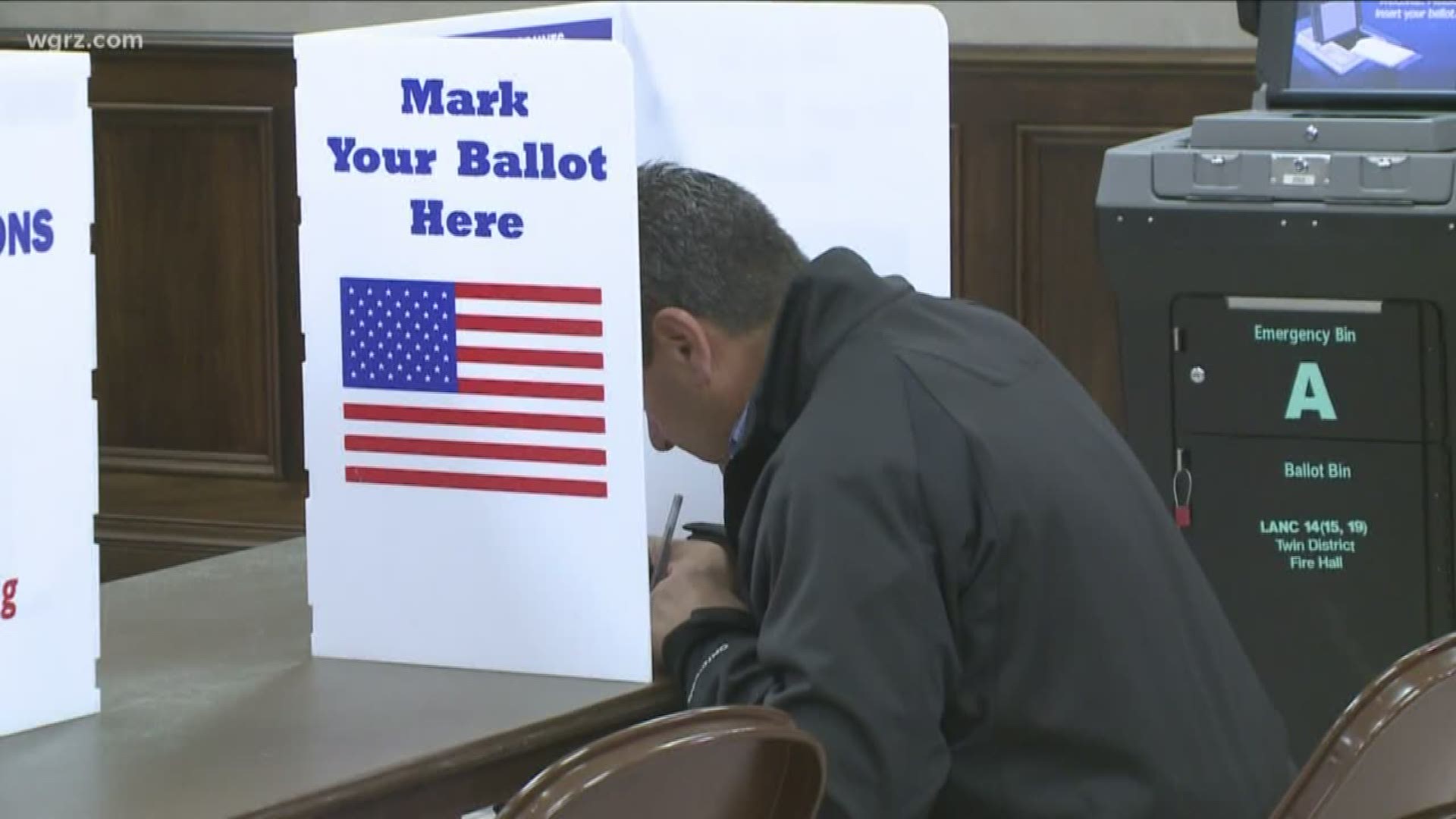 BUFFALO, N.Y. — Earlier this year, when Albany approved early voting in New York State with bipartisan support, the hope was that this would increase turnout.

But as we're learning now from the Erie County Board of Elections there are some high costs that come with early voting.

At this point, the Board of Elections predicts that it will spend more than $3 million to offer early voting.

But the the Board of Elections does expect some of that money to be reimbursed by the state, but it's unclear exactly how much at this time.

Early voting means that polling places need to be open 10 days before any future primary, general election, or special election.

The Erie County Board of Elections says it will have to buy new equipment, spending more to staff the polls and on additional postage.

Among the additional cost, Erie County will have to buy 30 more ballot tabulators.

"Because once between the Sunday cutoff and the Tuesday election there's no way to secure those ballots, reprogram those machines," Erie County BOE commissioner Ralph Mohr said.

During early voting, not every polling station will be open.

The Board of Elections says that one polling place will be open for each city, town or village in the county.

But in Buffalo, there will be one location in each legislative district.

The Board of Elections is looking into buying technology that would allow people to vote at any polling station in the county, that technology also prevents people from voting more than once.

Polls in early voting will be open weekdays from noon until 9 p.m., and on weekends noon until 6 p.m.

Report: Lawsuit over religious exemption for vaccinations moves on