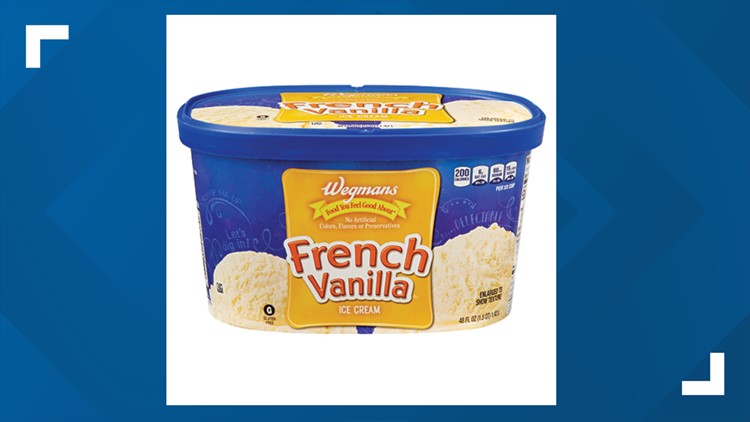 BUFFALO, N.Y. — Wegmans is facing a class-action lawsuit over its vanilla ice cream.

Quincy Steele of Pennsylvania and Jimmy Arriola of the Bronx filed the lawsuit on behalf of several customers accusing Wegmans of misleading its customers, saying that it uses non-vanilla "natural flavor" to achieve the vanilla effect instead of vanilla flavoring or extract.

"The front label statements of 'vanilla ice cream' are understood by consumers to identify a product where the characterizing flavor is vanilla and supplied to the Products only from the vanilla plant," reads the complaint. "The Products’ vanilla ice cream is not flavored only by vanilla but contains flavors derived from non-vanilla sources, which is misleading to consumers."

To prove their point, the plaintiffs used photos of Wegmans' ice cream packaging and ingredient lists side-by-side with its competitors, including Perry's Ice Cream. They claim the competitors use vanilla extract to flavor their ice cream while Wegmans uses "natural flavor," with no mention of vanilla.

The pair of customers are accusing Wegmans of violating federal regulations and New York State consumer protection laws, and are requesting monetary damages.

"We take great pride in the quality of all of our Wegmans Brand products,"a Wegmans spokesperson said in a statement to '2 on your side.' "We believe that the labeling of our ice cream fully complies with all regulations and industry standards, and is not misleading in any way."

RELATED: You could face up to 20 years in prison for licking ice cream at the store and putting it back