A spokesperson for the Buffalo Police Department says the child is currently listed in critical condition at Oishei Children's Hospital. 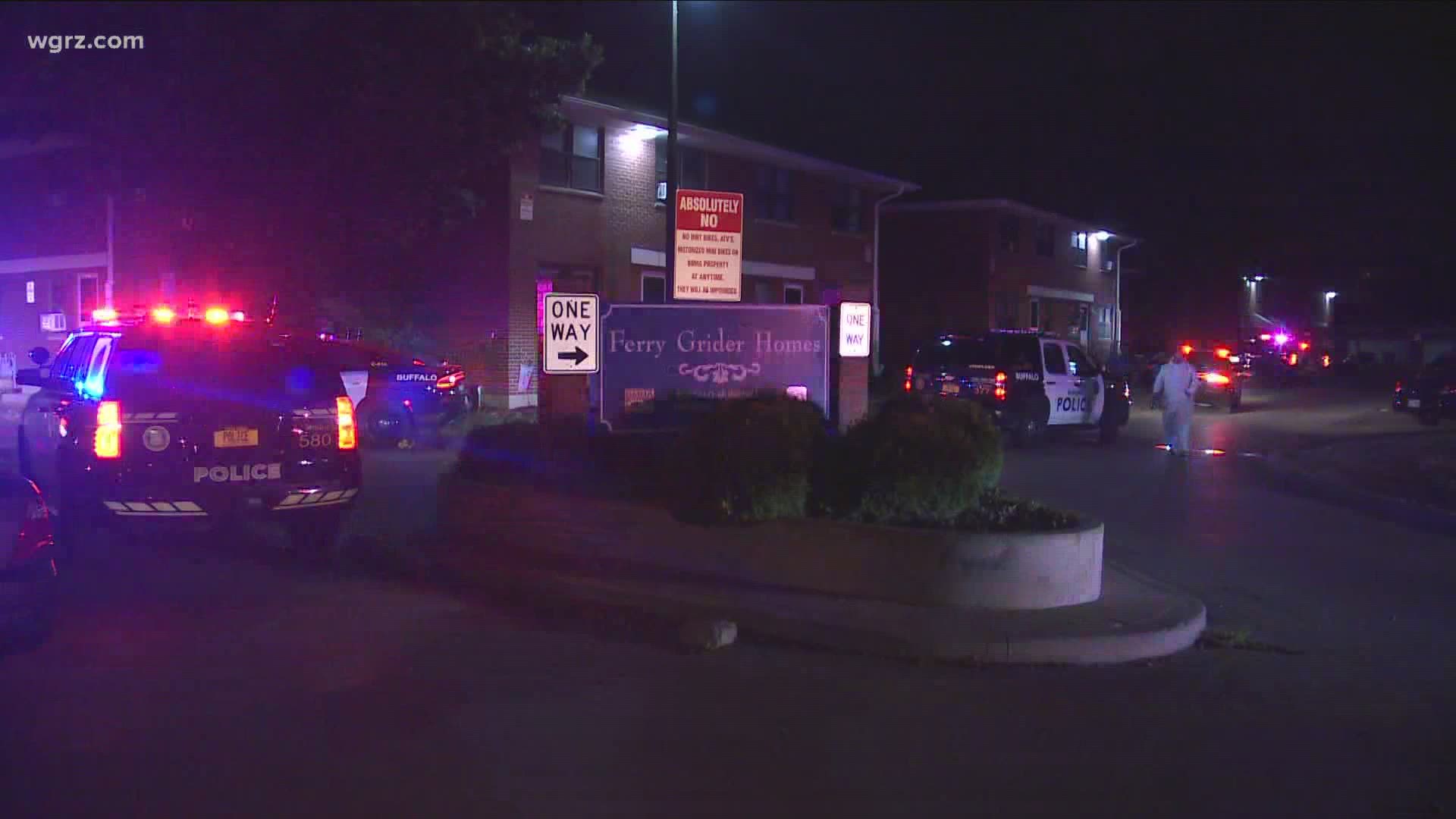 BUFFALO, N.Y. — A three-year-old boy is in critical condition, and three others were hurt in a shooting in Buffalo Monday night.

According to a relative who spoke with 2 On Your Side, the boy is Shaquille Walker Jr. The relative says he and his family had gathered outside at the BMHA Ferry Grider apartments where a group of adults had put on a fireworks display for the residents.

The family had just lit up a grill and people were cooking food, and the boy was riding his bike. That's when the relative says two men approached and opened fire on the group.

One of the three other people who was shot, according to the relative, was trying to hide the boy behind a garbage can.

The relative says the boy was hit in the head and was undergoing brain surgery at Children’s Hospital on Tuesday morning.

A 27-year old man and a 28-year-old man are in stable condition at ECMC. They also say a 28-year-old man was driven by a civilian car to ECMC later on after being grazed by a bullet in the foot. He was treated and released.

Police Captain Jeff Rinaldo described one suspect as a Black male who was wearing pink pants at the time of the shooting at around 11 p.m. Monday.

Police are not sure if it was one suspect or multiple suspects, but are asking anyone with information about the shooting to call or text the department's confidential tip line at (716) 847-2255.

Rinaldo said the gun violence spree has reached epidemic proportions in the city.

"We've had 21 shootings since Friday...this level of violence cannot continue. It is absolutely disgusting," he said.

He also expressed again his frustration with New York State's bail reform which prevents judges from setting bail on individuals in some cases where they are charged with illegally possessing guns.

"We need to modify what was originally passed because while no bail is understandable in some situations it's not understandable with people carrying deadly weapons," Rinaldo said. "It's affecting our ability to do our jobs. If I arrest you today with an illegal handgun, tomorrow you are walking out the door, or today, no consequences."

According to Rinaldo, gun arrests are up 50% over last year but the gun violence is increasing. Part of that he says is the criminal justice system's "revolving" door for those caught.

"The ability for someone to get caught with an illegal handgun to be released with no bail or consequences is not helping lower violence in the city of Buffalo," he said.