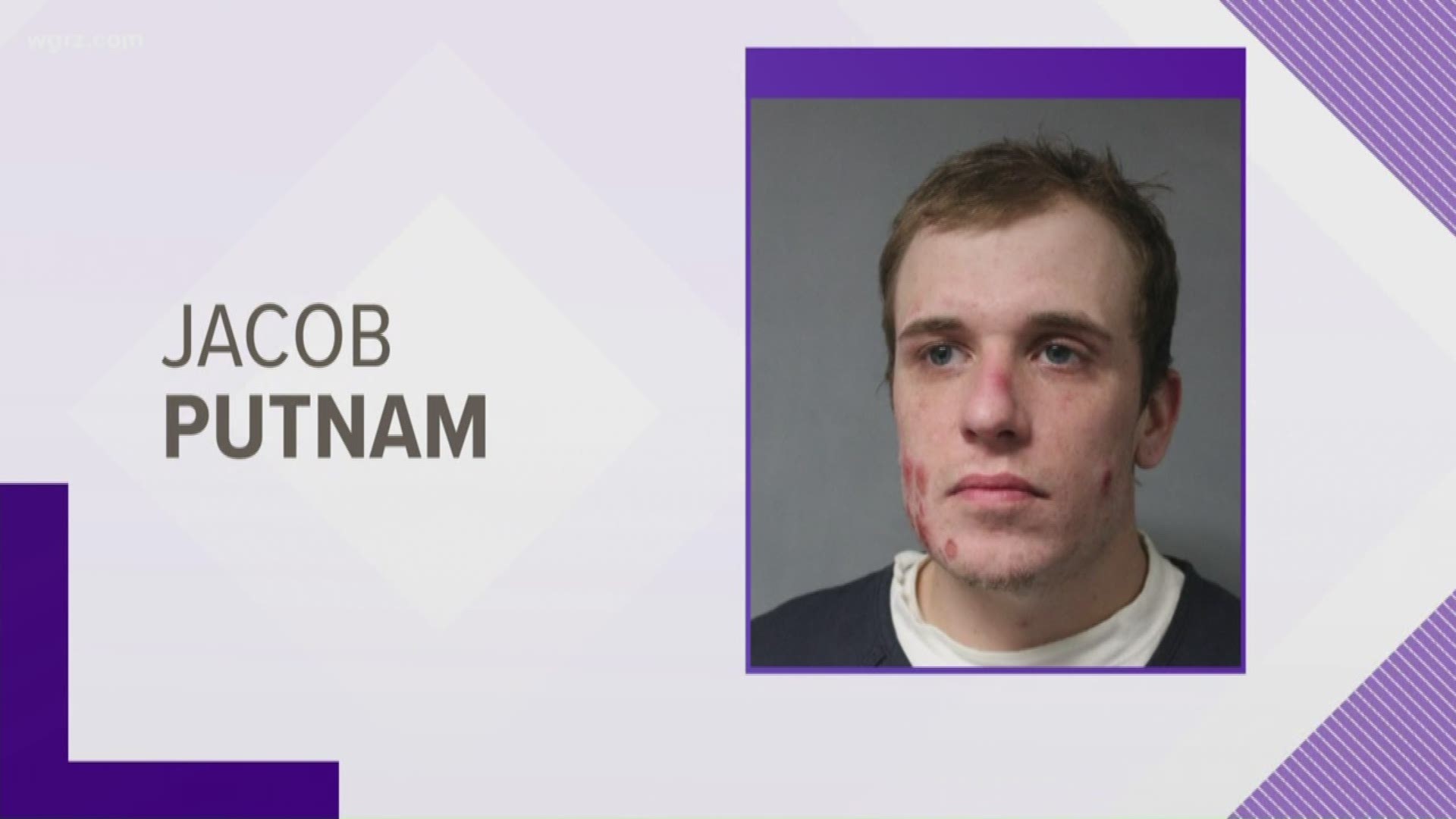 WARSAW, N.Y. — A Wyoming County man is facing several charges in connection with a suspected overdose death in the Town of Arcade.

First responders were called to 6070 Michigan Road for a report of an overdose January 11.

When they arrived, deputies found a 23-year-old woman deceased in the home.

Following their investigation, officials say Putnam refused to call 911 for medical help for the woman.  A third party called 911 after arriving on-scene to help Putnam.

When deputies arrived, they say Putnam fled the scene on foot and was eventually taken into custody. Deputies say he had drugs and drug paraphernalia, as well as in imitation handgun, in his possession.

He also had two warrants out for his arrest. Putnam was arraigned court and remanded to the Wyoming County Jail without bail due to past felony convictions.