Dr. Finver has worked with local organizations that battle drug addictions in WNY. 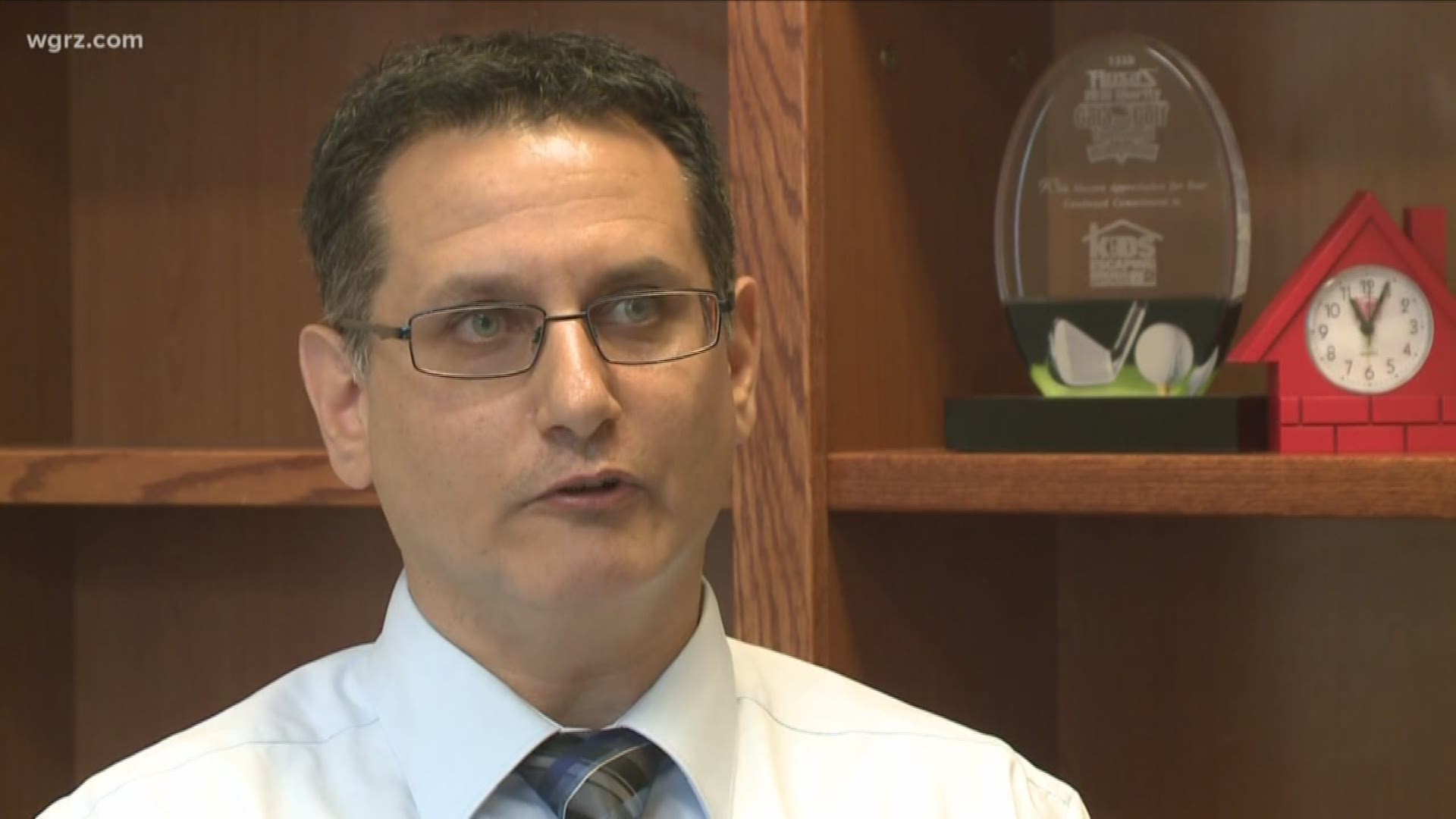 A Western New York doctor who worked to battle drug addiction is now charged with illegally importing heroin and cocaine.

U.S. Attorney James P. Kennedy, Junior announced on Tuesday the arrest of Dr. Torin Finver, 54, of Hamburg. Finver is now facing an importation of a controlled substance charge. He could face up to 20 years in prison and a $1,000,000 fine.

Finver has served in several roles across the medical community in Western New York including:

-Clinical Assistant Professor of Family Medicine at the University at Buffalo

-Medical Director of the Renaissance Campus for Kids Escaping Drugs

According to the U.S. Attorney's Office, on November 21, U.S. Customs and Border Protection Officers intercepted a package that was addressed to the doctor's Hamburg home. A customs K-9 alerted officers to the package from Germany that contained three grams of a white powdery substance that tested positive for cocaine.

On December 10, a K-9 alerted postal inspectors to another package addressed to Finver. Two days later on December 12, a search warrant was executed on the package and investigators found three small envelopes with a "brown rock-like substance" that tested positive for heroin.

The U.S. Attorney's Office states that on December 12 and December 15, two more packages addressed to the doctor were inspected. One of the parcels was in Rochester, the other in Hamburg. A search warrant was executed on one of the parcels, which contained suspected cocaine. The other package remains in law enforcement's custody.

On December 17, government officials made a controlled delivery to Finver's home in Hamburg. They replaced the cocaine in the first package with sham. An officer knocked on the door and dropped off the package. Finver then took it inside his home. Officers then executed a federal search warrant of the home and took Finver into custody.

Finver appeared before U.S. Magistrate Judge Michael J. Roemer and was released on conditions, but the U.S. Attorney's Office did not release details of the condition.

The university is aware of Dr. Finver’s arrest and is gathering more information.

The Kids Escaping Drugs Renaissance Campus has been providing residential alcohol and substance abuse treatment to the adolescent and young adult population since 1990. Our first priority has always been and will continue to be the safety and well-being of our patients.

At no time did we have any knowledge of Dr. Finver’s actions nor were our patients and/or staff at any risk.

It is our belief that substance abuse is a chronic disease and it is our mission to empower young people and their families to combat the disease of addiction.

The leadership team at Horizon Corporations was informed this afternoon of Dr. Torin Finver’s arrest.

We are disappointed by the news. Dr. Finver is no longer delivering services to our patients.

At all times, our patients remain the top priority. We are monitoring this situation, and working to ensure that our patients are well cared for.

This statement speaks for itself.

Disclaimer: As mentioned in this story, Dr. Finver is the Medical Director at Kids Escaping Drugs. We want you to know that 2 On Your Side has been a longtime supporter of the nonprofit organization. We have helped raise money for the charity and held many telethons on our air.

In addition, 2 On Your Side's Maryalice Demler is on Kids Escaping Drugs' Board of Directors. She was not involved in the reporting or production of the story concerning Dr. Finver.