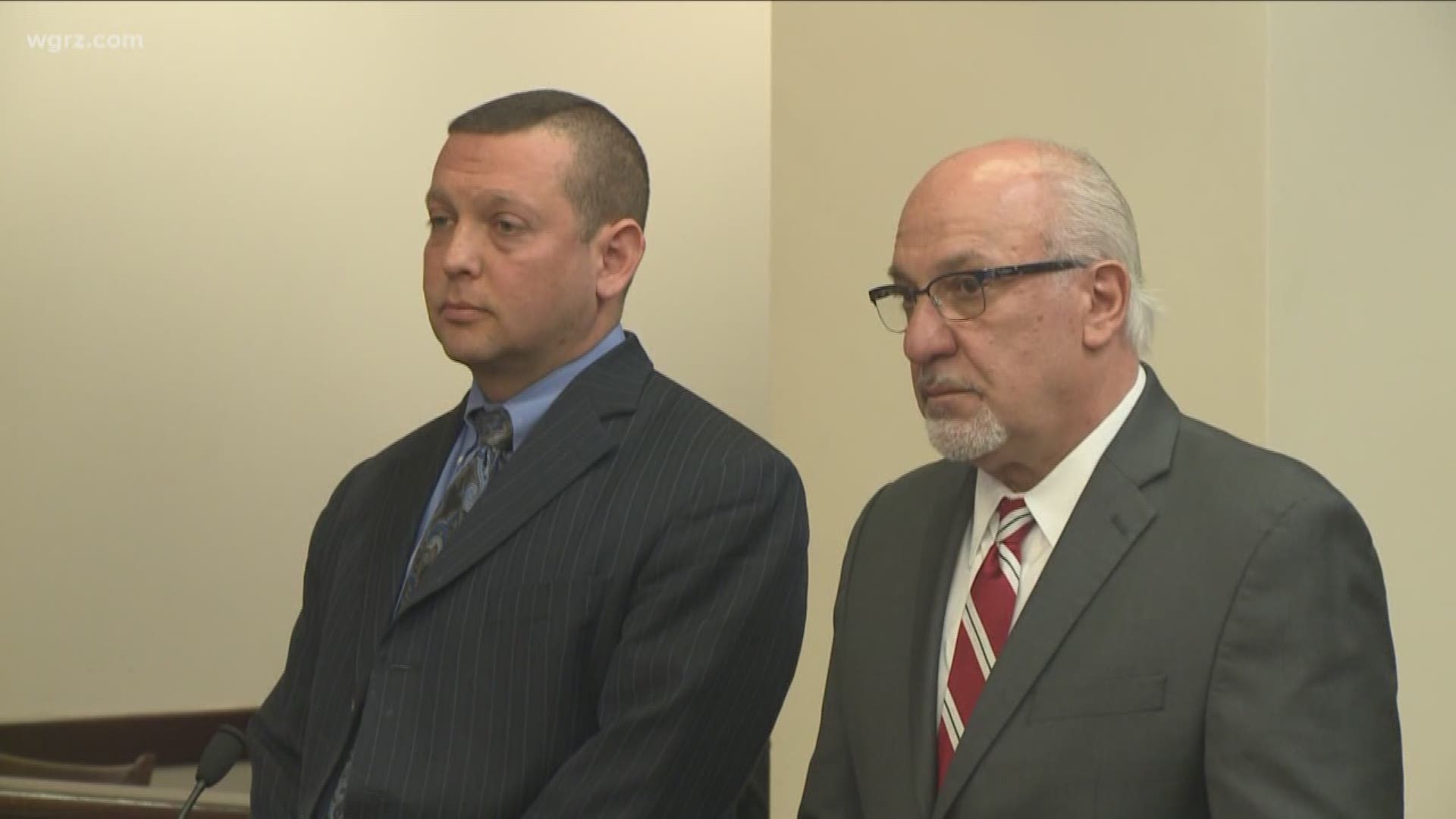 BUFFALO, N.Y. -- A local attorney who has been at the center of several high-profile cases pleaded not guilty Monday morning to witness tampering in the domestic assault case he's facing.

Matt Albert was brought in to State Supreme Court on the new charges in connection to his alleged attack on his ex-girlfriend last summer.

Prosecutors say Albert tried to get her to lie about the incident in an affidavit - a felony crime - as opposed to the misdemeanors he was originally charged with.

Albert was previously charged in June 2017 with several misdemeanors after Buffalo Police said he choked his then-girlfriend, hit her, and caused her to fall down stairs.

At the time, Albert released a statement, saying, "I wish an actual investigation had been conducted with police... had they looked through my phone as I had asked, they would have seen that these allegations are categorically false. In time, evidence will exonerate me."

Covert said a conviction on any of the counts could mean Albert would lose his ability to practice law.

"If a lawyer is convicted of a felony, you lose your license," Covert explained. "If it's a misdemeanor relating to somehow trying to tamper with the court system, then it's very different than say a DWI misdemeanor, which happens with attorneys unfortunately."

Albert was also charged with violating an order of protection, and is due back in court at the end of the month.