Michael Meyers appeared in court Friday morning where he was arraigned on charges connected to an investigation involving forcible sexual contact with two minors. 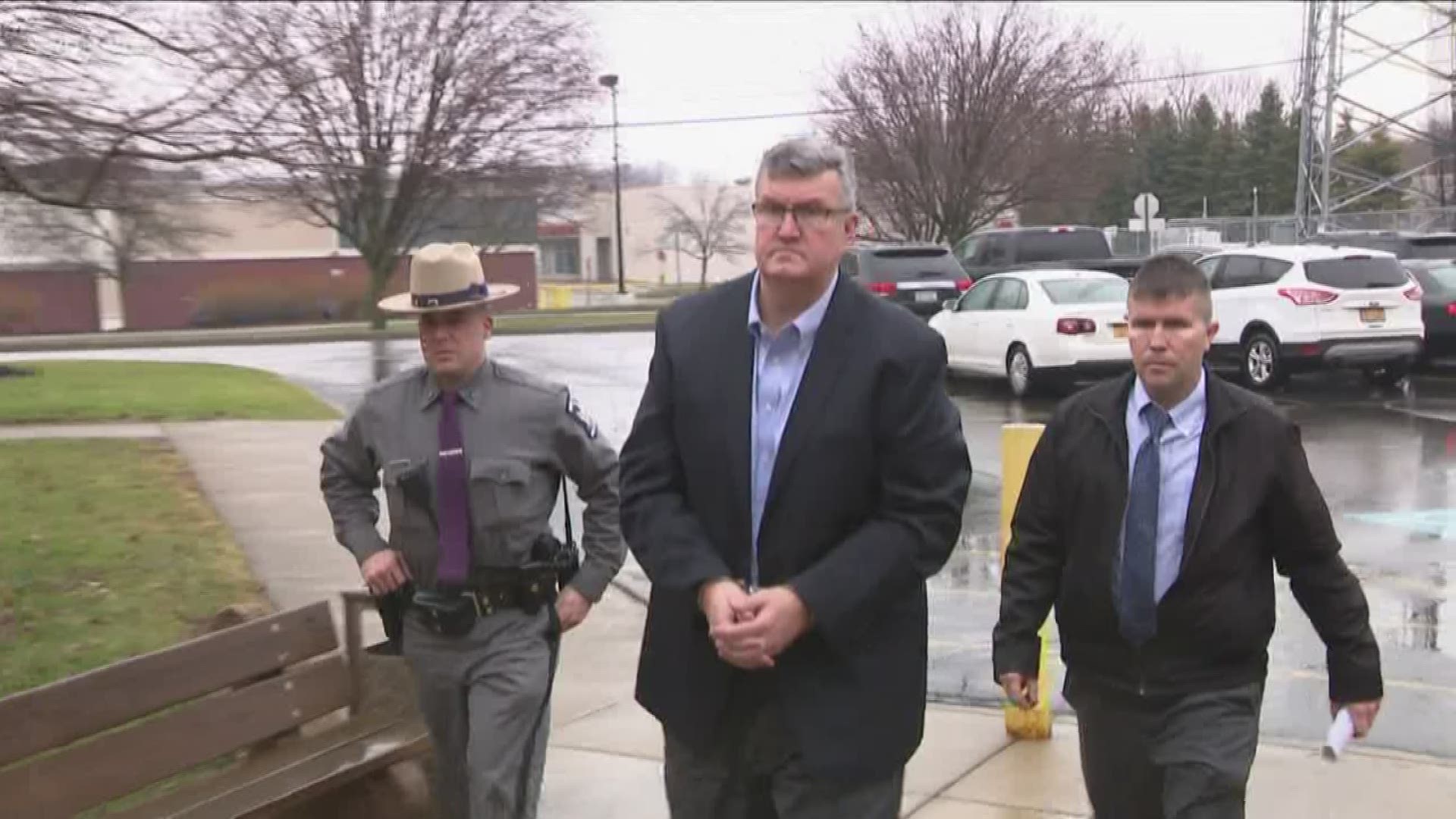 The Erie County District Attorney's Office says Meyers served on the executive board for the Greater Niagara Frontier Council of the Boy Scouts of America when the investigations began. He also previously served as council president.

Prosecutors allege Meyers engaged in sexual conduct with a juvenile victim between December 2015 and August 2019. The victim was 11 years old when the alleged conduct began in the towns of Hamburg and Boston.

They also allege that Meyers had similar actions with a second victim between May 2016 and September 2019. That victim was 13 years old when the incidents started in Boston.

Meyers has been charged with:

The attorney representing Meyers, 57, in court Friday morning said his client has been aware of the investigation for two months and was told to come to the State Police barracks on Friday.

If convicted, Meyers faces up to 14 years in prison.

Meyers' next appearance will be at 6 p.m. on Monday, January 13 in Boston Town Court. He was released on his own recognizance.

Orders of protection for both victims have been issued.

The Boy Scouts of America released the following statement after being contacted by 2 On Your Side.

“The behavior described in these allegations is reprehensible and runs counter to everything for which the Boy Scouts of America stands. Upon learning of these allegations, we took immediate action to preclude him from future participation in our programs.

"Nothing is more important than the safety and protection of children in our Scouting programs – it is our top priority. The BSA has a multi-layered process of safeguards informed by experts, including the following, all of which act as barriers to abuse: a leadership policy that requires at least two youth-protection trained adults be present with youth at all times and bans one-on-one situations where adults would have any interactions alone with children – either in person, online, or via text; a ban on the use of recording devices/cell phones near bathrooms and shower houses; a thorough screening process for adult leaders and staff including criminal background checks, and the prompt mandatory reporting of any allegation or suspicion of abuse.

"We steadfastly believe that one incident of abuse is one too many and we are continually improving all of our policies to prevent abuse. This is precisely why we fully support and advocate for the creation of a national registry overseen by a governmental entity, similar to the national sex offender registry, of those who are suspected of child abuse or inappropriate behavior with a child, thus allowing all youth-serving organizations to share and access such information. We call upon Congress and other youth- serving organizations to support this initiative."

Meyers was released on his own recognizance and is due back in court in January.

2 On Your Side will have more on this story throughout the day.