The Genesee County Sheriff's Office says he used two cell phones to record a girl changing in his camper at Darien Lake. 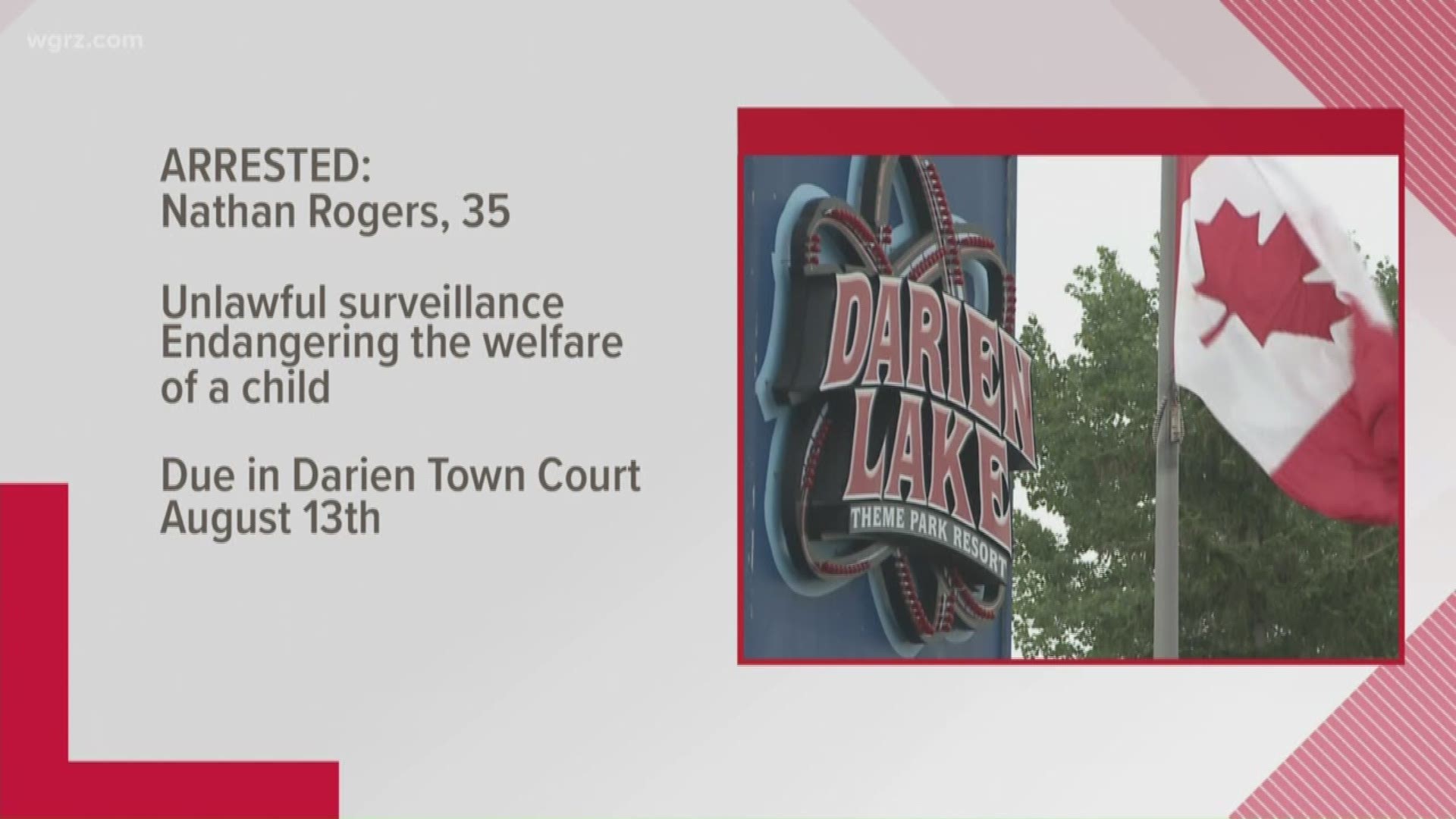 DARIEN CENTER, N.Y. — A West Seneca man was arrested Wednesday after allegedly using two cell phones to record a girl changing in his camper, according to the Genesee County Sheriff's Office.

Nathan L. Rogers, 35, is charged with unlawful surveillance and endangering the welfare of a child.

He will be arraigned in Darien Town Court at 4 p.m. on August 13.