USPS employee accused of not delivering more than 1,300 pieces of mail

Sean Barrett, 30, of Sanborn is charged with delay or destruction of mail. 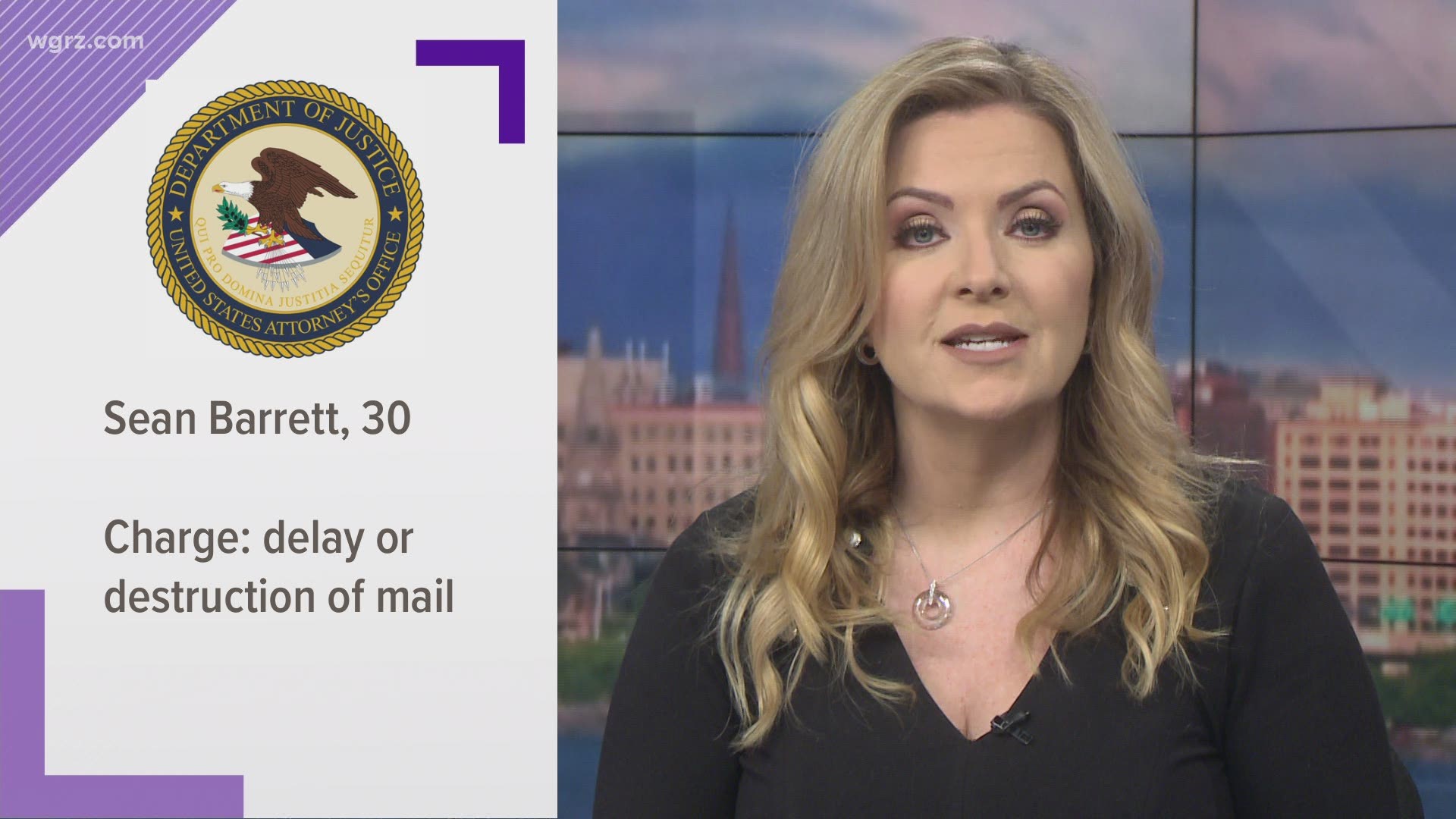 YOUNGSTOWN, N.Y. — A United States Postal employee from Niagara County is accused of failing to deliver more than 1,300 pieces of mail.

Sean Barrett, 30, of Sanborn is charged with delay or destruction of mail. He faces up to five years in prison and a $250,000 fine, if convicted.

Investigators say Lewiston Police notified the USPS Office of Inspector General that USPS mail pieces were discovered by witnesses next to a trail in a wooded area off of Pletcher Road in Youngstown.

Officials say the the mail was destined for addresses on a mail route assigned to Barrett. USPS records state that Barrett's assigned USPS scanner was dormant on October 13, 2020, between 12:20 p.m. and 3:54 p.m. in the area where the mail pieces were located.

A few days later, postal investigators returned to that location where the mail was found and found 14 bundles of WNY Value Papers that had been discarded. Another 14 bundles were found about 30 yards away.

Barrett appeared before a federal court judge on Friday. He was released on conditions. Barrett has worked for the USPS since 2016.

Earlier this month, another USPS employee in the City of Buffalo was also charged with not delivering mail to its intended location.

As part of a vehicle sweep, Wilson opened the trunk of his vehicle for officers. According to the criminal complaint, inside the trunk of Wilson's vehicle was a USPS mail bin containing numerous pieces of mail. The cancellation dates on the mail showed seven dates between September 16 and October 26, 2020.