A Canadian man is facing charges in the U.S. for allegedly smuggling a man over the border. 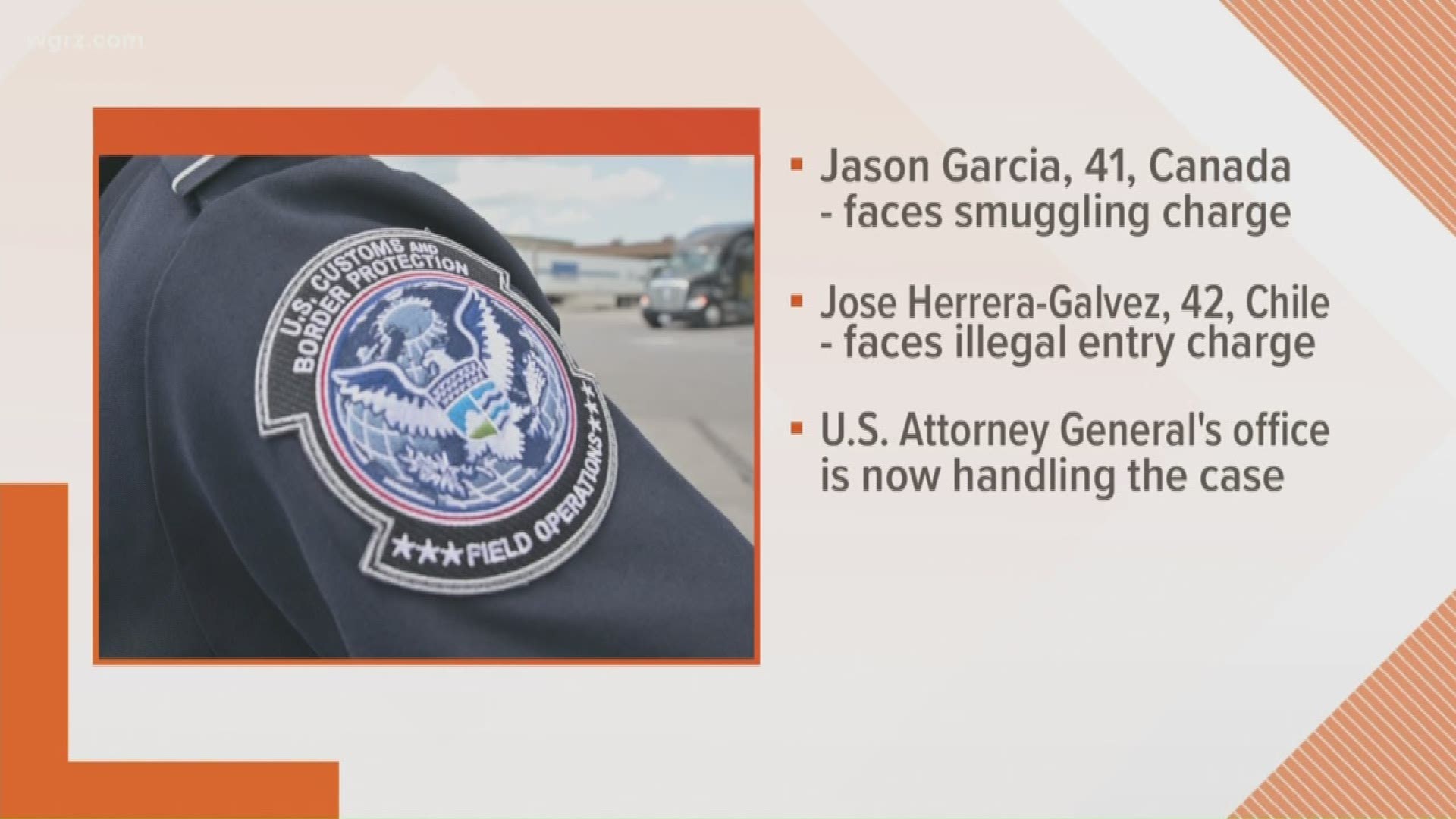 LEWISTON, N.Y. — A Canadian man is facing charges in the U.S. for allegedly smuggling a man over the border.

U.S. Customs and Border Protection says it stopped Jason Garcia, 41, of Canada, who was entering the U.S. in a tractor-trailer at Lewiston via the cargo facility.

During the initial inspection, officers say Garcia told them he was traveling alone and he was directed to an inspection area to get his cargo x-rayed.

Officers say Garcia drove past the turning point for the x-ray area and then witnessed an unknown person exit the passenger side of Garcia's tractor-trailer.

That person was arrested by Custom and Border Patrol officers. He was identified as Jose Alfredo Herrera-Galvez, 42, of Chile.  He did not possess a valid visa authorizing travel to the United States.

Investigators say Garcia was going to profit by transporting Herrera-Galvez across the border.

“Individuals that engage in human smuggling will be processed under U.S. federal statutes,” said Acting Area Port Director Buffalo Sharon Swiatek in a released statement. “Good awareness and communication between our dedicated officers was essential in the successful arrest of a human smuggler and the apprehension of an illegal alien in further securing our border.”