NYSP continue to work to identify skeletal remains found in Lewiston 27 years ago. 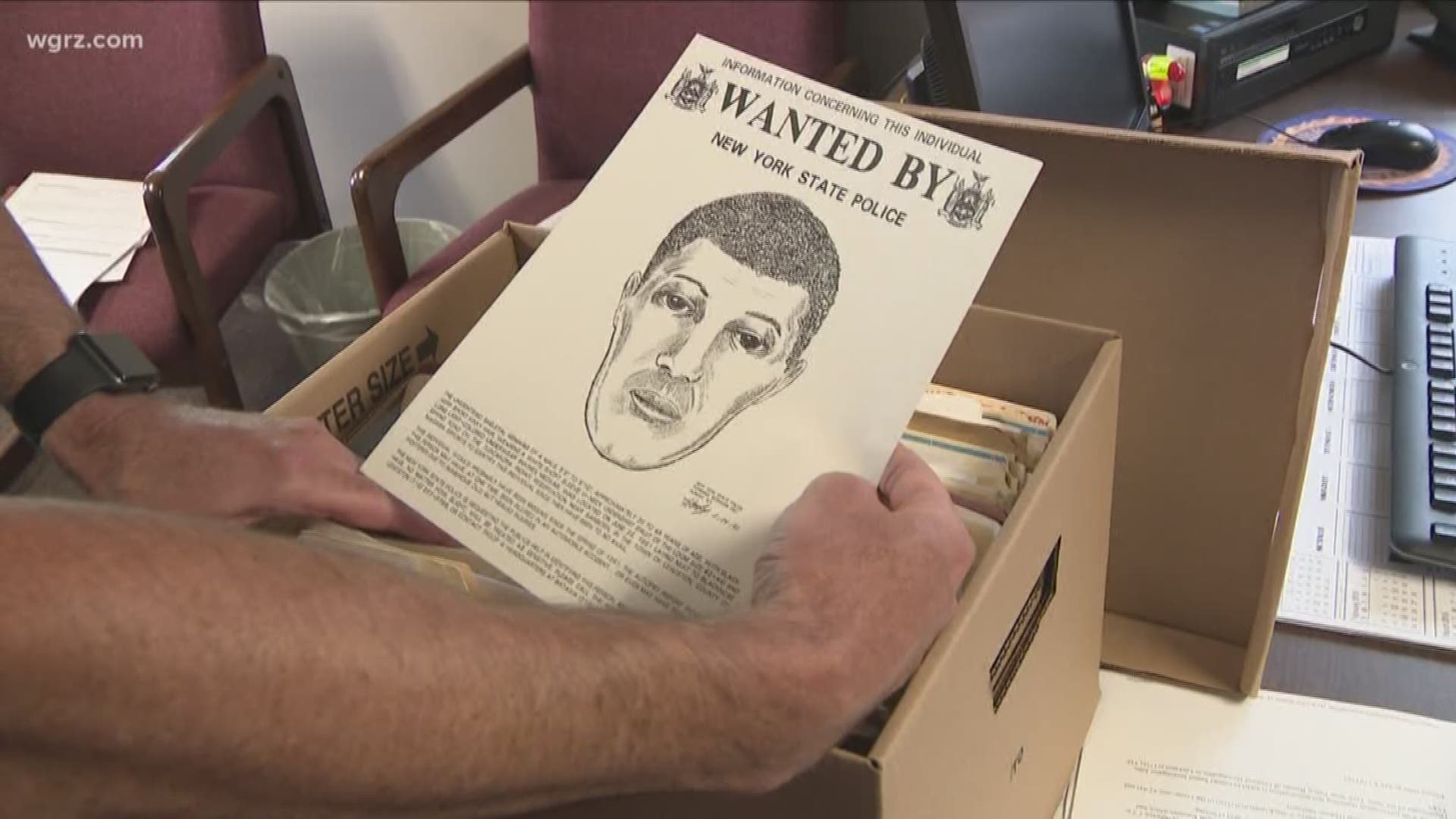 LEWISTON, N.Y. — On June 22, 1991, skeletal remains were found in the woods along Black Nose Spring Road in the town of Lewiston.

"Two teens were kind of walking through this area right here Black Nose Spring Road and they came across what they believed to be skeletal remains," said New York State Police Public Information Officer James O'Callaghan.

O'Callaghan said the remains were found in an 11-foot ditch in the woods about 30 feet from the road. The remains were badly decomposed and could have been there for up to a year.

"Someone just doesn't end up on Black Nose Spring Road, 30 feet off the roadway bound and tied with a gag, without additional assistance," he said.

It's been 27 years since the remains were found and the investigation is still active.

The victim is believed to be an African American man who was between 30 and 45 years old.

He had broken ribs, as well as facial fractures which healed prior to his death. Troopers believe he may have been a boxer.

"We bring a sketch artist in, you gotta do a lot with the skull, the remaining bones to figure out what this person may have looked like," said O'Callaghan.

In July of 2018, troopers thought they had a break in the case. Someone reached out thinking the man could be a missing person from Rochester.

"...Then ultimately getting the missing person from the Rochester area's dental records and kind of comparing it to the dental records we have now," he said.

However, in December of that same year, it was determined that missing Rochester person was not a match.

Trooper O'Callaghan says they are working to use SNP's DNA testing to help locate the victim's family and eventually find his killer.

"There is a chromosome in every person which is carried from family member to family member and it's very specific," he said. "It's a specific breakdown for that person. So if we can kinda get a lab result on a SNP's DNA, ultimately if someone had done an ancestry test with that same chromosome, even if it's a third cousin twice removed we are able to kind of establish a family tree ... and work that family tree back to our possible victim."

If you have any information you are asked to contact the New York State Police Bureau of Criminal Investigation in Lockport at (716) 434-5589.