'Say what you did, take accountability for your actions and deal with what you have to deal with.' 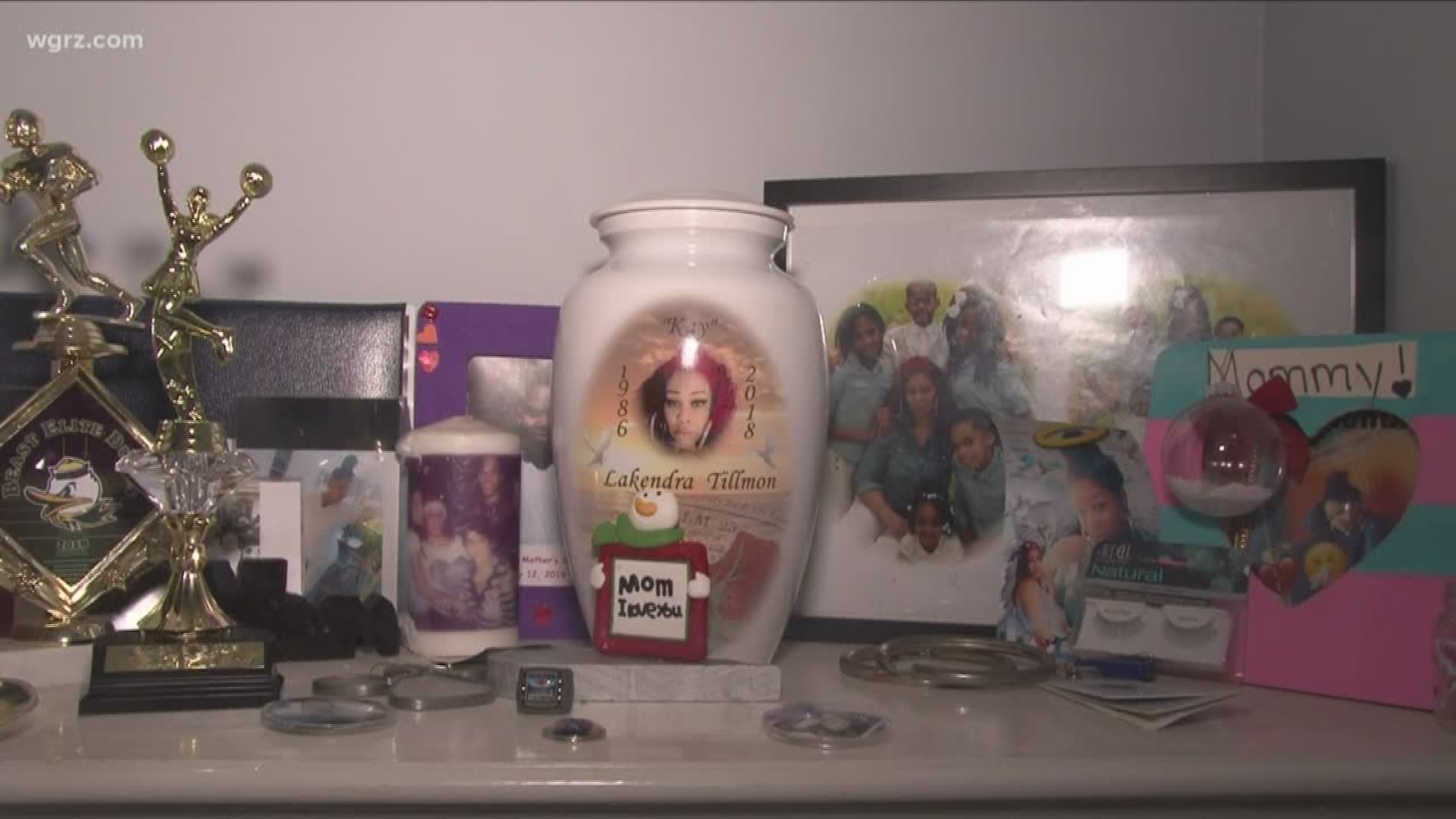 On that shelf, you'll see old photos and Mother's Day cards drawn by her children that surround an urn with her ashes.

"We talk about her all day every day. She is always on our mind," said Lakendra's sister, Tanisha Tillmon.

Lakendra Tillmon was a mother of five. Her children, ages 8 to 16, live with Tanisha and her two children.

In August of 2018, Tanisha said things were going well for her sister. She said she just got a new job.

On August 2, Lakendra was out getting her kids ready for school.

"She was taking two of her youngest children out. They were gonna do some school shopping. Her son was going to go get a haircut," Tillmon said.

That afternoon, Tillmon was at work and noticed her phone had numerous missed calls.

"It was kind of weird because I was getting calls from people that I talk to but not every single day, but it was back-to-back, so it made me a little nervous," Tillmon said. "I was at work, so I started calling everyone back. That's when they told me that she was rushed to ECMC. She had been shot, or she was in a car accident. They weren't really sure what happened."

Tillmon said she sped to Erie County Medical Center, where she was told Lakendra died.

She said Buffalo Police told her Lakendera was shot while driving on Butler
Avenue, then the car she was driving crashed. Her children were in the back seat.

"Her male friend was in the passenger side, his son and her two children, daughter and her son, were in the backseat," Tillmon said. "That was like the worst day of my life for me, but really for her children."

Lakendra's eldest daughter, Nevaeh Tillmon is 16 years old and dealing with the loss of her mother.

A year and a half later, no one has been charged with Lakendra's murder.

"We couldn't think of one person who would want to do that to her," Tillmon. "Say what you did, take accountability for your actions and deal with what you have to deal with."

If you have any information you are asked to contact the Buffalo Police Confidential Tipline at 847-2255.

RELATED: Unsolved: No one charged in $90,000 Amherst Best Buy theft