U.S. Attorney: Western New Yorkers will be charged if they were criminally involved in Capitol riot

According to U.S. Attorney James P. Kennedy, his office has received 'a number of leads and tips regarding yesterday’s events at the Capitol Building.' 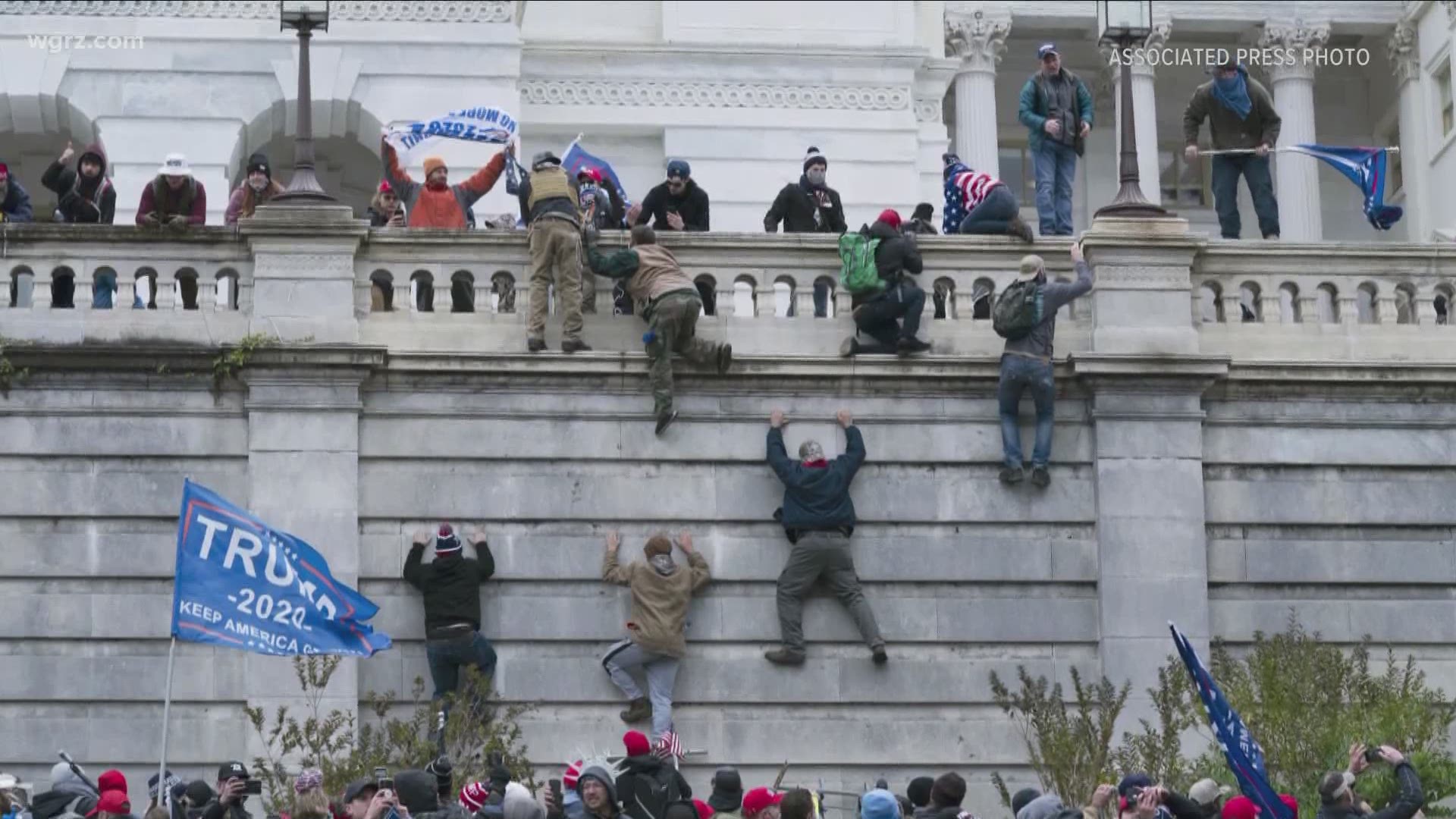 BUFFALO, N.Y. — The Western District U.S. Attorney James P. Kennedy, Jr. says his office is not taking the actions of those involved in the U.S. Capitol Building riots lightly.

According to Kennedy, his office has received "a number of leads and tips regarding yesterday’s events at the Capitol Building."

Kennedy says that United States Attorney's Office is investigating these tips, and that if any of them pan out to have a "legal nexus" between the crimes at the Capitol and their jurisdiction, they will press charges.

"We will not hesitate to charge those responsible," Kennedy said. "Violence is never an acceptable means of protest. We are one nation, and as such, the unity which comes from a shared respect for both the rule of law and one another represents our only hope for lasting solutions to the challenges we face. Escalating hostility and violence diminishes us all.”

Peter Yacobucci, an associate professor of political science at Buffalo State College, offers some analysis on the attack on the Capitol. https://t.co/LNuJ4XCPsp

Attorney Paul Cambria said sedition is among charges that could be on the table for the people involved in the capitol breach.

He explained, "Sedition could be basically forcibily trying to interfere with the execution of a law."

In this case, that was certifying the counting of the elector votes.

"You could also be charged with terrorism because there was some talk of pipe bombs being found. Pipe bombs would be considered weapons of mass destruction and when they are used in connection with destroying government property, that could be terrorism," said Cambria.

Cambria added, "and then of course there's destruction of government property, D.C. laws concerning assaulting or intimidating employees, destroying property and so on."