The shooting happened near the intersection of Burgard Place and Genesee Street. 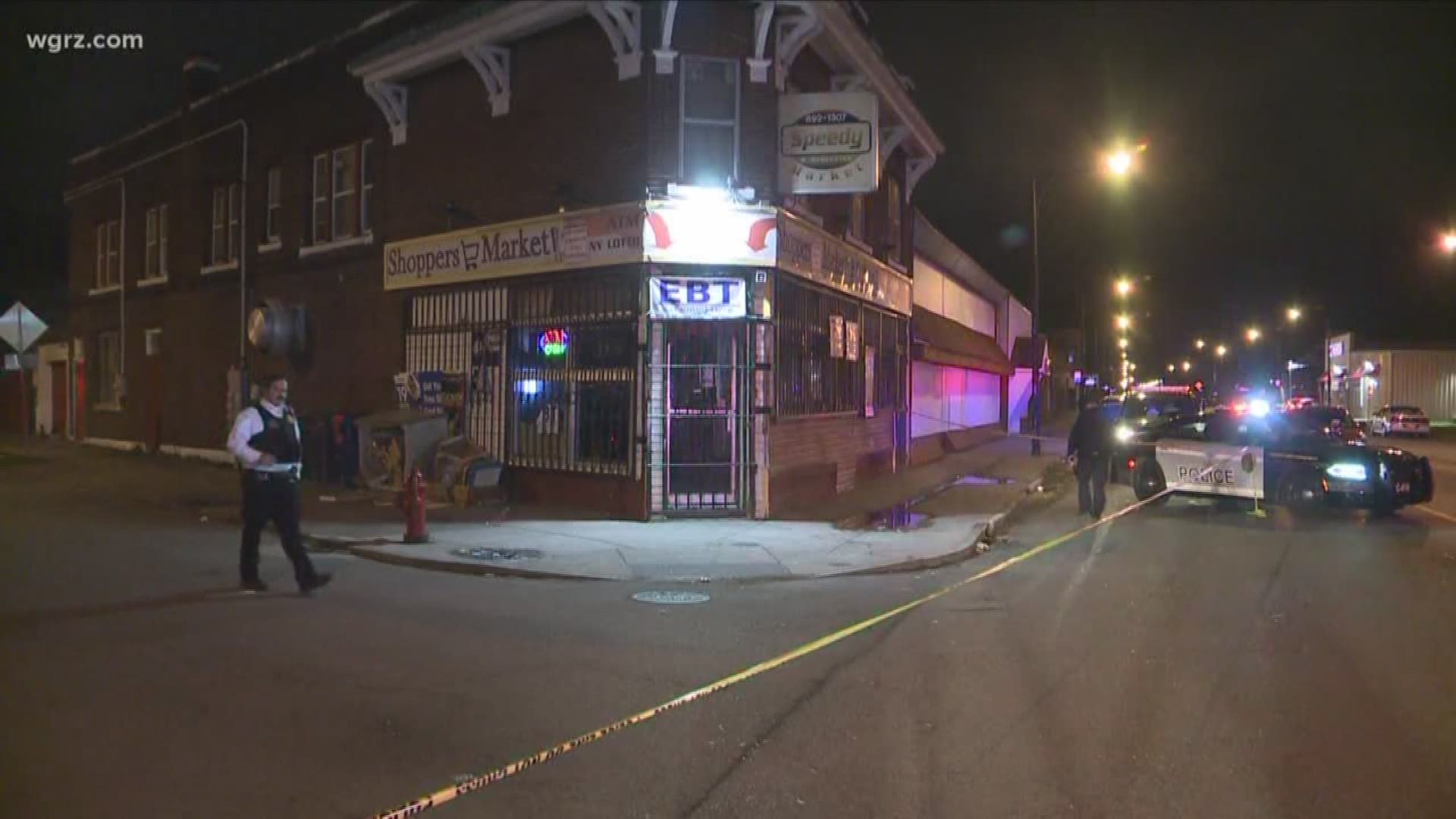 It happened around 9 p.m. near Genesee Street and Burgard Place.

Police say the victims were a 28-year-old man and 29-year-old man. Buffalo Police said Sunday that they have been treated and released.

Anyone with information on the shooting is asked to call or text the Buffalo Police confidential tip line at (716) 847-2255.