Timon Tigers play for Paul Humphrey, a football player who was shot and killed over the summer

Every player on the field wore a helmet with Paul's number on it, and one of his teammates even wore his jersey. 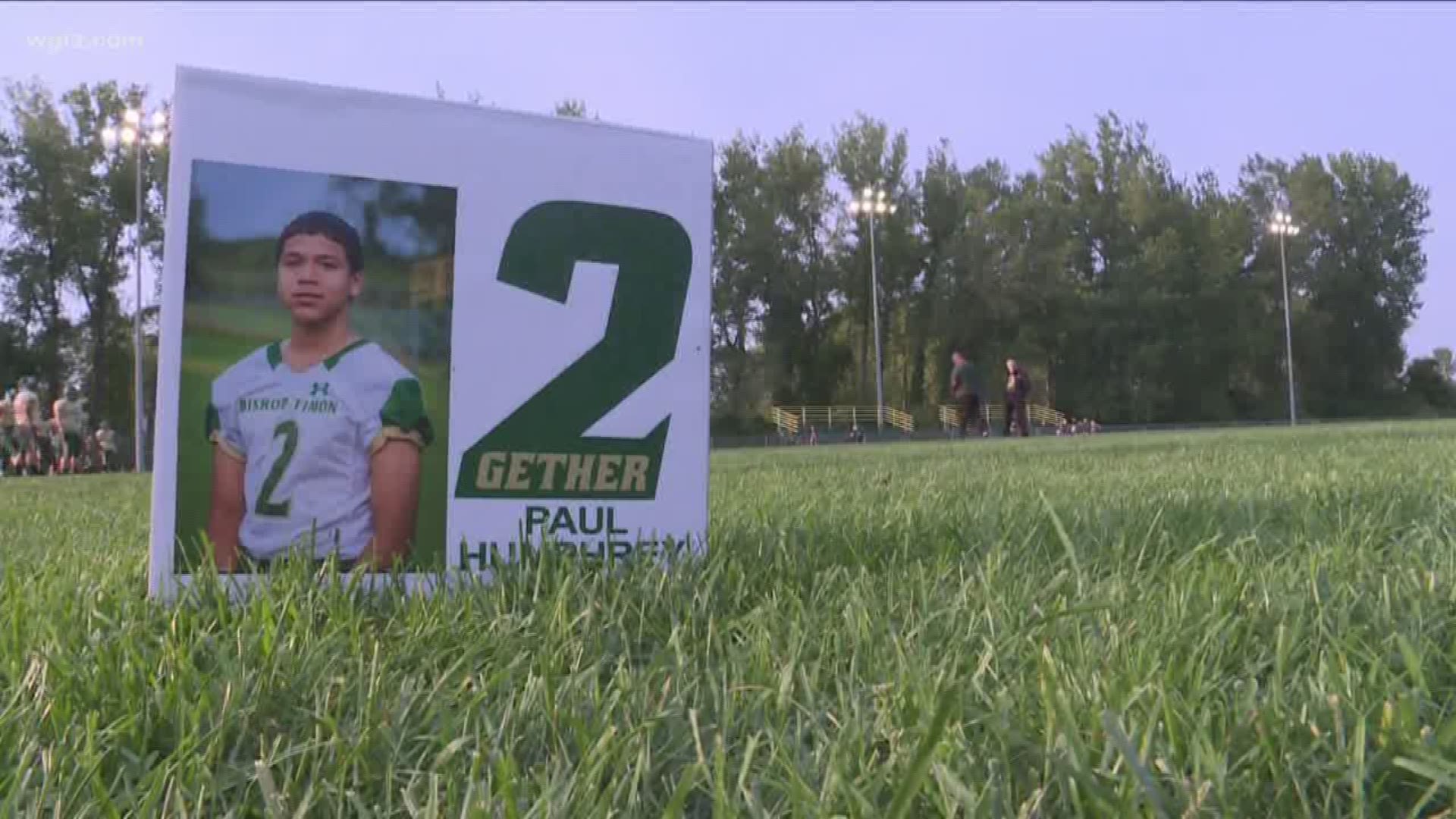 BUFFALO, N.Y. — Every player on the field wore a helmet with Paul's number on it, and one of his teammates even wore his jersey.

As the Timon Tigers took the field for their first home game, they brought with them the memory of Paul Humphrey.

The athletic director and football coach Joe Licata said, "Those guys are playing with Paul."

Two months ago, the 17-year-old was killed in a shooting on Briscoe Avenue. He would've been a junior at Bishop Timon-St. Jude High School this year.

Days after the shooting, hundreds of people came to prayer service held at the high school.

Friday night, Paul's teammate wore his jersey and every player on the field, even from the opposing team, wore his number 2 on their helmets.

"He was the life of the huddle I always say. He's always willing to crack a joke and he's one of those kids that just got the excitement there and got the people going," Licata told 2 On Your Side. "If a kid was having a bad day, he'd pull him aside and cheer him up. That was just the kind of kid he was."

Paul's family stood on the field before kickoff and the stands were filled with community members wearing shirts that read "2gether" in his honor.

The high school principal Dr. James Newton said, "There are hundreds and hundreds of people here to pay respect for Paul Humphrey, who would be on the football field tonight."

Those who knew him, describe Paul as someone who was always smiling and someone who loved being a part of the Bishop Timon-St. Jude community.

"South Buffalo is special. That's the only word that can describe it. Something as tragic as this has brought a lot of people together," said Licata.

The coach said in some ways that close bond with one another is what's getting the players through something they could've never prepared for.

He explained, "No matter what background you came from they all love each other. They're brothers so for one of their own to be taken ... words can't really describe it."

That's why a piece of Paul will stay with the team, not just for the first home game, but for the whole season.

"A lot of the kids wanted me to retire number 2 and not let anybody wear it. But I think this meant a lot more. To allow one kid each week to earn the right to wear that number," said Licata.

Proceeds from the 2gether t-shirts will go to help Paul's family.

Police have not yet made an arrest in his murder.