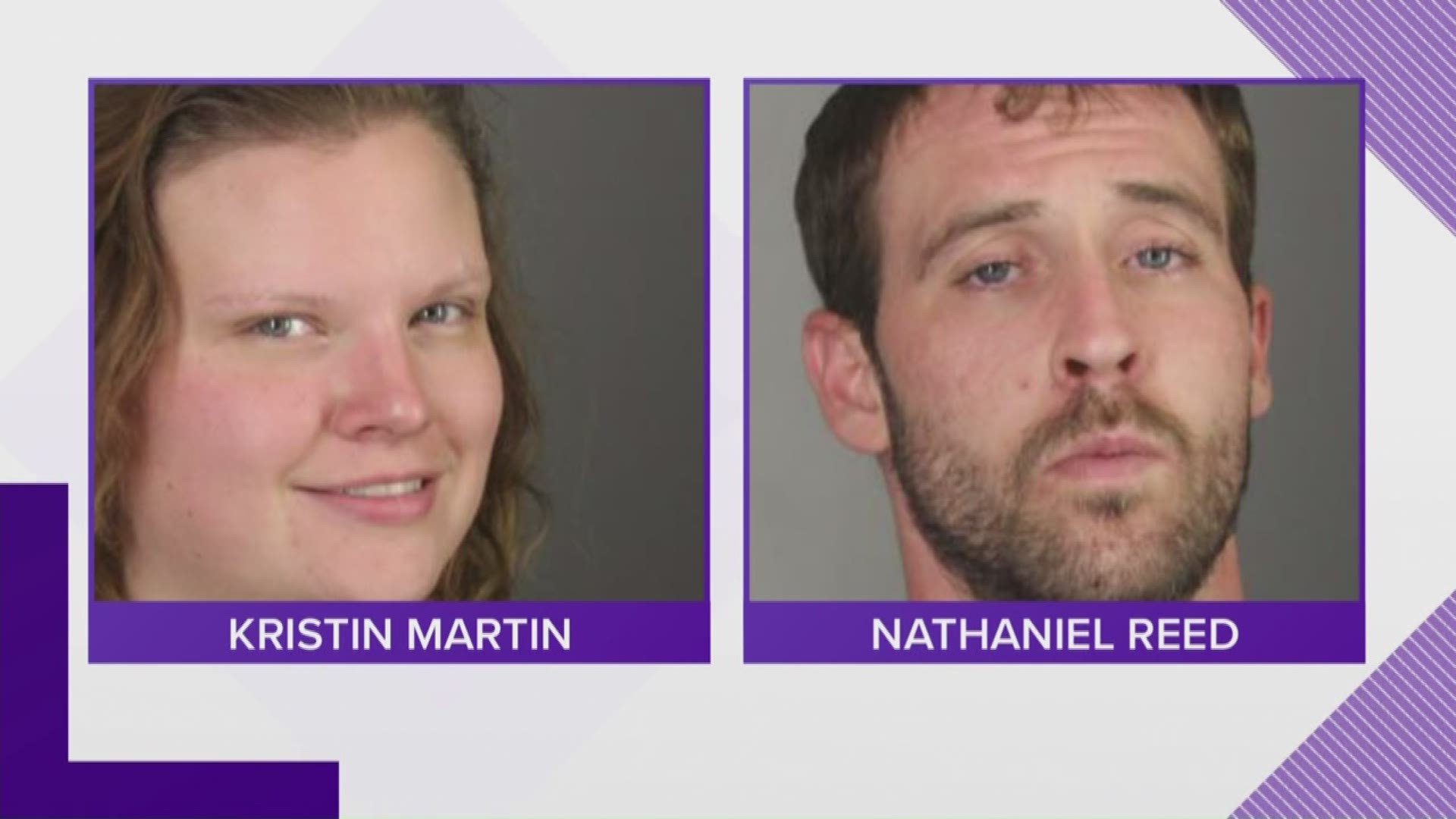 SPRINGVILLE, N.Y. — A Springville mother is facing several charges for allegedly allowing minors to drink alcohol and participate in marijuana-smoking contests in her apartment.

Investigators say they received complaints in July of minors drinking and using drugs in a Pearl Street apartment.

Kristin Martin, 33, is charged with nine counts of unlawful dealing with a child, nine counts of knowingly permitting minors into an establishment where controlled substance activity occurs, and one count of endangering the welfare of a child.

Deputies say they discovered four marijuana plants in the apartment during their investigation. Martin was additionally charged with unlawful growing of cannabis and a violation for unlawful possession of marijuana.

Deputies also say Martin was using crack cocaine and cocaine in the presence of minors at her Pearl Street apartment.

Nathaniel Reed, 32, who also lives at the apartment, was arrested on an outstanding warrant from the Town of Hamburg. He was also charged with criminal contempt, endangering the welfare of a child, and tampering with evidence.

Both were released on their own recognizance after their arraignments.

RELATED: Racist mailers say KKK will be at Niagara County Peach Festival in Lewiston on Saturday