Cameron Collins had pleaded guilty to one count of conspiracy to commit securities fraud. He also received a $150,000 fine and six months of home confinement. 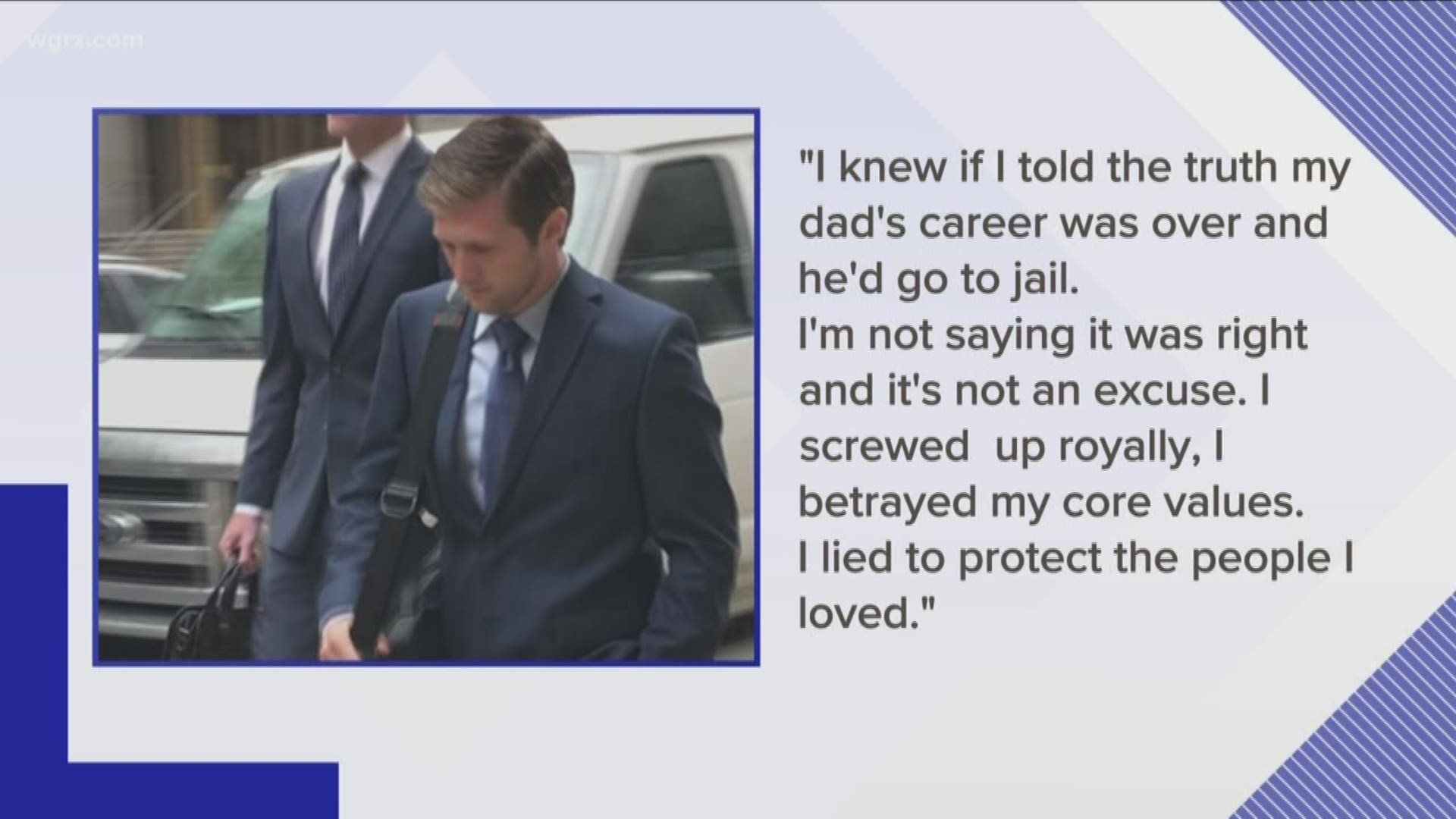 MANHATTAN, New York — The son of former Congressman Chris Collins made a tearful apology on Thursday to a judge, who then told him, "I'm going to give you a tremendous break."

Cameron Collins left the New York City federal courthouse without comment in the company of his mother, sister, and fiancé after learning his sentence would be five years of probation, including six months home confinement, 500 hours of community service, and a $150,000 fine.

Early in the sentencing proceeding, the government, which had been pushing for him to serve three to four years in prison, changed its stance, suggesting the younger Collins be sentenced to no more than the two-year term handed to his father last week, calling him the most culpable of all.

The defense also threw the elder Collins under the bus, saying Cameron didn't invite his dad to illegally pass the news of the failed drug trial, which would cause the stock price of Innate Immunotherapeutics, the Austrailian company of which Collins was a board member, to tank.

The defense added that it was his father, who up until then controlled Cameron's investment in that firm, who not only advised him to sell, but coached him how to do it in order to save more than $500,000 in losses.

Prosecutors still wanted some jail, though, insisting Cameron Collins was old enough to make his own decisions on what to do with the information his dad passed to him, and old enough to be held accountable for trading on it, and alerting others to sell.

Cameron said his dad was so distraught over the failure of the hoped-for M.S. drug, and his son's impending losses, that he felt that if he could sell to avoid his losses, it might make his father feel better.

Despite the defense characterization of Cameron's actions as a panicked one time act, the judge noted he had plenty of chances not to act illegally, including not lying to the FBI about what happened when they showed up at his door 10 months later.

When it became his turn to speak, Cameron addressed that, saying he was never so scared in his life, save for Thursday. 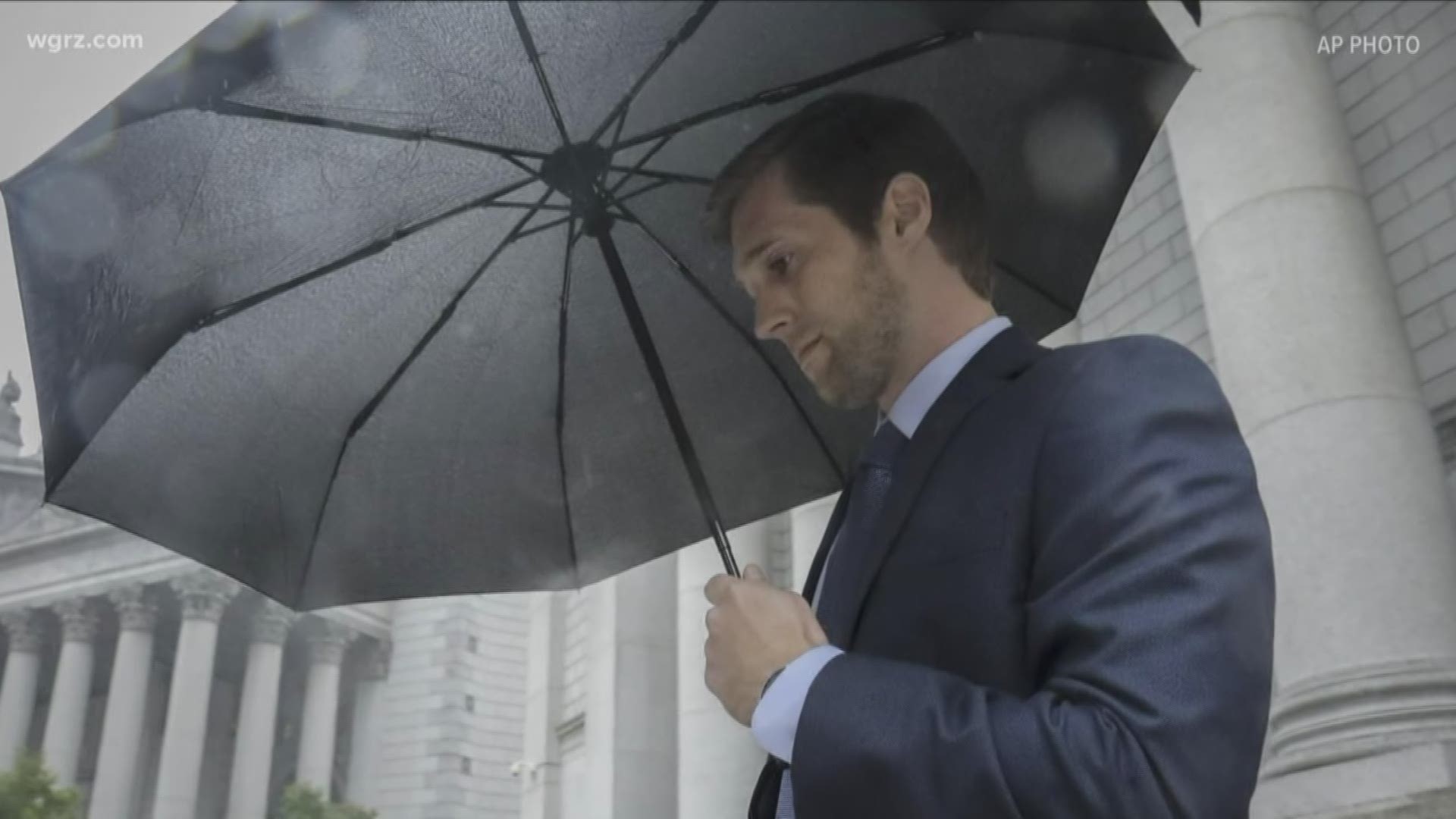 "I knew if I told the truth, my dad's career was over, and he''d go to jail," Cameron Collins told the court Thursday. "I'm not saying it was right, and it's not an excuse. I screwed up royally, I betrayed my core values. I lied to protect the people I loved."

Among those was a his future father in-law Stephen Zarsky, who Cameron encouraged to invest in Innate Immunotherapeutics, and whose impending loss he felt responsible for, and who he tipped off so that he wouldn't lose his money.

Zarsky is the third person indicted in this insider trading scheme, and he will be sentenced Friday.

Cameron Collins pleaded guilty last October to one count of conspiracy to commit securities fraud. Under his plea agreement, Cameron Collins could have faced 37 to 46 months in prison.